Even today, the number of new coronavirus confirmed cases is expected to be around 700. Although the spreading trend is seldom broken, the government said that considering various circumstances, it is not yet enough to reinforce quarantine regulations. 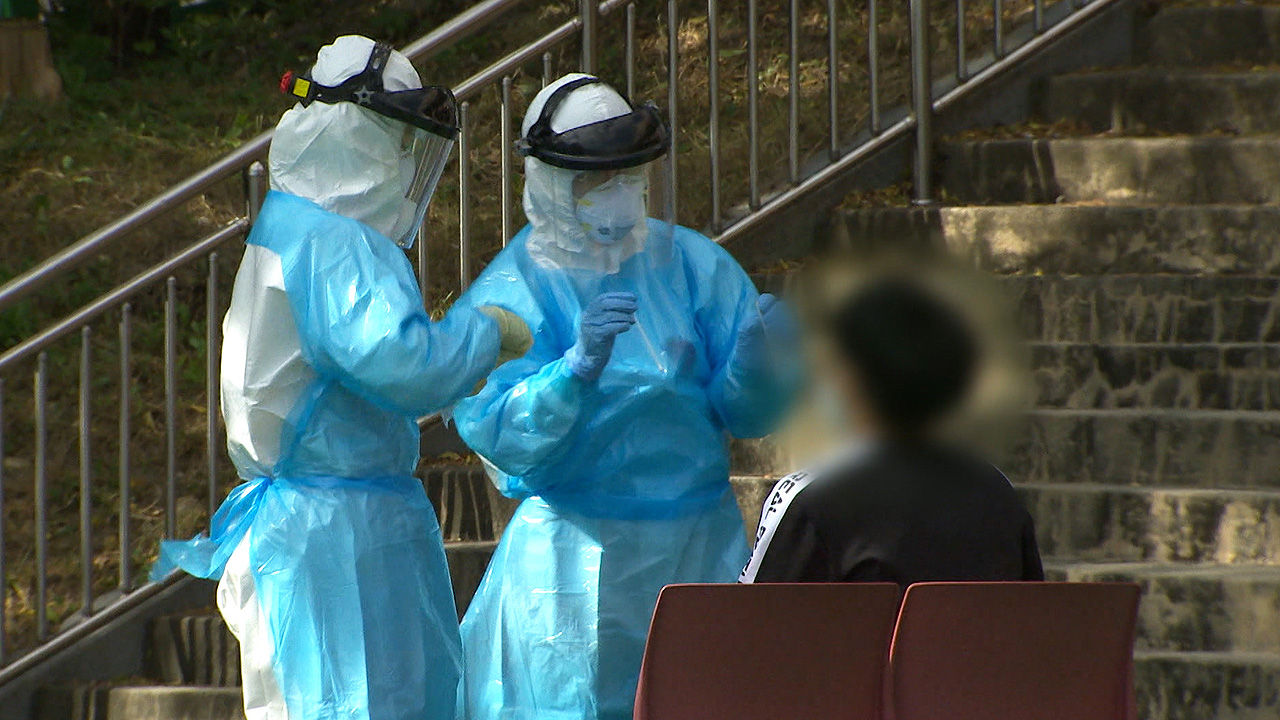 Today (22nd), the number of newly confirmed coronaviruses is expected to be around 700. Although the spreading trend is seldom broken, the government said that considering various circumstances, it is not yet enough to reinforce quarantine regulations.

The first news, this is reporter Jeong Ban-seok.

As of midnight, the number of new confirmed cases to be announced is expected to reach around 700.

Infection is spreading throughout everyday life, and 29 people have been confirmed so far in a building in Guro-gu, Seoul.

It started on one floor where the call center offices were gathered, and it was investigated that some employees did not properly wear masks in an environment where ventilation or distance was insufficient.

It is also believed that the virus has spread to other offices through toilets or smoking rooms.

The quarantine authorities determined that strengthening measures for quarantine, such as moving the business hours of multi-use facilities from 10 p.m. to 9 p.m., are not yet necessary.

Last December, when the tertiary epidemic was in full swing, only 8% of critically ill beds were available, but now I heard that it is close to 80%.

[Hong Nam-ki/Prime Minister's Acting: Medical competency and vaccine distribution (3rd outbreak) When comparing the current situation and the conditions at the time, I hope that you do not have excessive fear and anxiety while maintaining a sense of tension.]

The government is putting the weight of quarantine on the side of greatly increasing the capacity of preemptive inspection rather than raising the distance.

From next month, it is decided to conduct a pilot test for the schools in Seoul and Ulsan where the confirmed cases occurred, as well as in neighboring schools.

Students and staff at the school can undergo diagnostic tests if they wish, even if they do not have symptoms.