Seoul Mayor Oh Se-hoon apologized at the briefing room of Seoul City Hall this morning for the incident of sexual harassment and sexual assault that occurred during former Seoul Mayor Park Won-soon. The following is the full text of Mayor Oh's apology. 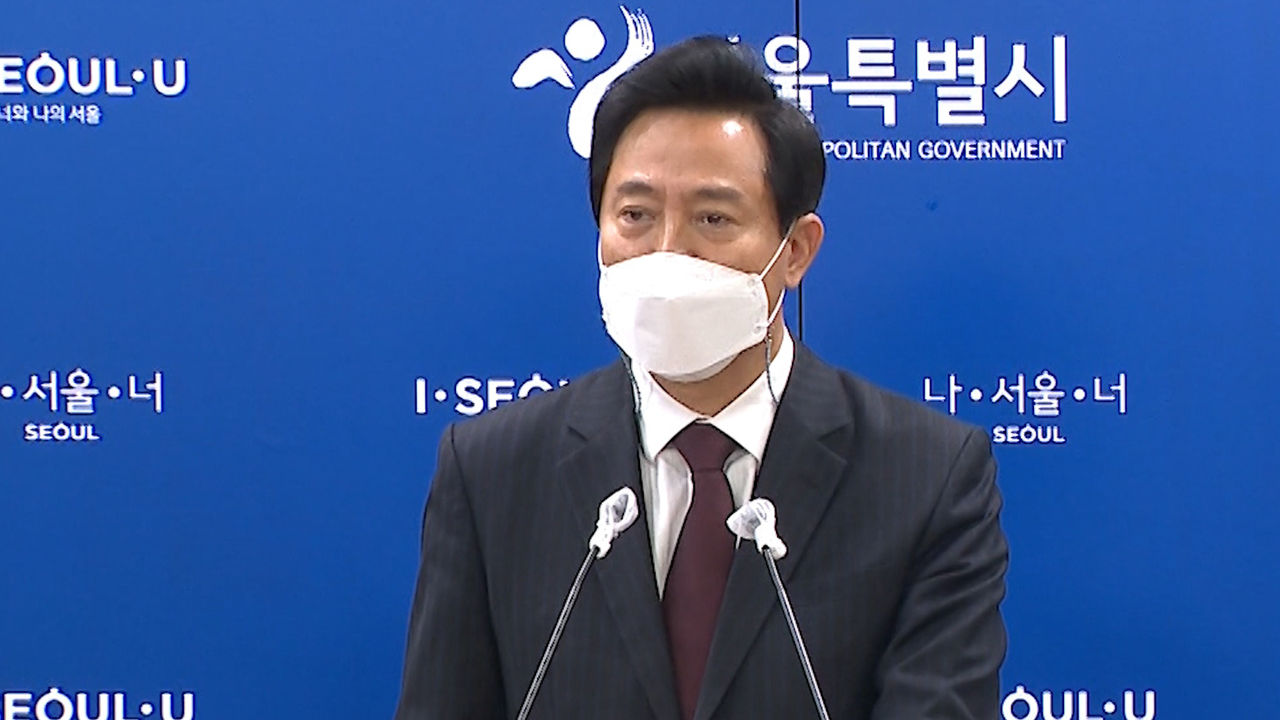 Seoul Mayor Oh Se-hoon apologized for the incident of sexual harassment and sexual violence during his tenure as former Seoul Mayor Park Won-soon in a briefing room at the Seoul City Hall on the morning of the 20th.

The following is the full text of Mayor Oh's apology.

sincerely apologize for the incident of sexual harassment and sexual violence while serving as the mayor.

As the current Mayor of Seoul City, I sincerely apologize for the incidents of sexual harassment and sexual violence that occurred during my former mayor's tenure.

I would like to express my deep consolation to the victims and their families who have had a hard time beyond words for the past year or so.

As soon as the incident occurred, the Seoul Metropolitan Government was very lacking in response to the second offense to the victims as well as to respond properly and promptly.

To make matters worse, as the former mayor's funeral was held as the head of the Seoul institution, and watching the incense burner installed in the Seoul Plaza, I think the victim would have had to despair in front of another tremendous power.

I have already pledged to support victims' return to work, and pledged to establish a dedicated special organization consisting only of external experts who are completely independent from the market in order to prevent recurrence of the same or similar sex crime incidents.

I have already met the victim and discussed the issue of returning to work, and it is proceeding smoothly.

However, instead of staying here, we also implemented personnel orders from personnel who were in charge of personnel issues and funeral issues at the time of the incident.

But this doesn't end everything.

Everyone in the organization must be different to ensure that the victims return to their stable routine, as well as to prevent this from happening again within our organization.

It is said that cases of sexual harassment have not been eradicated in our Seoul City Hall.

It cannot be denied that this is because we have stayed with tinkering prescriptions, such as issuing a telegram whenever a sexual abuse incident occurs.

Now it really needs to change.

We declare that we will immediately introduce the'One Strike Out System'.

At the same time, we promise that even if secondary damage is inflicted to protect victims of sexual harassment and sexual violence, there will be no tolerance.

The'Sexual Harassment and Sexual Violence Deliberation Committee' recommended by the National Human Rights Commission will also be upgraded and operated as a'dedicated special organization' consisting only of external experts who are completely independent from the market as I promised.

Here, we will open a hotline for reporting sexual abuse incidents.

In addition, regarding sexual harassment and sexual violence education, we will introduce a 100% compulsory completion system not only for the headquarters of the Seoul Metropolitan Government, but also for all members of the headquarters and business offices, as well as the corporation and industrial complex, as well as contributing organizations.

No matter how well established a system is, it will be of no use if the members of the organization adhere to it and do not comply with it.

In order to restore the honor of our poor city and to truly become an organization for the citizens of Seoul, all members of the city must work together.

Our organizational culture is what we create ourselves. I will take the initiative. We look forward to your cooperation.