"The first module is already in operation": how its own orbital station will affect the Russian space program

The first module of the new Russian space station will be ready in 2025. This was announced by the head of Roscosmos Dmitry Rogozin. We are talking about a scientific and energy module, which will become the basis of a new orbital complex. Earlier it became known that Russia has decided to withdraw from the International Space Station project due to the deterioration of its technical condition. Experts note that the creation of its own independent orbital station will enhance the capabilities of the Russian space program and accelerate the development of near-earth space. 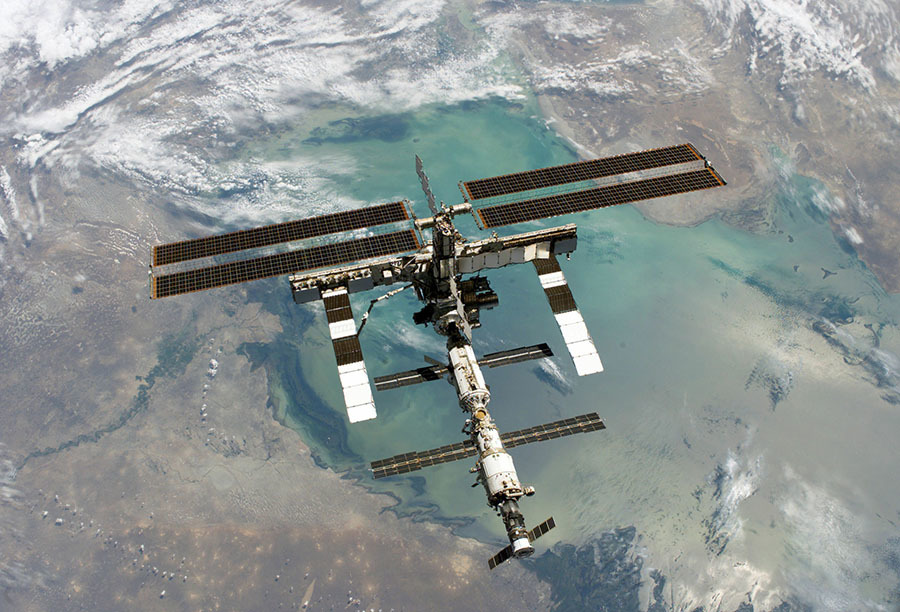 The head of Roscosmos Dmitry Rogozin said that the first module of the new Russian space station will be ready in 2025.

“The first base module for the new Russian space service station is already in operation.

The Rocket and Space Corporation Energia has been tasked with ensuring its readiness for launch into the target orbit in 2025, "the head of the state corporation wrote in his Telegram channel.

In the video that accompanied the message, it was indicated that the scientific and energy module (SEM) of the new station was under construction.

On the eve, Dmitry Rogozin said that the Russian Federation will not cut the program of experiments on the ISS until the launch of the national orbital station.

Vladimir Daneev, deputy director of the Roscosmos manned programs department, announced in November 2020 that the launch of the module is scheduled for 2024.

It is noted that the working volume of the module will be about 30 cubic meters.

m, while he will be able to generate 18 kW of electricity per day.

Rogozin announced the construction of a new module shortly after news of Russia's decision to withdraw from the International Space Station project from 2025.

About this on April 18 on the air of the TV channel "Russia 1" in the program "Moscow.

According to Borisov, the Russian side intends to notify international partners of its decision.

It was noted that in this regard, Russia plans to start creating a new national orbital station.

The statement was made on Cosmonautics Day, April 12, at a meeting with Russian President Vladimir Putin.

Borisov later said that the condition of the ISS could cause serious problems in the future.

“We cannot endanger the life of (astronauts).

The situation, which today is associated with the aging of the structure, iron, can lead to irreversible consequences - before the catastrophe.

This should not be allowed, ”the Deputy Prime Minister explained.

Yuri Borisov stressed that Russia is capable of independently building an orbital station and that it can be located above the ISS, that is, it can be high-orbit.

In addition, it can be used as a staging post for the exploration of the Moon and lunar space, the Deputy Prime Minister added.

Back in November 2020, Vladimir Soloviev, Flight Director of the ISS Russian Segment, First Deputy General Designer for Flight Operation, Testing of Rocket and Space Complexes and Systems of RSC Energia, said that the corporation's specialists predict "an avalanche-like failure of numerous elements on board the ISS" after 2025 ...

“There are already a number of elements that are seriously damaged by damage and are going out of service.

Many of them cannot be replaced, "Solovyov noted then.

The flight director said that due to the increased costs, Energia specialists consider it necessary to revise the timing of further participation in the project.

The service life of the ISS expires in 2024, however, there were earlier reports of a possible extension of its operation until 2030.

Last year, Roskosmos reported on negotiations with NASA and other foreign space agencies on the future of the ISS.

It is worth noting that 2024 was not the initial date for the completion of the ISS.

It was planned that the station was to be decommissioned in 2015.

However, the heads of space agencies have agreed to extend the station's operation until 2020.

Subsequently, the service life of the ISS was extended once again.

As the head of the Institute of Space Policy, Ivan Moiseev, noted in an interview with RT, the increasing number of breakdowns and air leaks from the ISS suggests that it can no longer be used safely.

“According to the original plan, the ISS was supposed to complete its work in 2015, but its service life was extended for a long time.

Most likely, the decision to leave the program and build its own station was influenced by the occurrence of cracks, which indicate fatigue of the material.

They mean that it is no longer possible to give guarantees for a long service life, ”the expert explained.

Recall that in September 2019, a small air leak was recorded at the station.

The first crack in the intermediate chamber of the Zvezda module was discovered by the crew in October 2020, and it was repaired in March 2021.

Later it became known about the presence of a second crack, which was also repaired by the crew.

Nevertheless, the astronauts reported that the leak from the intermediate chamber of the Zvezda module continues.

To compensate for the leakage, the station must be regularly pressurized with air, nitrogen and oxygen.

For this, both the station's own stocks and those brought from Earth on cargo ships are used.

According to Nathan Eismont, a researcher at the Space Research Institute of the Russian Academy of Sciences, the deadline for launching a new orbital module into space, voiced by Rogozin, is quite realistic.

Roskosmos can do this by 2025 if the previous developments are used to the maximum.

Considering that most of the components of the modules that now make up the ISS were manufactured at the M.V.

Khrunichev, Russia will be able to implement this project, ”the expert noted.

At the same time, the new station will be more technologically advanced, says Nathan Eismont.

“I am sure that over the next four years there will be movement towards improving the achievements and technical characteristics already achieved.

It will be a more modern station with improved capabilities, ”the source told RT.

According to Eismont, "it is definitely positive that Russia will have an independent orbital station."

In turn, the vice-president of the Russian Federation of Cosmonautics, Oleg Mukhin, told RT that Russia today has all the necessary technologies in order to create its own station.

“This is a task that Russia is capable of realizing.

At one time, the Russian Federation began to make the ISS, created and launched the first units, and only after that other countries joined this process, ”Oleg Mukhin recalled.

He also noted that since the time of the Soviet Mir station and the start of the ISS, technologies have gone far ahead, so the new space station will become more advanced and will have great potential.

“The USSR already had successful Salyut and Mir stations, and Roscosmos will be able to implement this plan.

Its own orbital station will allow Russia not to depend on anyone in the implementation of its space program and to independently solve the problems of the development of near-earth space, ”concluded Mukhin.