The CoviPrev survey, from Public Health France, shows that since the start of the epidemic, the number of people in psychological distress has increased. Last March, awareness spots and a… 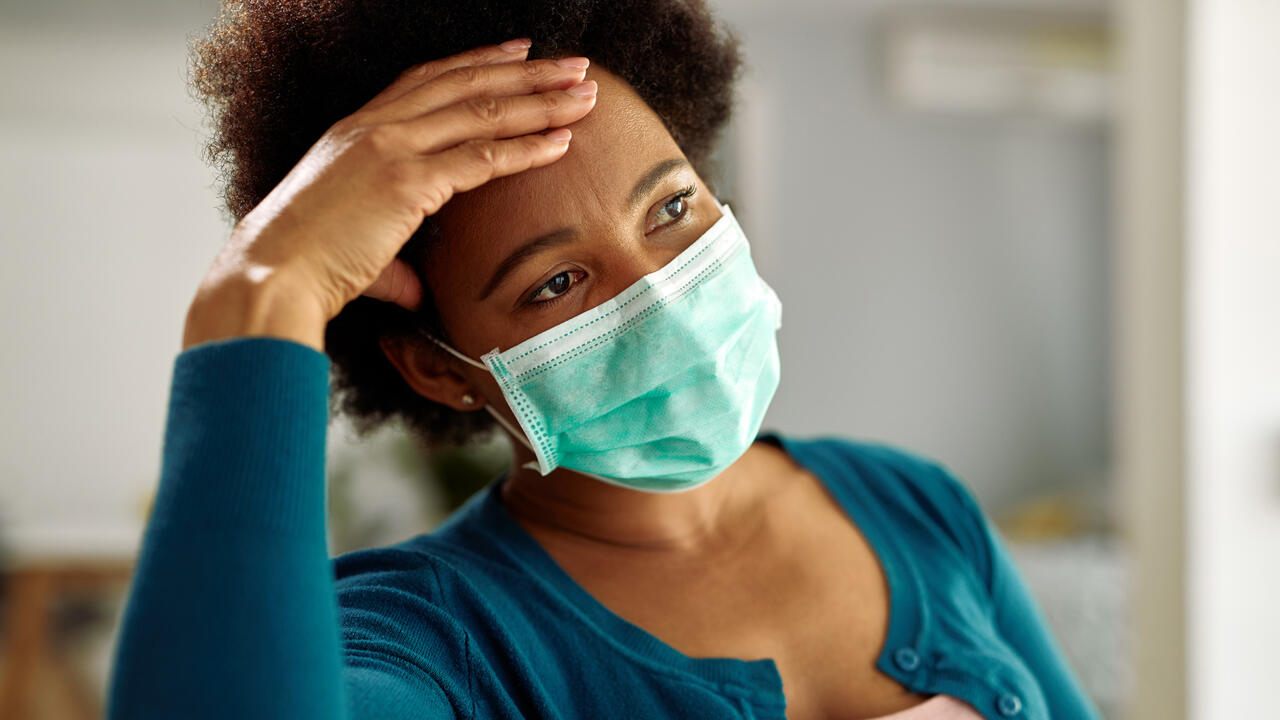 What are the effects of the health crisis on our mental health?

The CoviPrev survey, from Public Health France, shows that since the start of the epidemic, the number of people in psychological distress has increased.

Last March, awareness spots and a remote assistance system through websites and free telephone numbers were set up.

The effects of Covid-19 are physically destructive, but less is said about its social and psychological consequences.

They range from depression to post traumatic stress disorder, particularly when one has been confronted with illness or bereavement.

This results in the loss of the desire to engage in usual activities, it can be a feeling of guilt, but also a loss of appetite or sleep.

You can be prone to generalized anxiety, being constantly tense, upset, or feeling like something horrible is going to happen all the time.

Some people also suffer from somatic symptoms such as a lump in the stomach or a knotted stomach.

They may be constantly agitated and unable to hold in place, and in some, more severe cases, panic attacks.

Mental health changes with the epidemic

The CoviPrev study, a declarative survey in the general population over the age of 18, was launched by Santé Publique France in March 2020. The results show that at the start of the crisis in the spring, the situation resulted in Very high anxiety symptoms in the population due to the inability to understand what was to come, who were at risk, and how to protect yourself.

During the summer, people were able to get on with their lives, but since the fall and the second confinement, anxiety levels have risen: the epidemic is not over, we are overwhelmed by little information. reassuring on the evolution of the disease, on the variants in particular.

Prevention measures, confinement, teleworking, the closing of universities also have an impact on the social life of people who feel very isolated.

And in the background, we must add the social and economic crisis which is already affecting the world and which is likely to worsen.

It is therefore a very anxiety-provoking situation which results in very high levels of depression and anxiety.

The Public Health France survey which took place from March 15 to 17, 2021, shows that 20% of French people surveyed suffer from a depressive state, and that 9% have suicidal thoughts, i.e. +10 points and +4 respectively. points compared to the situation before the epidemic.

We are not all psychologically equal in the face of the crisis.

For more than 10 years, within the Pierre Louis Institute of Epidemiology and Public Health / INSERM, the TEMPO cohort has made it possible to monitor the mental health of nearly 1,200 people, and specific monitoring has been set up since the start of the health crisis.

For Maria Melchior, epidemiologist, research director at INSERM and who works with the TEMPO cohort, there is clearly a socio-economic discriminator: “

It's very clear, but it's true everywhere in the world, studies show that the crisis worsens social inequalities:

people who are isolated, who have lost their jobs or are at risk of losing them, people who have financial difficulties due to the crisis, are those on whom the psychological impact is the greatest

In another study, concerning populations in great precariousness of which 90% are immigrants, Maria Melchior observes that the risk of depression is even higher than in the general population, because not only their living conditions have deteriorated. - loss of job, of housing -, but in addition: "

all the administrative procedures slowed down or stopped, which contributes to the anxiety of these people who want to file asylum requests or ask for their regularization

Studies conducted abroad, which the scientist also considers valid in France, show that this socio-economic discriminator is also visible among caregivers: if 25% suffer from symptoms of depression and up to 20% from symptoms of stress. post traumatic, these figures mainly concern nurses, nursing aides and orderlies, while doctors remain unchanged.

Parents in the TEMPO cohort report symptoms of anxiety in children up to 10 years of age, due to the closure of schools, sports clubs and the general disorganization of schedules by periods of confinement.

This anxiety is reflected in particular by overactivity of the children.

Young people, from their teens to their thirties, are those whose lives have been most disrupted by the epidemic - university courses via the internet, loss of student jobs, some having to return home. parents, lack of a clearly identifiable future - they are therefore particularly prone to anxiety.

Young adolescents show the most eating disorders and suicidal thoughts.

If during the first confinement, hospital databases, in France as in other countries, had rather shown a drop in suicide attempts, the monitoring set up by Public Health France and based on data from emergency services hospitals, going until the beginning of this year, however, indicates an increase in suicide attempts among children under 15 (graph below).

The experience of previous crises, in 1929, 2008 and 2011, shows that the socio-economic and psychological consequences are still felt long after the end of the crises, in particular with an increase in suicides up to 3 years later. .

However, the Covid-19 crisis, which is not over, affects society in all its forms.

The economy is faltering today in most countries and socio-economic uncertainty such as that of future health prevails;

the questions are vast and the models of society are called into question by the pandemic.

The consequences of the current health crisis are therefore likely to be felt in the long term, hence the need for long-term psychological monitoring.

Telephone and internet platforms are now open to direct those who feel psychologically weakened towards reception structures.

To preserve our mental health and anticipate the future, doctors and researchers today recommend not to remain isolated, and as much as possible, to keep a work routine, a family life and social relationships, even virtual ones.

In Europe, hospitals face the threat of a wave of "burn out" and resignations

Child psychiatry: "If we want our children to be well, we must be strong"

France: the authorities show their willingness to take care of nursing staff