Citroën dares to take on the normal family car again: this is the C5 X

It has been four years ago that the curtain fell for the Citroën C5 in the Netherlands. But now there is a successor: the C5 X. It turns out to be an ordinary family car, with a lot of luxury and comfort, which surprisingly escapes the SUV hype. 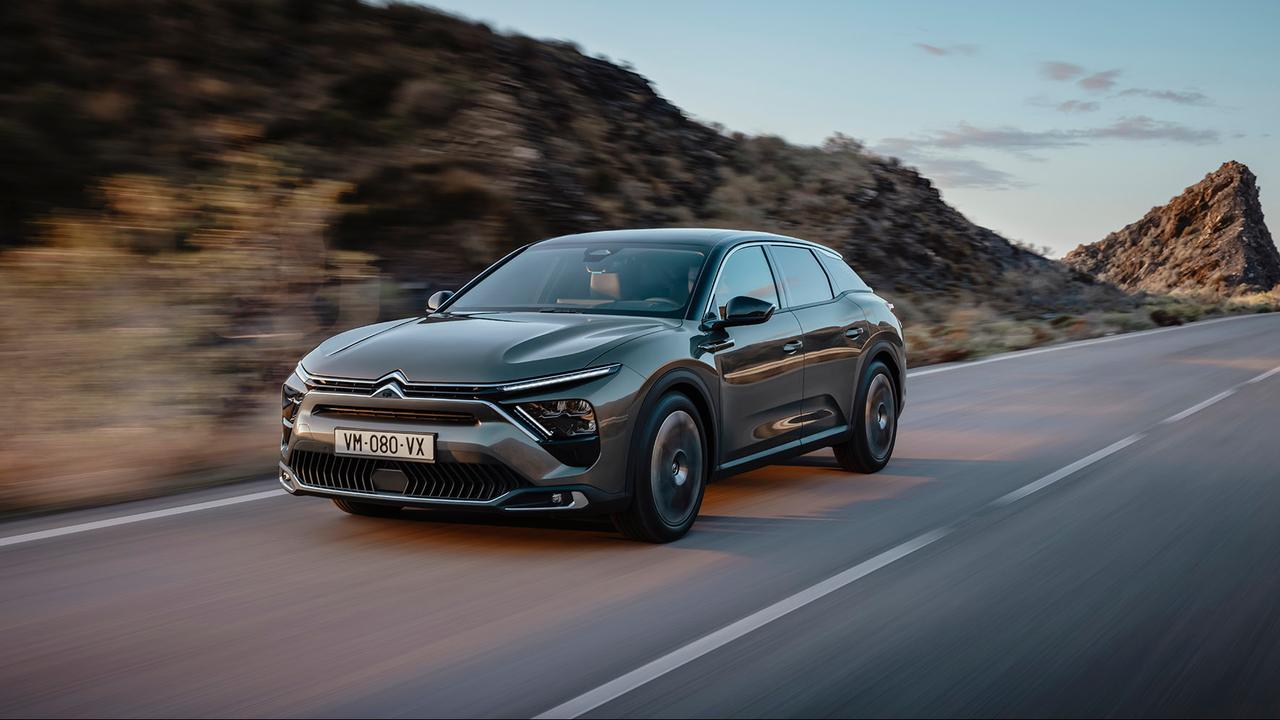 It has been four years ago that the curtain fell for the Citroën C5 in the Netherlands.

But now there is a successor: the C5 X. It turns out to be an ordinary family car, with a lot of luxury and comfort, which surprisingly escapes the SUV hype.

Few car manufacturers nowadays dare to introduce a new car that is not an SUV.

Sedans, station wagons and hatchbacks that have been popular for years simply will no longer have a successor.

Volkswagen, for example, refuses to release the new Passat as a sedan.

It will soon only be available as a station wagon.

Ford also gives in with the Mondeo;

that car will not get a successor next year.

It is all the more striking that Citroën is not presenting yet another SUV with the new C5.

Although many new Citroën SUVs have also appeared on the road in recent years, swimming against the tide is still a tradition at this brand.

The new generation of the C5 is called C5 X, will come to the Netherlands in the second half of this year and will therefore be immediately available as a plug-in hybrid.

The X in the name is a reference to the 2016 CXperience Concept on which the design is based, but also to the fact that this newcomer is a mixture of several body styles.

According to Citroën, it combines a sedan with a station wagon, but has the ground clearance of an SUV.

The C5 X is 4.81 meters long, which is no less than 30 centimeters longer than the C5 Aircross, one of the brand's current SUVs.

In terms of dimensions, the C5 X is therefore closer to the 4.75 meter long Peugeot 508. The luggage compartment has a generous capacity of 545 liters.

If you throw the back seat flat, you can store 1,640 liters of material.

An electric C5 X is not yet in the barrel, but that does not mean that Citroën's new top model has to do without any form of electrification.

On the contrary, the C5 X comes to the market as a plug-in hybrid immediately upon its introduction.

This C5 X Plug-in Hybrid has a system power of 225 hp and must be able to travel more than 50 kilometers completely electrically.

Its top speed is then 135 kilometers per hour.

Although Citroën is only releasing extensive technical specifications in the run-up to the market launch that takes place in the second half of this year, the powertrain of the plug-in hybrid C5 Aircross Hybrid gives a good indication of what we can expect from that plug-C5 X, according to Citroën. .

The battery pack of the C5 Aircross Hybrid has a capacity of 13.2 kWh and the C5 X Plug-in Hybrid will probably get the same.

Diesel engines do not get the C5 X.

The dashboard of the C5 X somewhat resembles that of the new C4 and is therefore completely Citroën New Style.

Behind the wheel you see a digital instrumentation and in the center of the center console is a 12-inch touch screen.

The new infotainment system is called My Citroën Drive Plus and is completely new, complete with widgets and customizable menus.

Those who wish can also give voice commands.

Depending on the chosen version, the C5 X, just like the new DS 4, has an Extended Head-up Display.

The Citroën C5 X gets a lot of comfort, also thanks to the chosen chassis technology.

The Citroën C5 X gets a lot of comfort, also thanks to the chosen chassis technology.

Citroen promises that the space in the back seat of the C5 X is more than ample.

A lot of legroom is of course already conducive to comfort, but the butter-soft Advanced Comfort Seats are just as much.

Citroën gives it the Advanced Comfort suspension with Progressive Hydraulic Cushions as standard.

In the case of the C5 X Plug-in Hybrid, adaptive dampers are even involved.

More technical indulgence comes in the form of an extensive package of passive and active safety systems.

Prices and detailed technical specifications are not yet known, which will follow in the run-up to the market launch in the second half of this year.

All specifications of previous generations of the Citroën C5 can be found here in the AutoWeek database.