Perhaps some reader - few, if they already knew us - has been surprised that in the first blind tasting of the elmundovino team on their return to activity in METRÓPOLI they stayed in cab 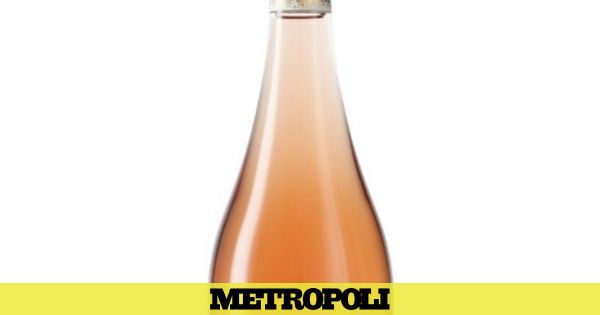 Perhaps some reader - few, if they already knew us - has been surprised that in the first blind tasting of the elmundovino team on their return to activity at METRÓPOLI, two wines made in the Ribera del Duero by a French winemaker and winemaker were at the forefront. ,

Well, it is neither the only one nor we never lacked key figures from abroad in the development of our wines, and we do not need to go back to the first -Greek or Phoenician- who planted the vine here, which is not native to the Iberian Peninsula. .

The very varied Spanish vineyards, with their splendid landscapes of all kinds, have been a

- and some Americans - in the last couple of centuries.

The novelty of the most recent period is that more wine growers than investors or traders are already settling in.

From the 18th century, merchants and winemakers of foreign origin were the ones who gave a huge international boost to the fortified wines from the Jerez region: Garvey (Irish), Osborne, Harvey, Williams, Humbert, Gordon, Sandeman, Byass (British) o Domecq, Lustau and Pémartin (French).

(Then, in the crisis caused by overproduction and falling prices half a century ago, it was Dutch supermarket chains that collaborated in this decline).

Now that the setting is being reborn, foreigners of a different kind are returning there: the famous Champagne winegrower,

Sisseck, of course, was already the most famous of the foreigners active in Spain of the current era, with his Ribera del Duero bodeguita in which he produces the most famous and sought-after red of today, the Pingus.

Also old is the foreign influence in another classic area of ​​Andalusia, Malaga, whose sweet wines were more successful outside of Spain than here.

Today, and with the Prince of Hohenlohe as a pioneer years ago, another area of ​​Malaga, that of Ronda - high altitude, suitable for dry, white or red wines - has attracted its cohort of winegrowers from Saxon Europe:

The great classic area of ​​the northern half, Rioja, did not begin to develop strongly until its isolation was solved with the arrival of the railroad to Haro and Logroño in the mid-nineteenth century.

And the French touch - from Bordeaux, its neighbor to the north - came from the hand of some winery managers - the predecessors of modern winemakers - hired by the rich and noble landowners there.

The most famous was

, 'chai chef' at Château Lanessan, recommended to the Diputación de Álava by the Marquis de Riscal - who lived in exile in Bordeaux - for that interesting project of the Médoc Alavés, which unfortunately did not last long.

But it was the Marquis himself who recovered Pineau and with him launched his Elciego winery to fame.

In the new wave of winegrowers and winemakers from La Rioja more attached to the terroir, to the wines of the region, which their predecessors are not lacking in French, such as

, who has already made an international name and has also produced great wines in Navarra and the Ribera del Arlanza.

The French are perhaps today the most represented in all areas of Spain: there is

in the Ribera, of course, and also

(advisor from Galicia to the Mediterranean).

, a famous surname in Bordeaux, has several wineries in the framework of the Douro within his European-American empire, and we see him here frequently, but in passing.

Perhaps the most exotic are the Argentines

, from Mendoza, where the Michelini surname is very famous, and settled since 2015 in El Bierzo, where they have recovered wonderful Mencía vineyards.

Also surprising is the presence in the heart of Aragon of

, 'the flying Dutchman', a 'Master of Wine' whose wines, particularly the Grenache, are highly valued.

In Catalonia, foreign participation has always been important: the Alsatian

founded in 1851 the Tarragona winery specializing in sweet wines that for a long time would have the exclusive power of mass wine for the Vatican.

The recovery, or revolution, of the forgotten Priorat shortly before 1990 by those young pioneers who became famous also included the Swiss-American

, heir to a famous name (whose brand had already been sold), from the that few know that the family, who arrived from France when phylloxera destroyed the vineyards of all Europe, have always kept the French passport despite being from the land like the most.

From the next generation of winegrowers Prioratina stands out a German,

(Terroir al Lìmit), who like Sourdais, Sisseck or Rivière, is already a universal figure: take a look at the notes they give them from The Wine Advocate, the publication of Robert Parker, and his Spanish taster, Luis Gutiérrez, to the elmundovino team.

Everyone we have met loves this country and its vineyards with passion, and they are not planning to move from here.

A pleasure to know, now that so many compatriots seem to be so unhappy ...

Domain of the Bendito (DO Toro).

Michelini and Muffatto (DO Bierzo).

The Flying Scotsman (DO Calatayud).