"It came out from a sbuck salad"... Store and headquarters'temperature difference'

It is a real-time e-news that looks at the news that became hot topics on the Internet overnight. An alumni testimony came out that Kim Tae-hyun, who was arrested for murdering three mothers and daughters in an apartment in Seoul, was suddenly outraged when he was in school. 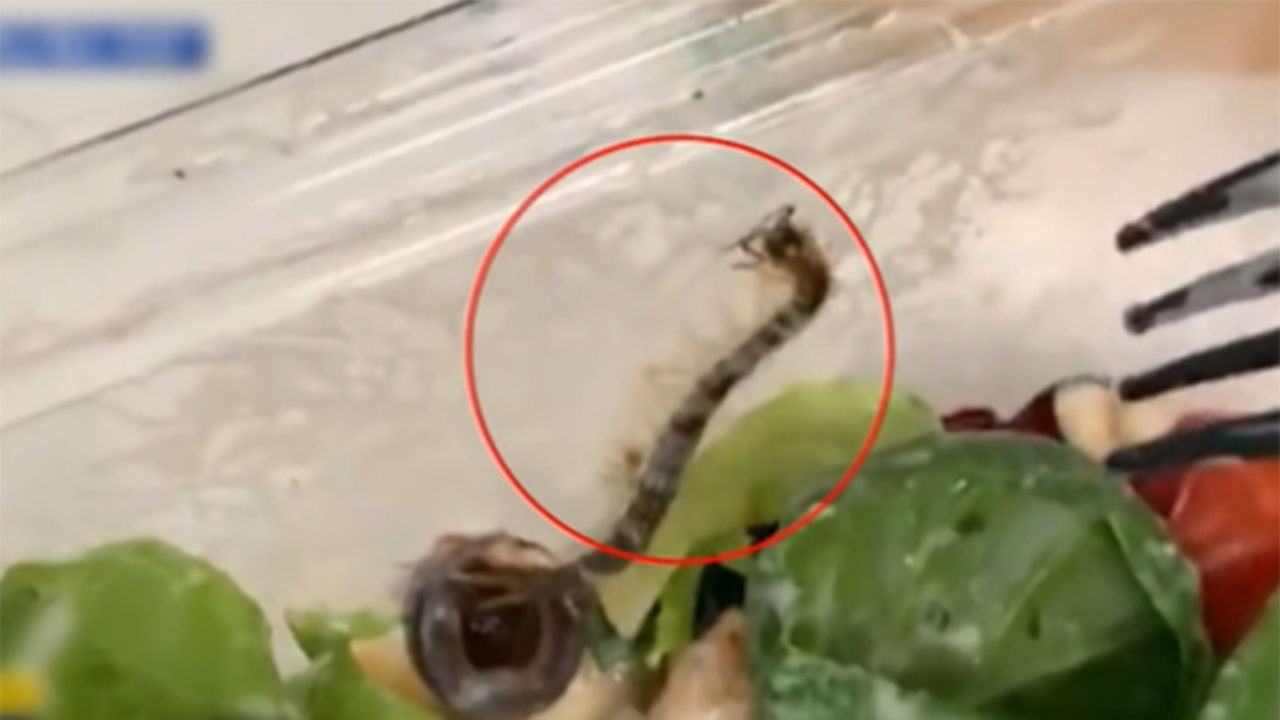 An alumni testimony came out that Kim Tae-hyun, who was arrested for murdering three mothers and daughters in an apartment in Seoul, was suddenly outraged when he was in school.

Mr. A, who was a friend of Kim's school days, said in an interview with a media that Mr. Kim was a good friend, but he suddenly cursed and became angry even after playing a joke. I said it was scary.

Another classmate, B, said that when Kim was in junior high school, he played games with friends and pretended to hit people when he wasn't working well. If you think about it now, he said that there was something like an anger control disorder.

It was also revealed that Kim had committed a sex-related crime in the past. Just two weeks before this incident, he was fined for sending multiple sexual voice messages to a minor. It was said to have been received.

The police said yesterday (6th) that a profiler was introduced to analyze Kim's motives, and that a psychopath test will be conducted if necessary.

I was also interested in the news that a live centipede came out of a salad sold by Starbucks.

Teacher A, a school instructor who stopped by Starbucks early in the morning and bought coffee and salad, took out the salad from the refrigerator during lunch and ate it halfway, and I saw something wriggling.

Surprised Mr. A closed the lid of the salad and visited the store late in the afternoon after class.

The store staff refunded the salad to Mr. A, saying he was sorry, and told him to go to the hospital.

That evening, Mr. A again told the fact that an insect had appeared in the customer center at the headquarters, and a week later, a difficult answer came back from the headquarters.

As a result of investigating the suppliers that make the salad, there was no possibility of centipede going into it, and because it was eaten outside the store, the company was not responsible.

At the same time, he repeatedly asked if he had received a drink coupon, and Mr. A said he was unpleasant as he seemed to suspect that he had intentionally inserted an insect in hopes of compensation.

In response, Starbucks headquarters said that there was no precedent, so there was a misunderstanding during the explanation, and that it would try to prevent recurrence after investigating the process of partner companies.

Due to the global shortage of automotive semiconductors, Hyundai Motor Company's Ulsan Plant 1 has decided to cease operation from today.

The Asan plant, which makes the Granger, is also considering the closure of the business. Interest was high in an article that explored the reason why Korea, which is said to be a semiconductor powerhouse, lacks automotive semiconductors.

There are two to three times more semiconductors used in electric vehicles, and more than 2,000 semiconductors are used in one autonomous vehicle currently under development.

However, at present, Korea relies on imports for most of the semiconductors for vehicles.

It is not easy to localize because it is a small-scale production of a variety of products, so its profitability is low.

The problem is that the semiconductor supply and demand shortage affects not only automakers, but also all related industries such as steel, parts, and electronic equipment.

As the proportion of electric vehicles and self-driving vehicles increases, the automotive semiconductor market is forecast to grow to a scale of 41.5 billion dollars in 2023, the article pointed out that the government and industry are urgently reorganizing their industrial strategies.