"I want to restore the graffiti painting"... Who costs 10 million won?

Not long ago, a man and woman in their 20s misunderstood the 500 million won worth of graffiti works displayed at Lotte World Mall as participatory works and graffiti with paint. The artist who heard the news has told the exhibition that he wants to restore it, but the huge cost of restoration is a problem. 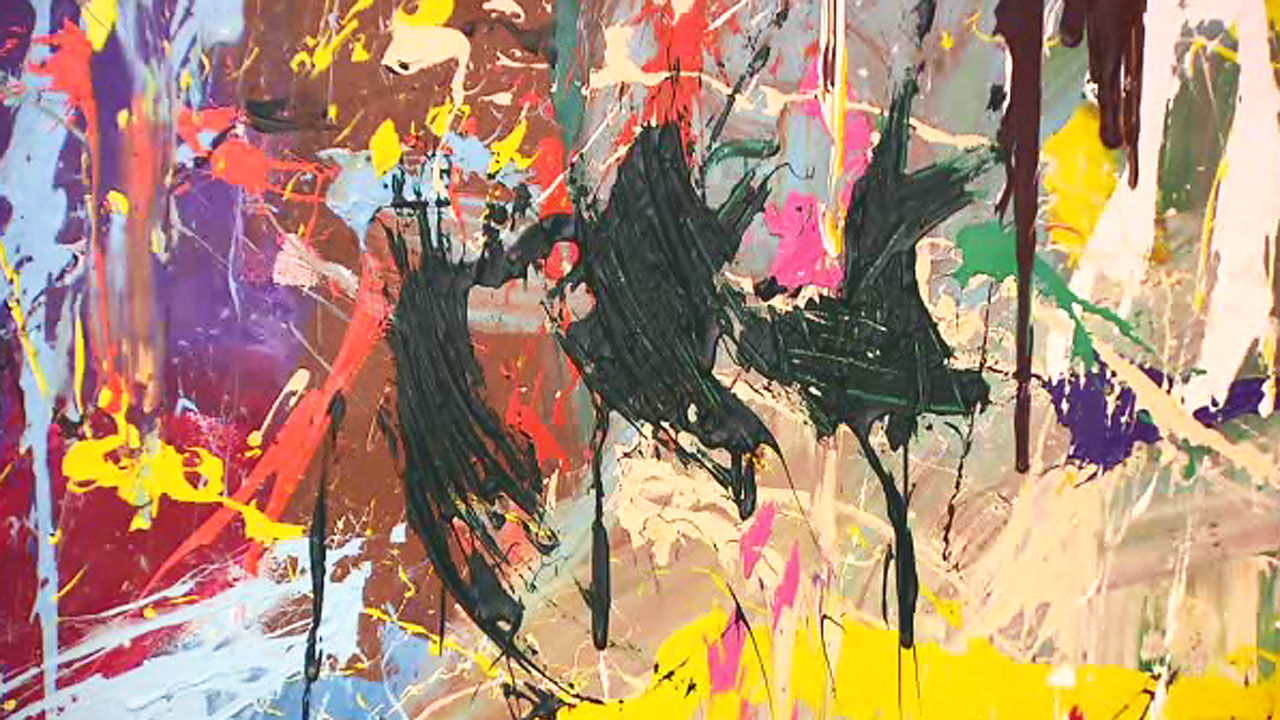 Recently, a man and woman in their twenties did graffiti with paint, mistaken for a participatory piece of graffiti, worth 500 million won, displayed at Lotte World Mall.

The artist who heard the news has told the exhibition that he wants to restore it, but the huge cost of restoration is a problem.

This is a video filmed on the 28th of last month at the underground exhibition hall of Lotte World Mall, Songpa-gu, Seoul.

A man and a woman pick up the brush in front of the painting and leave a large mark.

This time I even took a paint bucket and sprinkled it, and it disappeared leisurely.

The exhibition side that found the graffiti immediately reported it to the police and checked CCTV, etc., and identified men and women in their twenties.

The painting in question is a graffiti work by famous artist John Won, and it is known to be worth about 500 million won.

Those who damaged the painting with graffiti explained that they thought it was participatory art because there were paints and brushes in front of the work, but the exhibition immediately communicated the situation to the artist and an answer came yesterday (6th).

The artist John Won of the painting sent an opinion saying, "I want to restore it," and "I don't want damage to those who have damaged it."

However, men and women in their twenties who are mistaken for participating art may have to bear the cost.

[Kangwook/CEO of Exhibition Agency: I haven't been able to make a decision yet.

They said that it costs about 10 million won.

Insurance is in place, so the insurance company will charge the cost to their friends.] The

convince the artist by holding the painting as it is until the end of the exhibition on June 13th.

I'm going to present an opinion, "Wouldn't it be possible to understand the whole process as a part of the work?"