Expressway toll booth'bang'… But "the driver is gone"

Last night, a driver of a vehicle crashed into a shock absorber at an expressway toll booth in Incheon and ran away, leaving the vehicle behind. Police have secured CCTV footage and are chasing the disappeared driver. 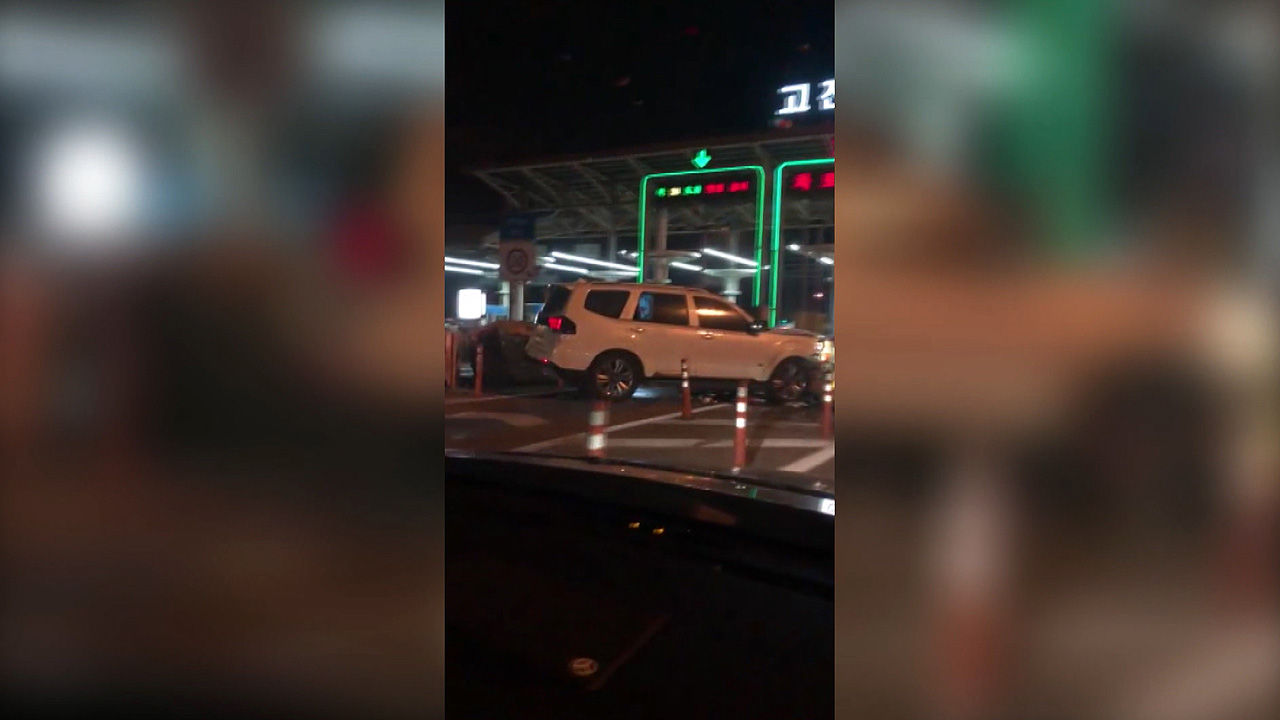 night of the 31st last night, a driver of a vehicle hit a shock absorber at a toll booth in Incheon and ran away, leaving the car behind.

Police have secured CCTV footage and are chasing the disappeared driver.

white SUV completely blocked the entrance to the tollgate.

Last night, around 9:30 am, a report was received at the Gojan Tollgate on the 3rd Gyeongin Expressway, stating that "the vehicle struck a shock absorber."

After receiving the report, the police and fire authorities were dispatched, but the driver disappeared.

[Witness: It was an accident alone.

This accident caused some traffic jams on the highway to be controlled once.

The police are chasing the fugitive driver by securing the vehicle's black box and CCTV footage.

There are debris on the road and the vehicle is distorted beyond recognition.

At around 10:10 last night, an SUV drove by Mr. A in his 40s on a road in Cheongna-dong, Seo-gu, Incheon, struck a truck standing on the first lane for road repair work.

In this accident, Mr. A seriously injured his leg and was taken to the hospital.

The police are investigating the exact details of the accident based on the witness statement that "the vehicle was still rushing even at the operator's hand signal".

10:30 last night, an unknown fire broke out at the construction site in Cheongna-dong, Seo-gu, Incheon.

The firefighting authorities put out more than 100 personnel and 30 equipment to extinguish the fire within 50 minutes of receiving the report, but no one was found to be injured.