The seat belt that you don't have to put on yourself: it really exists

A belt that you don't have to put on yourself, but that automatically wraps its way around your upper body. It sounds like unnecessary luxury in a Rolls-Royce or Bentley, but this remarkable facility was actually found in simple middle class cars from the eighties and nineties. 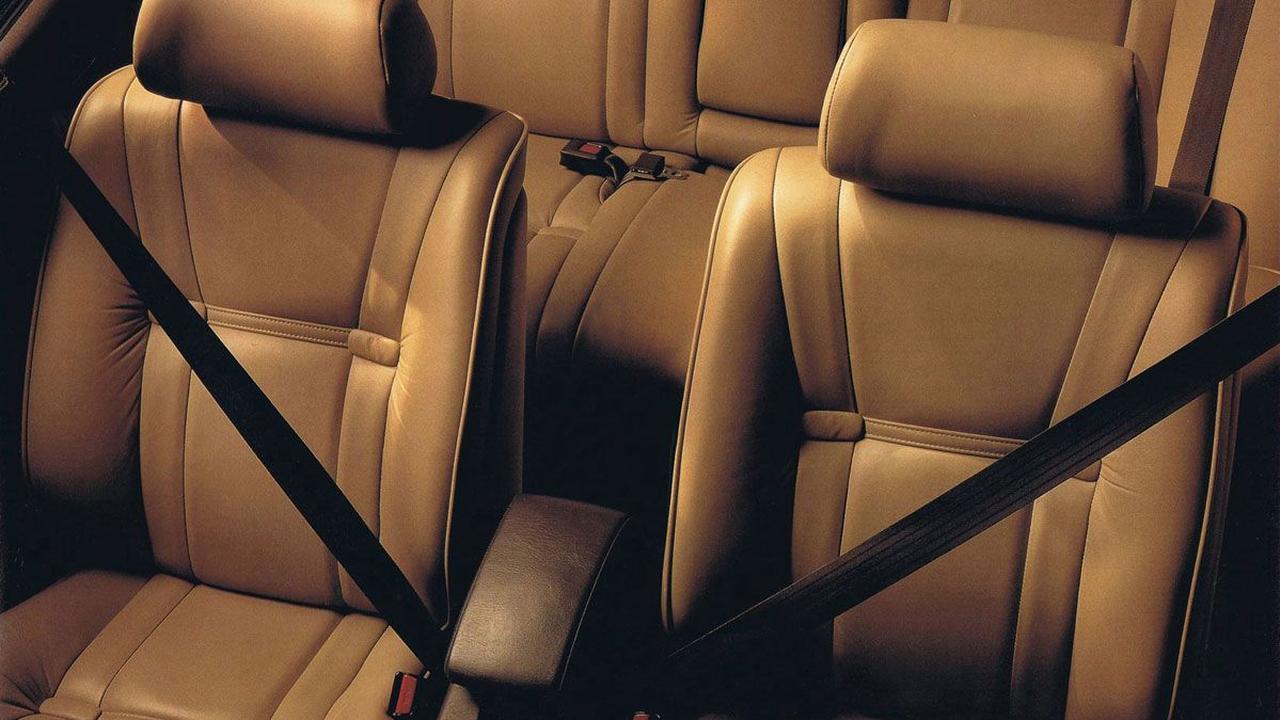 A belt that you don't have to put on yourself, but that automatically wraps its way around your upper body.

It sounds like unnecessary luxury in a Rolls-Royce or Bentley, but this remarkable facility was actually found in simple middle class cars from the eighties and nineties.

What is wrong in the image above this article?

If you look closely, you can see that the seat belts are not engaged.

They are literally half in use: only the part that diagonally encompasses the human torso is present.

The hip piece is therefore not, and the accompanying belt catchers are also not in use.

That's all because this car is equipped with a feature that few Dutch people will know: automatic seat belts.

They were made in a number of variants and the idea for this arose in the 1970s.

The three-point seat belt (thanks to Volvo) had been around since the late 1950s and was a huge step forward in terms of safety, but many American drivers in particular refused to use it.

They simply thought it was too much of a hassle.

The car manufacturers' solution was the fully automatic seat belt.

That sounds incredibly complex, but in its original form he was actually not at all.

They simply mounted the top and bottom of the belt, including the roller mechanism, to the door instead of the B-pillar.

In this way, the driver and passenger could easily 'crawl under the seat belt' when boarding.

Next to the windscreen is the attachment of the automatic seat belt.

Next to the windscreen is the attachment of the automatic seat belt.

Volkswagen was the first manufacturer with an automatic seat belt

Although the automatic seat belt was later used in many American and Japanese cars, it was reportedly Volkswagen that was the first to use this feature.

Later you saw it in the Geo Metro (the American version of the Suzuki Swift) and Nissan 240SX, the latter being a convertible.

The similarity between the two: they are both cars without rear doors and therefore with a fairly long front door.

This gave the designers the necessary space for mounting a complete seat belt in the door.

That space was not always there.

That is why there were also variants where only the top part of the belt was mounted to the door, supplemented with a manual hip section.

More ingenious is the powered version, which was used a lot, especially in the 1980s and early 1990s.

Not without reason, because from model year 1990 (i.e. 1989), cars in the United States had to have either a driver's airbag or an automatic seat belt.

The latter turned out to be cheaper, so many manufacturers of the more affordable models in particular opted for this solution instead of an airbag.

This Daihatsu Charade, imported from the US, also had automatic seat belts.

This Daihatsu Charade, imported from the US, also had automatic seat belts.

The automated belt consisted of two parts: a manual hip part and a separate top part.

The latter could be rolled up in a cassette mounted on the inside of the seat, but in principle always remained attached to a belt catcher mounted on the pillar of the windshield.

So the seatbelt went roughly from the normal mounting point on the right side of the seat to a spot halfway up this post, close to the handlebars.

There the belt was attached to a real rail.

Starting the engine - or switching on the ignition - activated that rail, on which the seat belt worked its way fully automatically and with all kinds of charming buzzing and clicking noises to a position directly above the driver's shoulder.

In practice, the system has quite a few drawbacks.

The main thing is that the hip part can still be forgotten and that the chance of this may even be greater than with a normal belt, as the 'top part' gives the idea that everything is okay.

In addition, it is a particularly complex solution with a difficult to measure effect, although there are reportedly studies that show that such an automatic seat belt contributes to safety.

With the advent of the airbag, seat belt reminder and many other restraint systems, the automatic seat belt eventually died of natural causes in the US.

However, it took years before almost all Americans were convinced that a seat belt cannot be replaced by an airbag under any circumstances.

More special and beautiful stories from car history can be found in this special AutoWeek file.

The American version of the Suzuki Swift, the Geo Metro, also had automatic seat belts.

The American version of the Suzuki Swift, the Geo Metro, also had automatic seat belts.