The biologist Rosalind Franklin, the astronomer Jocelyn Bell, the physicist Lise Meitner ... Even Marie Curie sees her name almost systematically attached to that of her husband. There are many women ... 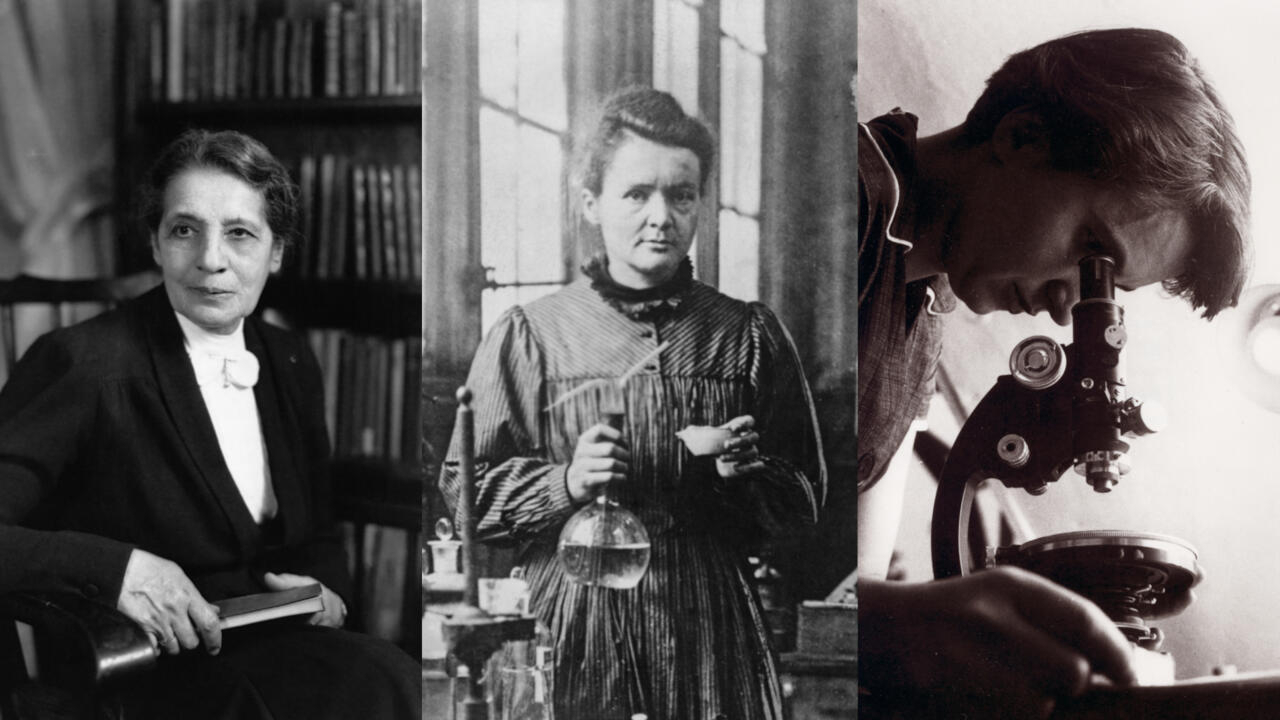 The biologist Rosalind Franklin, the astronomer Jocelyn Bell, the physicist Lise Meitner ... Even Marie Curie sees her name almost systematically attached to that of her husband.

Women are numerous in the history of science, but few have seen their names pass to posterity, victims of the “Matilda effect”.

In the 1960s, science historian Margaret Rossiter studied a concept theorized by feminist activist Matilda Joslyn Gage at the start of the 20th century: this mania for men to appropriate the intellectual work carried out by women.

Margaret Rossiter then extends this concept to the field of sciences and their history, and gives it a name: "The Matilda effect".

To rob women of their discoveries, to take credit for them, is a phenomenon almost as old as science.

Margaret Rossiter thus discovers a striking example, in the 11th century, that of the Italian Trotula of Salerno.

Woman doctor, renowned, she wrote many books dealing with women's health which were referred to throughout the Middle Ages.

However, these writings have for a very long time been falsely attributed to men;

it was indeed unimaginable at the time that a woman could have been a doctor and teach at the medical school of Salerno.

Closer to us, another example illustrates this mania for not recognizing to women the part they played in scientific work.

The story of Mileva Einstein is thus better known.

The two students fall in love and work together.

They married in 1903, and Mileva Einstein greatly participated in the research of her husband.

However, he alone will be the signatory of the published articles, in particular the one on the photoelectric effect which will earn him, alone again, the Nobel Prize in 1921.

Marthe Gautier discovered the extra chromosome responsible for trisomy 21 in 1953. Yet it was Jérôme Lejeune, the assistant to its director who took advantage of it.

Jocelyn Bell discovered pulsars in 1967 during her thesis.

It was his thesis director who was nevertheless awarded the Nobel Prize in 1974. The affair nevertheless sparked a lively controversy, initiated by astrophysicist Fred Hoyle, scandalized by history.

Finally, there is the much better known example of Rosalind Franklin.

We are in 1951 and there is then a real effervescence in cell biology laboratories to discover the shape of DNA.

Rosalind Franklin was the first to take the photo of the double helix structure, a shot essential for the work of her colleagues Watson and Crick.

Today, however, it is rehabilitated.

She will also receive a nice tribute.

The next European robot that will roll on the planet Mars in 2022 to discover traces of past life will bear his name.

Throughout the day, RFI highlights the backgrounds and expertise of women, particularly from the scientific community.

La radio du monde offers a special edition of “RFI Matin”, dedicated magazines, as well as special programming on the channels in foreign languages ​​and exclusive content on digital environments.

, professor specializing in artificial intelligence, and

, Congolese specialist in malaria and president of the Congolese Foundation for medical research, and comes back with them on women and digital technology, adult women's literacy and science education.

offers a program on the theme: “Women: glass ceiling in medicine?

»And gives a voice to female doctors.

It receives in particular

, former Minister of Health and Social Action in Senegal and associate member of the National Academy of Pharmacy of France,

, Head of the Infectious and Tropical Diseases Department of Saint Hospital -Antoine, and

, surgeon and urologist at Tenon Hospital.

devotes her program to the consequences of the pandemic on the education of girls around the world.

, director of the NGO Plan International,

, former Minister of Education of Senegal and vice-president of the Global Partnership for Education (GPE), and

, for her book “La powder” (Ed. Marabout), taken from her eponymous podcast, in which she has received since 2016 more than 80 women writers , musicians, actresses, directors, activists and politicians.

, research director at Inserm and specialist in modeling infectious diseases, she is notably carrying out research on the modeling of the Covid-19 pandemic.

offers a program of “

” with a female artist committed to the defense of women's rights.

Also to (re) listen

The March of the World

devoted, Sunday March 7, a program to powerful black women with the historian

, author of the book

back on women entrepreneurs in the media sector.

, one of the four co-founders of "La déferlante", a French quarterly "post-metoo devoted to feminisms and gender" as well as

, director of the Creatis residence, for the launch of "Source", a program aimed at to support women entrepreneurs far from the media and cultural ecosystem.

The Epic of black music

you to (re) discover singer

, feminist and committed to women's rights, on the occasion of the release of his new album “Uncivil War”.

expert on gender at the “Union for the Mediterranean”, to discuss the establishment of the first regional monitoring mechanism on gender equality .

The curious and instructive history of the word "feminism"

All cinemas in the world