The Perseverance rover has traveled its first meters on Mars

A first displacement of six and a half meters in 33 minutes. Perseverance first evolved on the soil of Mars. The objective was to verify the proper functioning of this NASA robot before the actual start of its mission. Other larger trips are planned soon. &amp; Nbsp; &amp; nbsp; 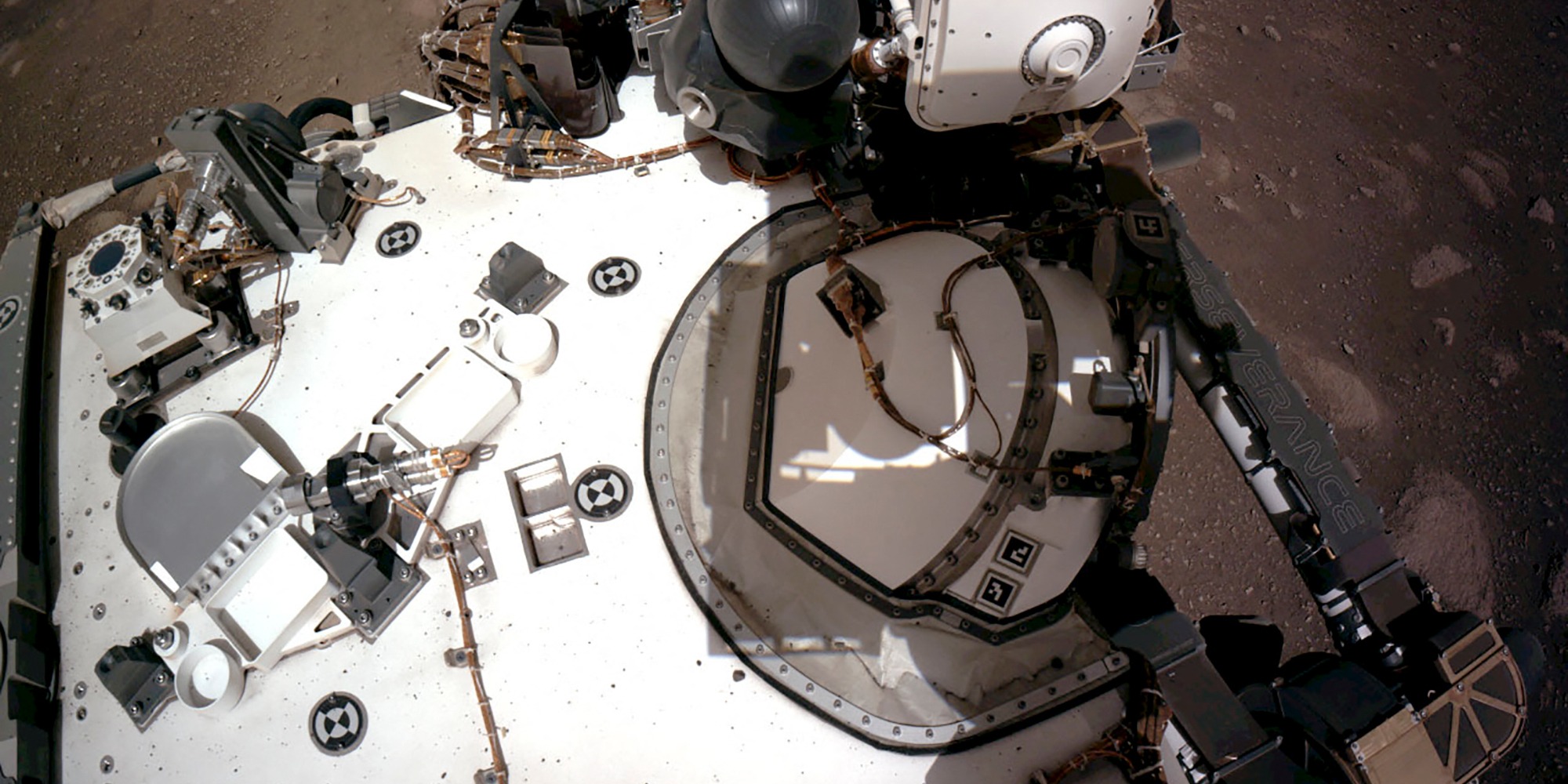 A first displacement of six and a half meters in 33 minutes.

Perseverance first evolved on the soil of Mars.

The objective was to verify the proper functioning of this NASA robot before the actual start of its mission.

Other larger trips are planned soon.

NASA's Perseverance rover successfully spun its wheels on Mars for the first time since it landed two weeks ago, moving a few meters, the US space agency said on Friday.

During this first trip made Thursday afternoon, and intended to check the proper functioning of the system, the vehicle, equipped with six wheels, advanced 4 meters, then made a rotation on itself to the left, before turning perform a rearward maneuver for approximately 2.5 meters.

In total, the rover, which is the size of a large SUV, covered six and a half meters in 33 minutes.

"I have never been so happy to see wheel marks"

While backing up, Perseverance was able to take a photo of its own wheel tracks on Martian soil, released by NASA.

"I don't think I've ever been so happy to see wheel marks," Anais Zarifian, engineer in charge of the rover's mobility at NASA's Jet Propulsion Laboratory, where he has worked at a press conference, told a press conference. been built.

“Our first trip went incredibly well, and it's a huge milestone for the mission,” she said.

- Perseverance: what is the point of knowing if there is life on Mars if we cannot live there?

Other trips are planned very soon, if all goes well.

The vehicle will be able to travel 200 meters per Martian day (days very slightly longer than on Earth).

It travels five times faster than Curiosity, the other NASA rover still operating on Mars.

Two journeys to reach the delta

Perseverance landed on February 18 in Jezero Crater, which scientists believe was home to a deep lake 3.5 billion years ago.

The goal of the mission is to collect rock samples that will be brought back to Earth by a subsequent mission, in order to look for traces of ancient life on the red planet.

Scientists are now considering two journeys for Perseverance to join the delta formed by the flow of an old river in the lake, and which is of particular interest to researchers because sediments could have been deposited there in large amount.

Before that, the Ingenuity helicopter, which is to become the first motorized craft to fly to another planet, must be released from under the rover, where it still sits for the moment.

NASA teams are currently looking for the best place to make this historic flight, "before the end of spring," Robert Hogg, deputy chief of the mission, promised Friday.

Results presented by NASA next week

The rover has already sent more than 7,000 images, captured by its many cameras, to Earth.

On one of them, we can see a light brown colored rock on which was used for the first time the scientific instrument SuperCam, an ultra sophisticated camera the size of a shoebox, designed by the French. .

It is equipped with a laser that can shoot a rock up to 7 meters away in order to be able to analyze its composition.

The results will be presented by NASA next week.

The space agency also announced that it named the Perseverance landing site after African-American sci-fi author Octavia E. Butler, who was born in Pasadena, California, where the Jet Propulsion Laboratory is located.