This is Ca l'Arpa, (probably) the cheapest Michelin restaurant in Spain

It was not his first vocation, that was painting. But since she "got the urge to cook" she hasn't stopped practicing it. And it is that for Pere Arpa -owner and chef of the h 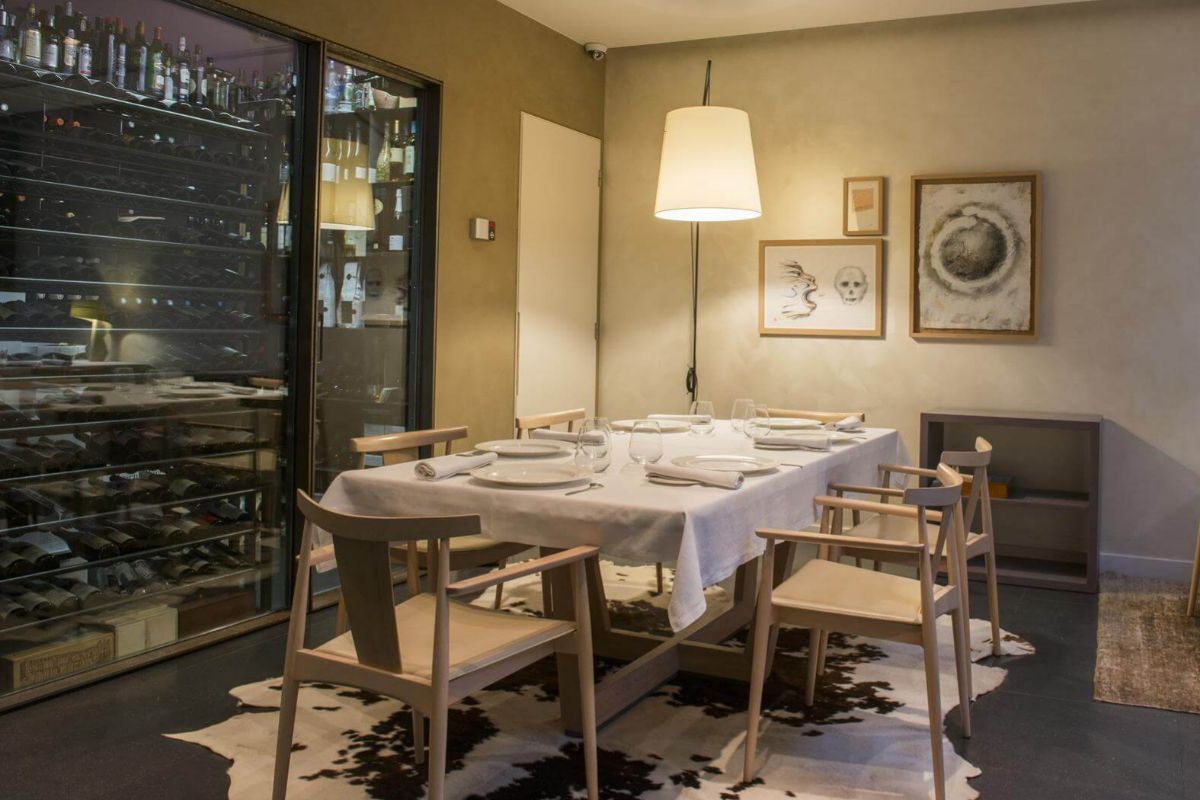 It was not his first vocation, that was painting.

But since she "got the urge to cook" she hasn't stopped practicing it.

And it is that for

-owner and chef of the hotel-restaurant

, a Michelin star- cooking is a dialogue.

That which originates between the cook, the land, the raw material and whoever produces it and which is transferred to a plate.

, because "everything does not have to be prohibitive in the kitchen," argues Arpa, whose philosophy is true to the maxim "you can

In fact, in the Michelin Guide 2021 its dining room is listed with the affordable price range:

High tickets "keep gourmet away from restaurants and attract diners with high purchasing power. We think that

can also be available to

, that you can eat a good foie for a reasonable amount".

The restaurant has a wine list with about 300 references.

For this reason, Ca l'Arpa's proposal

They are all the same cuisine

, the same restaurant concept. When we only had gastronomic, we saw that the capacity of the public was limited. The client who wants the 80 or 60 menu will consume it the same, but with the cheapest , you open doors.

They are a motor and more now

. You can take the cheapest one and then perhaps you will be advised to have a wine ... Another day you will come and try more things, you will add some complement ... ", he says.

we are not a 24-euro dining room

. What it is about is that there is rotation, that people enter our house without fear of extraordinary expenses, that a

, that enjoy eating "... For example, this lunchtime menu: cod brandade, mackerel marinated with mandarin and orange and a salad to nibble on and share.

Second, to choose cheek with mushrooms, a piece of grilled turbot with fried garlic or duck thigh with orange.

And for dessert, a fruit salad, cheesecake or flan "made as God intended, with good eggs and good milk."

The restaurant is located a gastronomic hotel.

And it is that in this house -located in a beautiful

, next to the Town Hall of the so-called City of Water- they know a lot about raw materials.

"We believe in the local

, not because of its proximity, but because of its quality. Being next door, an exchange of dialogues and knowledge takes place, almost a friendship relationship. The supplier

knows what I want

and I know and see how he works. This creates a very positive bond for the kitchen in our opinion. "

And he continues: "It is not about having a fantastic vegetable that comes from Holland and that does not tell me anything, I prefer one that, perhaps aesthetically, is not so beautiful, but from which I know everything: who it comes from,

, how it works, what other products it has ... And the same happens with meats, fish, wine (they have about 300 references, especially natural and from small producers) ... It consists of knowing who is behind them and in knowing us more ", argues.

With this more knowledge, Pere weaves a cuisine of "great delicacy" - the

- based on tradition, which

his style and updates.

Catalan cuisine is more than kitchen

, identified with the area of the

, where the hotel is located restaurant- with the Ampurdán ... "We have

Its dishes update the recipes of Pla de l'Estany and Empordà.

Theirs is not experimental culinary: "We understand cooking as a

, a way of telling where we come from, hence the investment in the territory, and trying to explain where we are going."

And where does Pere come from?

We already said it at the beginning, of the

, a world that led him almost by chance to the kitchen.

"I had always cooked, but never seriously, until one day the University Center of Design and Art of Barcelona (EINA) where I was studying made a collaboration with the

With the call you

"the desire to cook" and it

at Pedro Subijana's Akelarre ... Until he opened his first restaurant -

"It was a space and a

, daring and carefree, although at heart gastronomic" and the dining room where he inaugurated the idea of ​​eating well at a reasonable price.

They elaborate their proposals with local products.

"We were there for 10 years, until - at 25 meters - we opened the Ca l'Arpa hotel-restaurant, inspired by the

"As it is not in a typically touristy place, the guide is a great

, since most of our clientele is national and foreign."

Of course, the pandemic has turned everything upside down and these times are being especially difficult.

than anything else. Now, our audience is very local, the capacity is reduced, we cannot open at night ...

It is being very hard

And he continues: "There are people in the area who have never been and take the opportunity to come. That is fine, but a restaurant needs a certain volume of public, which is filled with people enjoying, eating and talking."

Talking with each other, with Pere and with the dishes.

LEGUMES14 places where lentils are addicted

ProductSkrei, the wild and 'athletic' cod that returns home every year