Eddie Murphy, on the attack again with 'The King of Zamunda'

Eddie Murphy tries again with one of the most famous characters in his career. Akeem, who in 1988 was a prince in The Prince of Zamunda and has now become 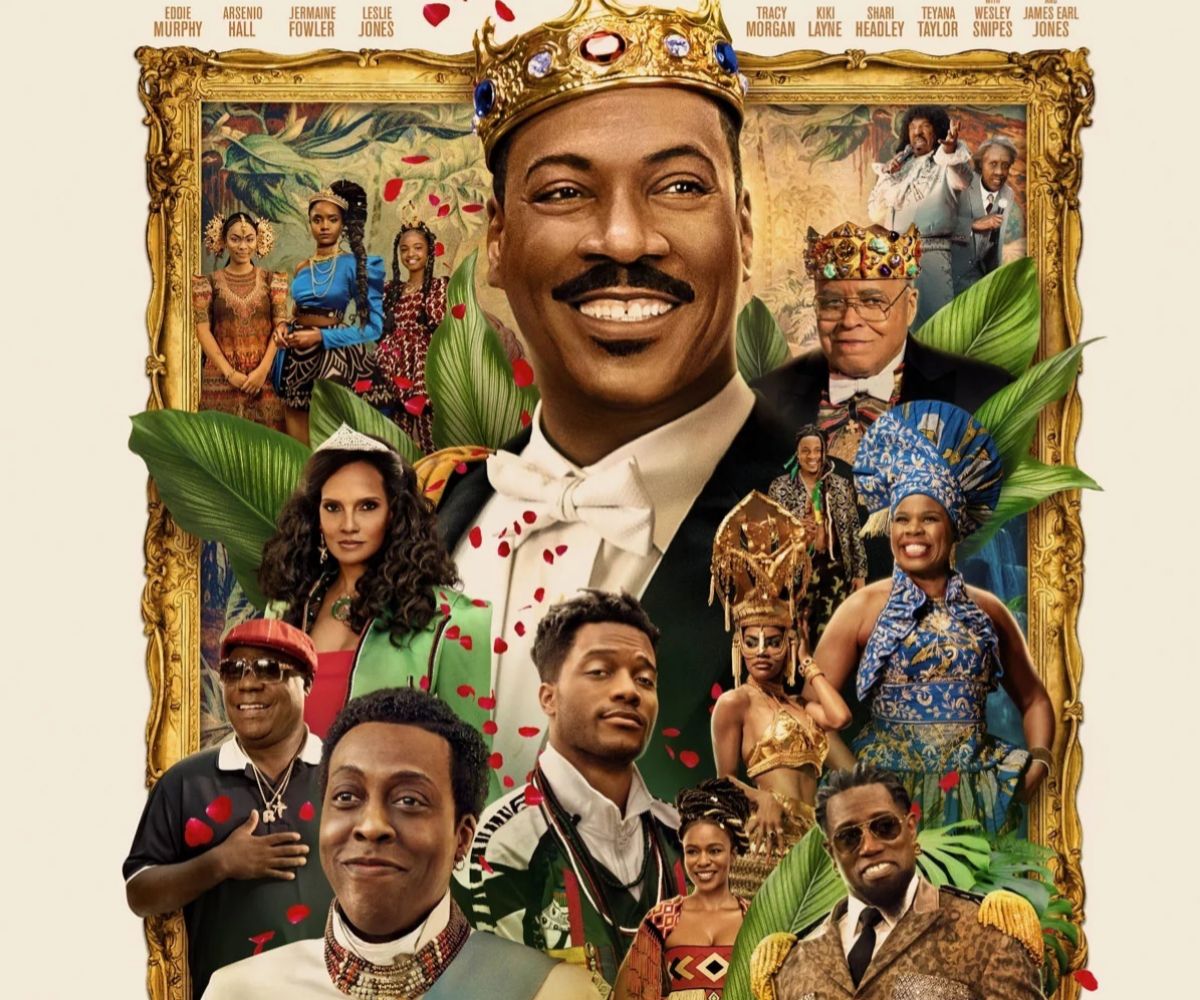 tries again with one of the most famous characters in his career.

The Prince of Zamunda

and has now become a monarch seeking heir.

, the comedy that can be seen on Amazon Prime Video from

, is the continuation of that

gags that have gone down in history

The dialogues in the barbershop with Hall and Murphy involved in various characters, the incredible moment of Chocolate Sexy and its microphone or the response obtained after a 'good morning, neighbor' in the borough of Queens were highlights of

The Prince of Zamunda

fans they celebrate over and over again

each time the film is broadcast on television.

A SEQUEL WITH HUMOR

Image of the promotional poster.

Therefore, it would be best to first give the bad news of

does not have those magical moments in which it is impossible to hold back laughter.

There are comical situations, yes, but they don't reach the same level in terms of absurd humor.

As the director of the film himself has warned, his goal with this new production was "to be funny but at the same time have a

certain sensitivity to current issues such as racial and gender issues."

And everything (great humor and denunciation) at the same time has been complicated.

But now comes the good news: in

there is a brave story that

talks about feminism and the effort to overcome adversity.

Especially referring to African Americans and the prejudices they have endured in the US for a long time.

In the form of a fairy tale adapted to the 21st century, with a lot of humor and high-level musical numbers.

Of course, Akeem and his faithful Semmi, played by Arsenio Hall.

But also the father of the protagonist (

), his girlfriend and now wife.

To them we must add

as the villain of the story,

as a woman with whom Akeem became intimate on his way through New York ... and

Lavelle, the true protagonist of the story

Because, although Murphy and Hall are present for much of the footage, as the minutes go by the interpretive weight falls on a young man who has been discriminated against for his skin color who now finds the great opportunity of his life.

In the center, young Lavelle (Jermaine Fowler) and, on the right, his mother (Garcelle Beauvais).

On the left, a palace servant (Paul Bates).

SOMETHING HAPPENS IN ZAMUNDA

The King of Zamunda,

More specifically, in a palace where taking a bath in the morning is still an extrasensory experience (and that everyone understands what they want ...).

Time has passed and the death of the old monarch forces Akeem (Eddie Murphy), the

, to search for a male heir.

And he does it on a fleeting trip to the New York neighborhood of Queens, where the aforementioned Lavelle is.

Back in Zamunda, the

that previously had a king and his servant as protagonists now focus on the young man and his mother, amazed by the luxury and pleasures that being next to the new king provides.

And Arsenio Hall and Eddie Murphy are relegated to the background when before the chemistry of both was what gave great comic moments to history.

Eddie Murphy and Arsenio Hall in 'The Prince of Zamunda'.

, was the director responsible for

, Murphy's previous film, and the

, and has had a luxury production here.

An iconic film to take as a reference and the

wanting to see endearing characters have been in its favor.

And it has even allowed itself the luxury of including juicy cameos that it is better not to reveal.

And a dialogue between Lavelle and a maid in which, humorously, criticizes "

that do not exceed 30 percent in votes on a certain website" or "American cinema is the best" or "With the aftermath, if something is good why spoil it."

With what is very clear that

the best thing is not to take this film seriously and to let go.

And without making too many comparisons.

The final interviewBernabé Rico: "Going to the Goya with a small film reduces the pressure"

CineMuere the filmmaker Juan Antonio Porto, screenwriter of 'Beltenebros' and 'The crime of Cuenca'