Javier Aranda. the chef who takes a year to achieve the Michelin star (and there are three)

Javier Aranda (34) is back with a new plate of mackerel. He's also testing peas and asparagus. "In Gaytán (a Michelin star) I decided a long time ago 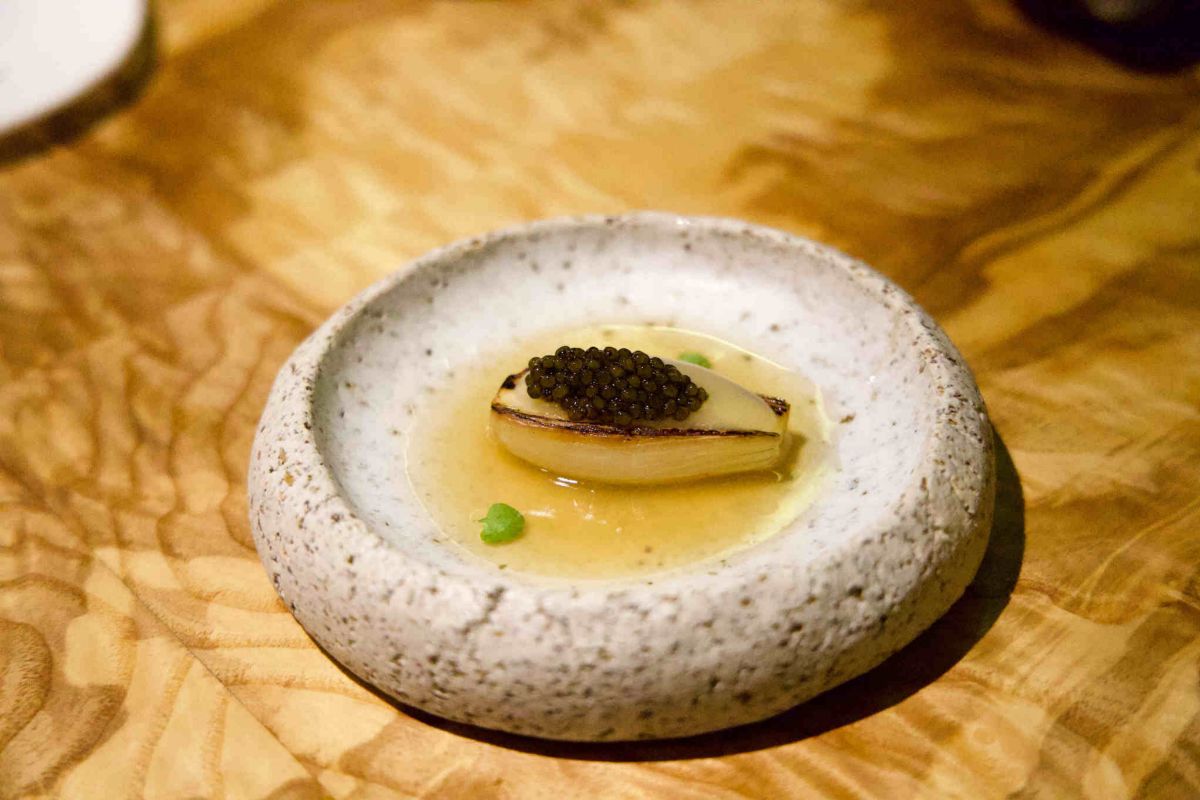 Javier Aranda (34) is back with a new plate of mackerel.

"In Gaytán (a Michelin star) I decided to work only with seasonal produce," he explains while placing a tray with water and a single coffee on the table.

It is 11 in the morning and he has already completed almost four hours of work.

"The Michelin star is not a sprint, it is a long-distance wagon."

He knows what he's talking about.

The first was achieved in 2014, at the age of 27, with La Cabra, the gastronomic restaurant that he opened in 2013 with the help of his father after closing his stage in Piñera.

"When they told me I was making croquettes and I fell to my knees."

It was not expected.

I have never done too much to achieve a Michelin star. I have imposed a work philosophy that the guide seems to like

A year after opening, it was achieved in Gaytán (2016) and also in Retama (2019), a restaurant at the Hotel La Caminera Club de Campo in Ciudad Real -now closed by the Covid-.

"This was the first project I did in my land."

He confesses his formula to win the precious award:

"Good raw material and good treatment of it

Work conscientiously to achieve the second in Gaytán.

"My dream is to have three," he admits without complexes.

He confesses "very analytical" to see the good but especially the bad.

They had decided to change the concept and a second visit from the inspectors caught them off the hook.

"They came on July 31, the day before we went on vacation. We had removed the tasting menu to start with a letter. We were not prepared for the visit and we had to improvise."

"You also learn from the bad."

He was born into a humble family in Villacañas (Toledo), where he liked to be most as a child was "in my grandparents' bar. There was always food, they gave me money and I did what I wanted," he recalls.

"The kitchen then did not interest me at all."

It was not until he was 16, with a somewhat complicated and "restless" adolescence, that he went to study at the Toledo School of Hospitality.

And from there he sought a wonderful life.

"On weekends I worked at weddings, events ...".

Until the first 'serious' opportunity came.

It was in El Bohío (Illescas) by Pepe Rodríguez.

"Here I get the bug for this world. It was another level.

Here my eagerness to want to evolve and learn awakens

He threads one idea with another while he is aware of what happens in his open kitchen, where there is movement.

Table 4, which is directly opposite, is the most coveted in the room.

The kitchens of Ars Vivendi and Urrechu, where he stayed for three years, were squares in which he tanned before arriving at Sant Celoni, a restaurant that has taken him, he says, to where he is today.

"I started making salads, marinated the salmon and made fried macaroni," he remembers gesturing and with a certain sneer in his tone.

He ended up being the head of the fish party.

And in between, he took an "almost military" training:

"The kitchen is order, it is discipline, it is organization

As he says it, look at his, where the boats line up perfectly;

the cloths are properly bent;

the countertops, like the whistle ... "I'm very fussy about this."

From how much he learned at the home of the late Santi Santamaría, he remains with love "for what is well done, the care for the raw material, the constant search for excellence" and on another plane with a maxim that he tries to apply in his day a day: "

When I speak with someone I expose, I do not impose

. And for this you have to read a lot to gain knowledge and be able to argue."

At 7.30-8.00 he arrives at La Cabra -before he has done an hour of sports- to start with breakfasts and organize the day.

Lunch and dinner services are always in Gaytán

Aranda, in the kitchen of the Gaytán restaurant, its operations center.

The pandemic has been "the most difficult subject" he has had to deal with.

"It has been necessary to pull of desire and potential to reinvent ourselves".

He even considered taking home "the Gaytán experience."

In the modern and spacious premises of Príncipe de Vergara, it has set up its operations center.

"Here we prepare the Gaytán dishes, the Como Cabras delivery and the bases of Not only paella - only on Tuesdays 600 liters of broth come out to make rice."

His analytical part made him wait to launch into the home service, which he has recently inaugurated.

When they reopened in June 2020 after lockdown, the response was very good.

Summer too and there he dared to make the leap.

"Como Cabras has dishes from La Cabra and also from Gaytán."

The most hooligans and those who travel the best.

"Now we are analyzing what works and what does not, how we can improve."

The head always has it working.

GastronomyNatural meat at home for kitchens