Nitrate respiration: a new type of symbiosis of ciliates and bacteria has been discovered

A team of European researchers have discovered a unique anaerobic bacterium that lives inside the ciliate and provides it with energy. This type of symbiosis was not previously known to science. The peculiarity of the interaction of the two species is that the endosymbiont bacterium receives energy for itself and the host, feeding on nitrogen compounds instead of oxygen. The discovery was made by chance while studying lake waters in the foothills of the Swiss Alps. According to experts, it allows us to understand the way of existence in an oxygen-free environment, including on other planets. 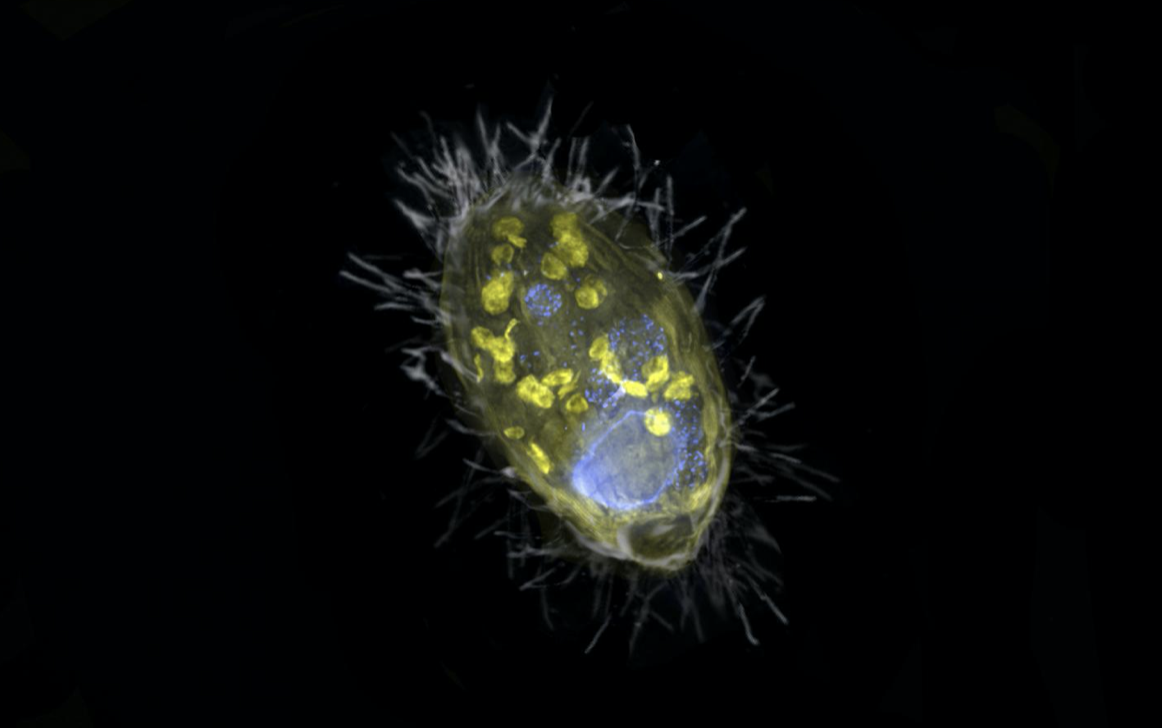 A team of biologists from Germany and Switzerland discovered a new form of symbiosis, in which the endosymbiont bacterium lives in the host ciliate and provides both with energy, feeding on nitrogenous compounds - nitrates.

This is discussed in a publication in the journal Nature.

Scientists have found that the symbiosis of unicellular ciliates and bacteria previously unknown to science allows the first to survive in anaerobic (anoxic) conditions.

The discovery was made by accident: the research group on greenhouse gases at the Institute of Marine Microbiology.

Max Planck studied microorganisms involved in the metabolism of methane.

To do this, scientists analyzed genetic material obtained from the oxygen-deprived depths of Lake Zug in the foothills of the Swiss Alps.

However, a gene sequence was suddenly discovered that resembled the DNA of symbionts living in aphids and other insects.

“We were all amazed at this discovery, and I started comparing this DNA with a similar gene sequence from the database.

How could insects be so deep?

And for what reason? ”- said lead author of the study John Graf.

Soon, an unknown bacteria feeding on nitrogen compounds was discovered.

According to John Graf, assimilation took place at least 200-300 million years ago.

After the discovery in Switzerland, such symbionts were found in other bodies of water in the world.

“This is a completely new kind of partnership.

The symbiosis based on breathing and energy transfer is unprecedented at the moment, ”says senior author of the study, Jan Miliuka.

As the scientist noted, ciliates usually feed on bacteria, but in this case, they not only left her alive, but also organized symbiosis.

As the doctor of biological sciences, chief researcher at the Institute for Biology of Inland Waters named after V.I.

Papanin Russian Academy of Sciences Denis Tikhonenkov, symbiosis is a close relationship between organisms of various species, the importance of which is often underestimated, because without them modern life forms could not exist.

“This article describes a unique and most important discovery - a new form of symbiosis.

The symbiosis of unicellular ciliates and bacteria, which receive energy due to nitrate respiration, in which nitrogen is used instead of oxygen, ”the Russian scientist explained.

Denis Tikhonenkov is sure that the discovery makes it possible to understand the way of existence and vital activity in an oxygen-free environment, including on other planets.