Scene From March 5 to 14, Madrid has an international appointment with digital culture, as technological artists from all over the world take the Teatros del Canal in Ca 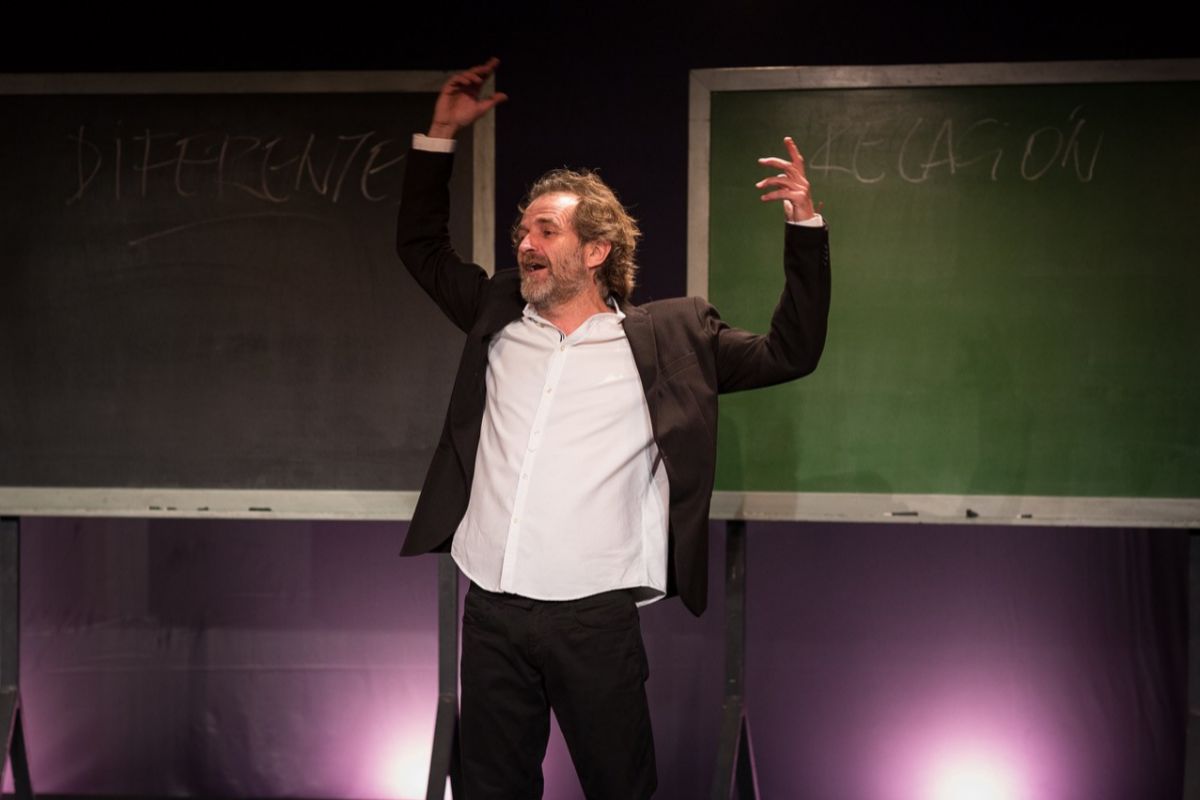 From March 5 to 14, Madrid has an international appointment with digital culture, as

The first edition of this multidisciplinary contest includes shows, workshops, talks and a macro-exhibition, in which the performing and performing arts meet science and new technologies.

In the nine shows from around the world, aimed at audiences of all ages, technology appears as the protagonist and not as a mere tool.

In addition, the exhibition

, by the French artist Charles Carcopino, includes 21 installations that branch out through the common spaces of the theater, from the lobbies to the rehearsal studios of the Canal Choreographic Center, even establishing bridges with virtual stages, which change the fourth wall for the fourth dimension.

The third season of

Men are from Mars and Women from Venus

has just premiered at the Nuevo Teatro Alcalá.

of the same name is starred by Mauro Muñiz de Urquiza, who for an hour and a half gives attendees lessons on the differences between men and women.

In an entertaining and fun way, Muñiz explains how the mind of each sex works in everyday situations and recommends some practices to avoid messing up.

Thousands of spectators have attended to see this essential guide to understand the couple, directed by Edu Pericas and whose text has been adapted by Paco Mir.

Mercado de Diseño is back, the two-day event that brings together design, concerts, talks and food trucks.

This time it opens a space: the MEEU, on the first floor of the Chamartín Station.

During March 6 and 7, more than 100 positions of emerging designers will be present both in the interior area and in the outdoor patio of the venue.

dedicates its first edition of March to creation, entrepreneurship and the work carried out by women.

The concerts will be performed by artists such as Soleá Morente, Rebe or Sangría.

In the Femme Creators 2021 section there will be two talks given by creative women and with a lot of art (Saturday and Sunday morning on the outdoor stage).

America is a woman

, Casa de América (which will illuminate the façade of its headquarters, the Palacio de Linares in purple) dedicates a large part of its activities in March to

vindicate the role of women

from perspectives as disparate as the science, politics, literature, activism, philosophy, dance or film.

Within the program, on Friday, March 5,

Women, sex, gender will be held.

Physical autonomy and safety of women

, a session that proposes a dialogue on the notions of sex and gender and analyzes the implications of being a woman in the 21st century, in particular, on her freedom and security.

The consequences of misogyny and patriarchal dominance that limit women's autonomy will also be addressed.

Among the participants will be

, Spanish, philosopher and feminist writer noted for her work on equality and politics, education and citizenship rights;

, Salvadoran, feminist and Human Rights activist, recognized for her work for reproductive rights and against the prohibition of abortion in her country.

, her new album in which the artist continues to fuse copla, flamenco and zarzuela with styles as diverse as symphonic pop or electronica.

It includes the trap version of

, an interpretation of the famous song popularized by Marifé de Triana.

The singer became famous with her first official album

For him she was nominated at the Latin Grammy Awards as "Revelation Artist".

reopens its doors one more season, although this time adapted to current circumstances

(limited capacity of 60%, social distance of 1.5 m, use of hydroalcoholic gel and mandatory use of a mask throughout the enclosure) and after an exhaustive revision, conservation and cleaning work of those wooded areas that were affected by the

The bravest will once again ride its iconic attractions, such as

, while the youngest of the family will enjoy the Nickelodeon Land children's area.

The 20 hectares that the Amusement Park occupies in the Casa de Campo are completed with a great variety of restaurants, outdoor picnic areas and garden areas.