Recently, Boeing's 777 has suffered a series of engine failures in the US and Europe. There are 29 aircraft of this type in Korea, and it has been confirmed that 17 are currently flying. 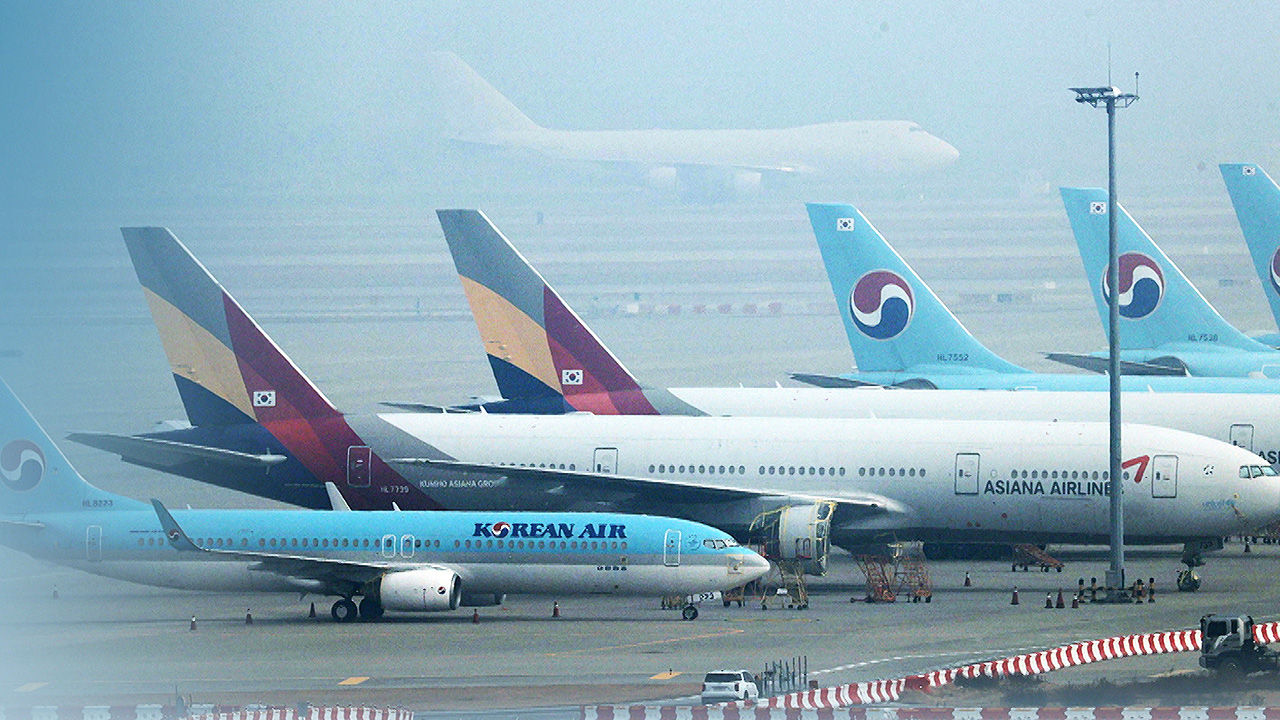 Recently, Boeing's 777 models have caused engine failure one after another in the US and Europe.

There are 29 aircraft of this type in Korea, and it has been confirmed that 17 are currently flying.

As Boeing recommended that the aircraft be suspended, all domestic airlines have also decided to suspend operations.

Asiana Airlines changed its Boeing 777 aircraft, which was scheduled to leave for Manila at 7:20 pm on the 22nd, yesterday and flew.

There are 128 aircraft worldwide with PW 4000 series engines recommended by Boeing of the United States to suspend operations, and there are 29 in Korea, including 16 Korean Air, 9 Asiana Airlines and 4 Jin Air.

Asiana Airlines has decided to voluntarily suspend all nine aircraft types, although guidelines from the Ministry of Land, Infrastructure and Transport have not yet been issued.

Korean Air also said, "14 out of 16 have stopped operating. The remaining two are new engines with low aging, but if the Ministry of Land, Infrastructure and Transport takes action, we will announce the suspension."

Jin Air, which is operating four of these aircraft, will also decide whether to operate according to the guidelines of the Ministry of Land, Infrastructure and Transport, saying that there is no flight schedule until the weekend.

The Department of Homeland plans to make a decision to suspend operations as soon as it is communicated that the Federal Aviation Administration will make a decision quickly because of the urgency of the matter.

[Ministry of Land, Infrastructure and Transport officials: It is said that it will be released within a few days, so we are constantly (watching).

are many flights waiting for Corona, domestic airlines predicted that there will be no setbacks as you only need to change the model.