Fighting for 14 hours against a forest fire,'Sudden slope and strong wind'... 70% evolution rate

The forest authorities are working to extinguish the fire yesterday in a hill in Jeongseon-gun, Gangwon-do. Although there is no human injury, the wind is strong and the air is dry, making it difficult to evolve. 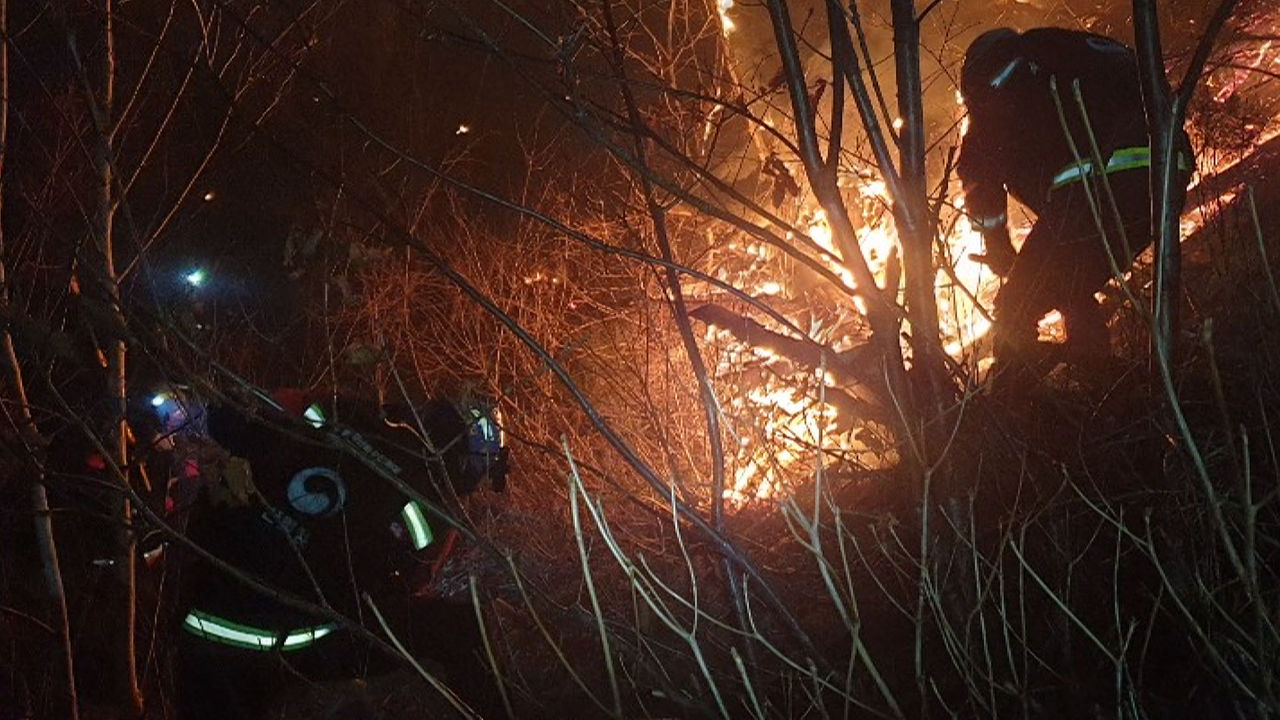 forest authorities are working to extinguish the fire that occurred in a hillside in Jeongseon-gun, Gangwon-do during the day on the 20th.

Although there is no human injury, the wind is strong and the air is dry, making it difficult to evolve.

At around 3:50 pm yesterday, a fire broke out at Nochusan, Yeoryang-myeon, Jeongseon-gun, Gangwon-do, and it has not been turned off for 14 hours.

The forest authorities are working on firefighting by employing 11 helicopters, 28 firefighting vehicles, special firefighting teams and firefighters, and more than 300 people.

However, due to the steep slope of the fire site, it is virtually impossible to input manpower, and the wind blows at a speed of 5m, making it difficult to extinguish the fire.

In particular, strong wind warnings have been in effect in Jeongseon, Gangwon, where there was a fire.

The Forest Service explained that the fire burned 12 hectares of national forest.

There are 7 households and 16 inhabitants living under the fired mountain. Fortunately, the flames are moving to the top of the village on the other side of the village, so there is no known human injury.

As the fire is spreading to the other side of the private house, there is no direct damage to the villagers.

[Forest Service Officer: The fire went up and up the mountain.

So, as the progress goes toward the top of the mountain, so is the wind.

There is currently no fire around the private house.] The

forest authorities are planning to put 14 forest helicopters in about an hour later at 7:10 in the morning to catch a big fire.