The US State Department has prosecuted three North Korean hackers who intercepted 530 billion won by attempting to hack financial institutions and businesses around the world. He also criticized him as'bank robbery using keyboards', but he covered the level of hacking in North Korea. 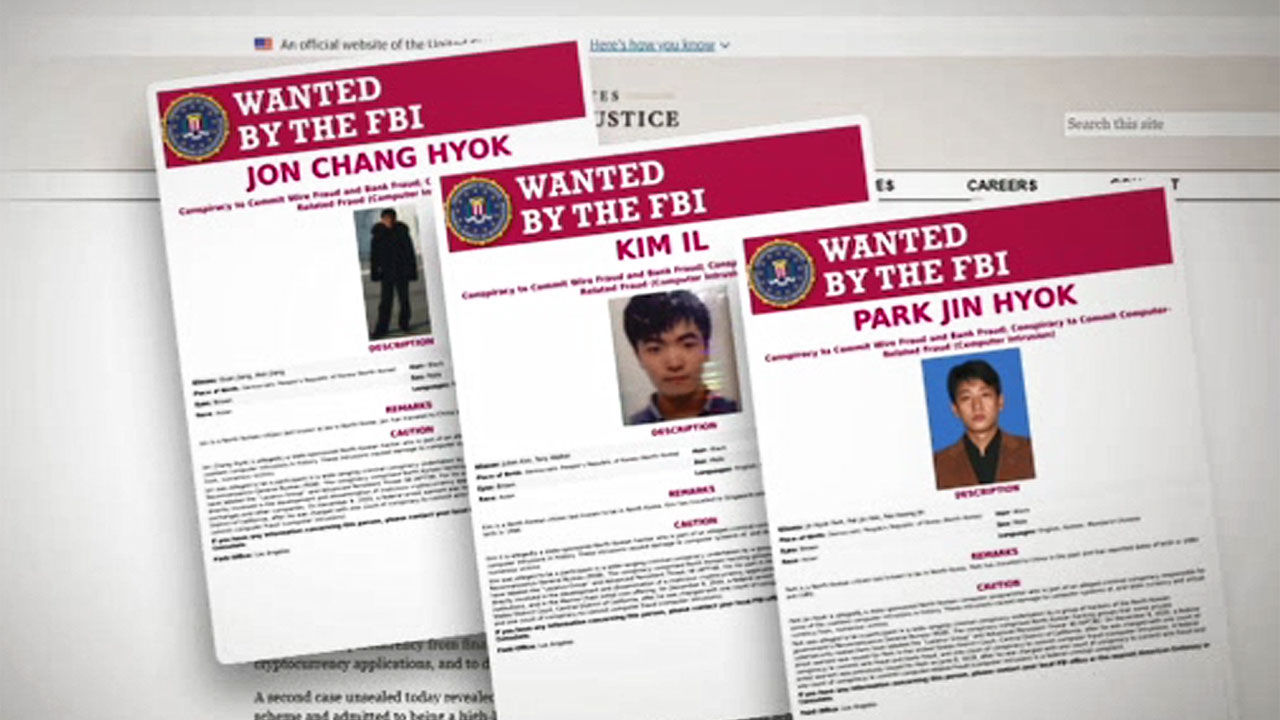 US State Department has prosecuted three North Korean hackers who captured 530 billion won by attempting to hack financial institutions and companies around the world.

He also criticized him as'bank robbery using keyboards', but he covered the level of hacking in North Korea.

This is Park Jae-hyun.

The three North Korean hackers disclosed by the US State Department are Park Jin-hyuk, Jeon Chang-hyuk, and Kim Il.

The amount that they attempted to steal or steal by hacking in the world amounted to 1.4 trillion won.

Those who have been tracked by the FBI over the years are members of the hacking team under the North Korean Reconnaissance Office and are the top contributors to earning North Korean foreign currency.

They mainly stay in North Korea and often travel to and from Russia or China.

[John Dimmers/US Assistant Secretary of Justice: North Korean agents are using keyboards instead of guns to steal virtual currency instead of bundles of cash.

They have become the world's largest bank robbers.]

Among them, Park Jin-hyuk is also accused of being involved in the Sony Pictures cyber attack.

In 2014, Sony Pictures produced a film based on an attempt to assassinate Kim Jong-un, and was subsequently retaliated against for hacking by North Korea.

In an interview with SBS, a global security company rated North Korean hackers as the world's best.

[John Hultquist/Senior Director of FireEye Intelligence: (Hacking Powerhouse) Russia and China are lacking, but they are growing rapidly and being nurtured.]

North Korea even enlisted US government officials for hacking operations.

[John Hultquist/Senior Director of FireEye Intelligence: There was a person working on documents at the US Department of Justice, and it turned out to be working for

I obtained it and demonstrated it.

The username and password you enter will appear on the hacker's computer.

Hackers can also turn off or restart your computer.

North Korea, which is struggling to earn foreign currency due to the coronavirus, is more focused on fostering the world's best hackers.

A lot of different treatment batjiman, can go to foreign countries.