'Most' after 6 months of overseas inflow... Reinforcement of quarantine for entrants

As the fine dust fades, it gets colder tomorrow morning. The most striking feature of today's Corona 19 news is that the number of confirmed overseas inflows was the most in six months. 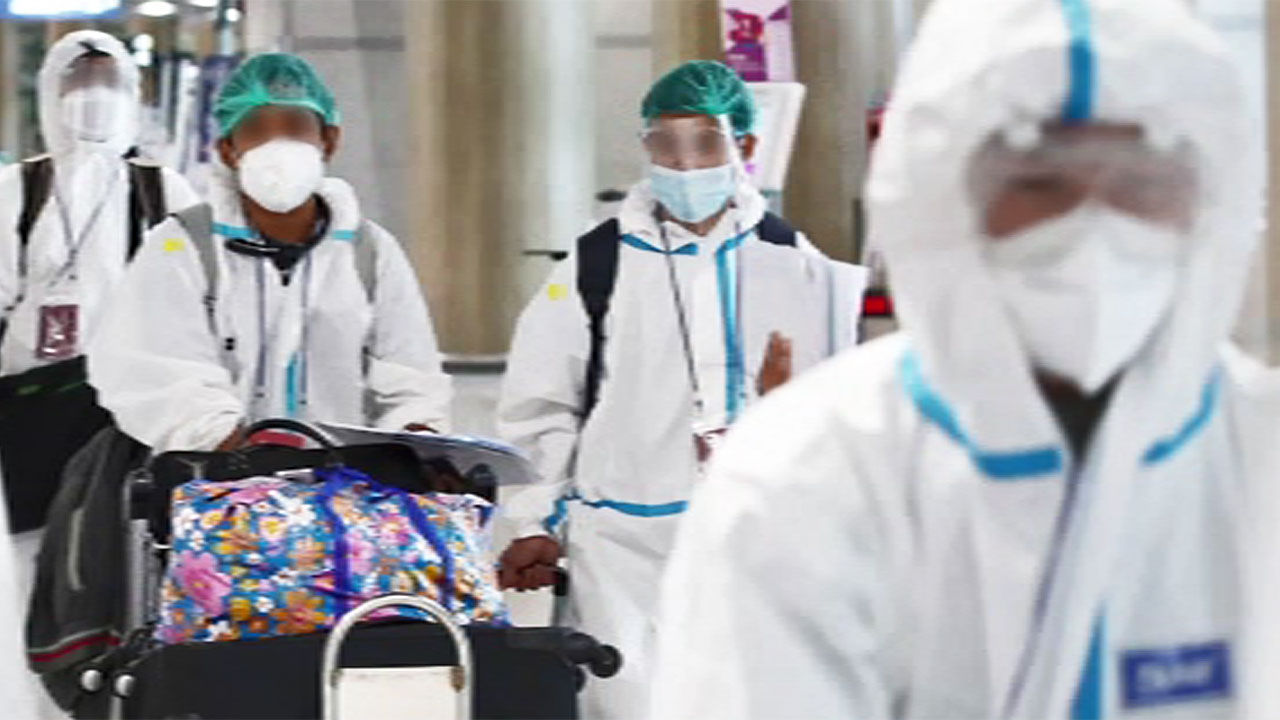 gets cold tomorrow (8th) morning as the fine dust fades away.

The most striking feature of today's Corona 19 news is that the number of confirmed overseas inflows was the most in six months.

As the mutant virus is spreading more rapidly abroad, we decided to further strengthen the quarantine of inbound travelers.

The first news, this is Park Soo-jin.

Among the confirmed cases of Corona 19, the number of foreign inflows was 46, an increase of 19 from the previous day.

It was the most in 6 months since last July.

Twenty-seven were confirmed during the immigration process, and the remaining 19 were tested positive for self-isolation at their residence or temporary living facility.

Although the number is smaller than that of domestic infections, the concern is due to the rapidly spreading mutant virus.

There are 51 confirmed cases of mutant virus in Korea so far, and cases of foreign immigrants infected with mutant spreading to local communities are increasing.

There are 18 countries estimated to have introduced mutant viruses, and only 5 places including the UK, South Africa, Brazil, UAE, and Syria are subject to full screening.

The rest of the country analyzes the entire genome by selecting only 10-20%.

Of the 12 additional mutant infections confirmed yesterday, 9 were not subject to full screening.

Currently, strengthened entry quarantine is being applied to the UK, South Africa, and Brazil only, such as strengthening the fever test standard and submitting a negative confirmation letter.

[Son Young-rae / Head of Social Strategy Division, Central Accident Control Headquarters: Depending on the extent of the spread, these measures to strengthen quarantine will be expanded to those arriving from other countries.]

A phenomenon that the mutant virus spreads rapidly abroad and becomes a dominant species is appearing. As much as, thorough quarantine is required.