Yesterday evening, LP gas exploded in Changwon, Gyeongnam, causing 5 houses to collapse or be damaged, and 7 people were injured. In Incheon, an SUV driver who hit a steel structure on a road died. 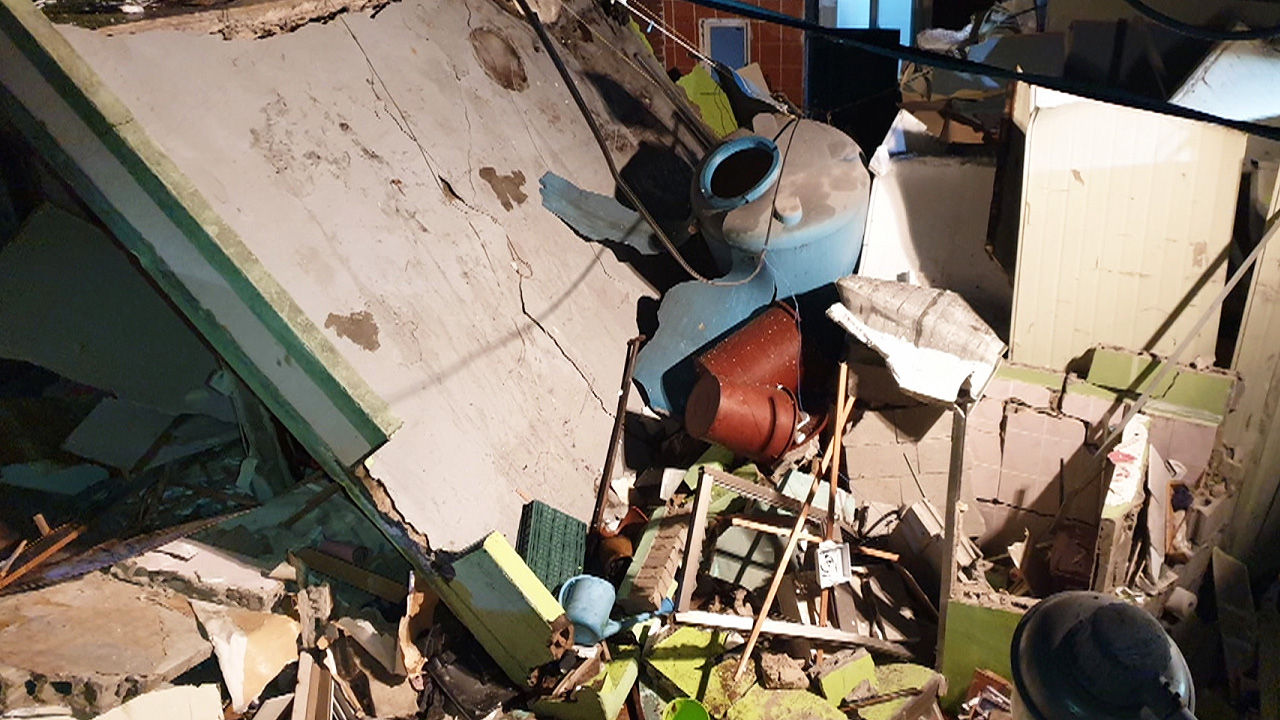 evening of the 1st yesterday, LP gas exploded in Changwon, Gyeongnam, and 5 houses collapsed or damaged, and 7 people were injured.

In Incheon, an SUV driver who hit a steel structure on a road died.

Reporter Han Sung-hee, news of the incident and accident.

roof of a one-story house has collapsed into two rivers, and the surrounding area is full of building debris that was broken by an explosion.

119 paramedics illuminate and search in the cracks of the building with only fragments left.

At around 7:10 pm yesterday, LP gas exploded in a house in Happo-gu, Masan, Changwon-si, Gyeongsangnam-do, and one house completely collapsed and the walls of four neighboring houses were damaged.

Fortunately, he evacuated from the collapse of the building and escaped a big anger, but a gas explosion caused severe burns on the back of an 81-year-old woman and a 50-year-old man Heo. Received.

The fire department believes that an explosion occurred when gas leaked from a 20kg household LP gas cylinder.

The front bumper of the SUV is distorted to make it difficult to recognize.

Last night, around 10:30, a man in his 50s driving an SUV near the exit road of the 3rd Gyeongin Expressway in Namdong-gu, Incheon, struck a steel prop on the road.

The man was taken to hospital from cardiac arrest, but eventually died.

Field investigation revealed that the man was not drunk.

[Police officials: When the first rescuer dispatched and arrived at the site, the doctors said that there was no such smell at all.] The

police are planning to determine the exact details of the accident based on CCTV analysis.