[Sell to the end ①] Hundreds of billions of arrears... Two sons live in luxury villas

In 1985, the tallest 63 building in Korea was built in Yeouido, Seoul. The company that built 63 Building, which was considered a symbol of Seoul, was Shin Dong-A Group, which owned Daehan Life Insurance and Shin Dong-A Construction. 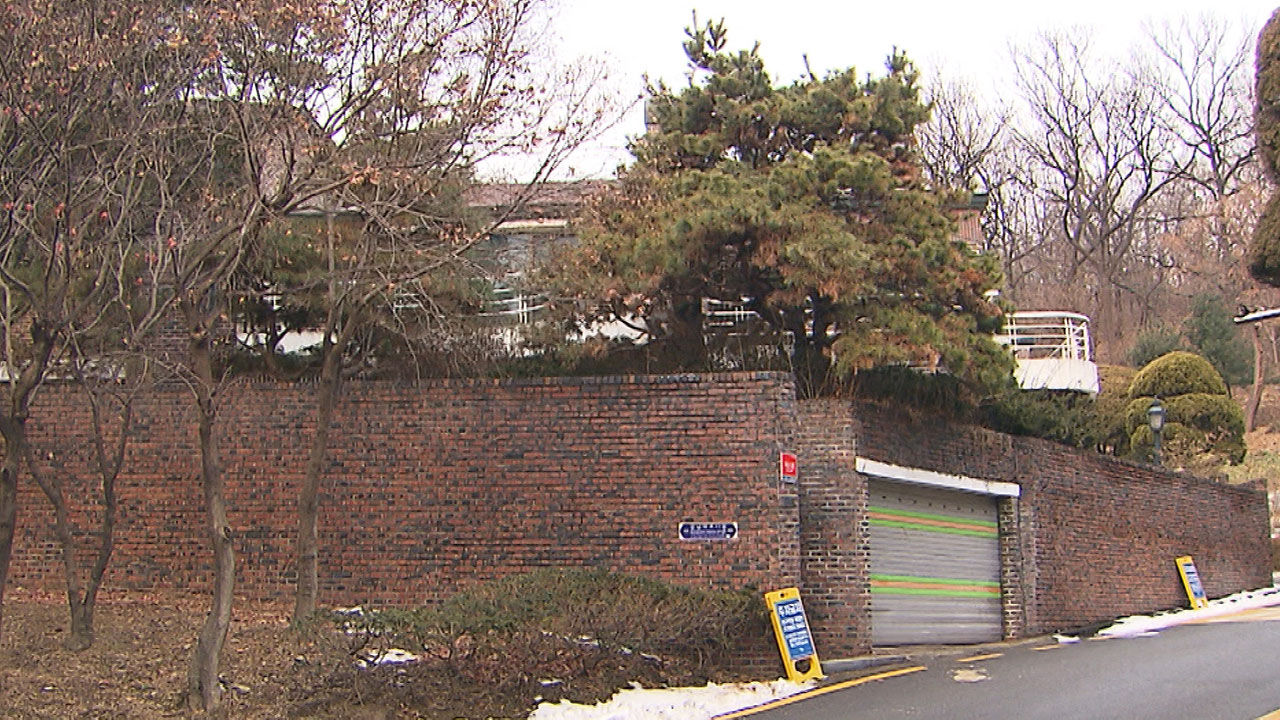 In 1985, the 63rd building, the tallest building in Korea at the time, was built in Yeouido, Seoul.

The company that built 63 Building, which was considered the symbol of Seoul, was Shin Dong-A Group, which owned Daehan Life Insurance and Shin Dong-A Construction.

Shin Dong-A Group was once large enough to have 22 affiliates, but the group was disbanded when it went bankrupt in 1999 due to the IMF crisis.

Former chairman Choi Soon-young, who was the owner of the group, was sentenced to an additional KRW 157.4 billion in a five-year imprisonment for taking his property abroad in 2006.

However, two years later, former Chairman Choi was specially pardoned, and so far, President Choi has not paid only 1 won except for the 3.7 billion won forcibly redeemed by the government.

As a result of the panda team's coverage until the end, the panda team reported that he and his wife were living in a luxury villa in Gangnam, Seoul.

We checked how it can be.

is a villa complex in Yangjae-dong, Seoul, where two-story and three-story house-style villas called'Chairman's House' are gathered.

Former Shin Dong-A Group Chairman Soon-young Choi lives in this villa with a total area of ​​328 square meters, and the actual transaction price at the end of last year was 3.15 billion won.

If there are the first to the third floor, it is a house where one family lives.

There is also a yard.]

In 2013, former chairman Choi told the city government officials who came to collect taxes after opening the door that the church lent them to live for free.

We don't pay, and the ○○○ church lends them all for free.]

At that time, some 100 million won worth of money, such as cash and luxury watches, were found in the house and seized.

However, this villa is not owned by the church, contrary to the words of former president Choi, but owned by his wife, Lee Hyeong-ja, the chairman of the religious foundation and the Christian Mission Torch Foundation.

The Torch Foundation has not only the villas in which the former president and his wife reside, but also two more villas next to them, and when we checked the residents of these two villas, they were the first and second sons of the former president.

Torch Foundation declared the purpose of use of these villas as'training centers' while reporting the articles of association to the city of Seoul.

It is reported as a facility for the education of pastors, and in reality, the couple of former President Choi and the family of two sons live for free.

If you say you only use it as a family home, it will be a problem.]

Former Chairman Choi himself has said that his son does not have a special job and is helping the foundation.

[Choi Soon-young/Former Chairman of Shin Dong-A Group (2015): My son has nothing to do these days, so the missionary has a farm in Anseong.

They farm there.] The

company is ruined and is not paying any additional fines and taxes, but not only the former chairman Choi, but also his son, continue their luxurious lives through the foundation.

end] "I know the psychology of the homeless... Leave the knight in God's will" ▶ [

end] Land accidents, hand over money to prepare a foundation...