48 hours of disconnection in Tenerife

After an atypical Christmas, Tenerife faces a start to the year without Carnival for the first time since 1961. In return, it continues to offer incredible landscapes and an exceptional climate, 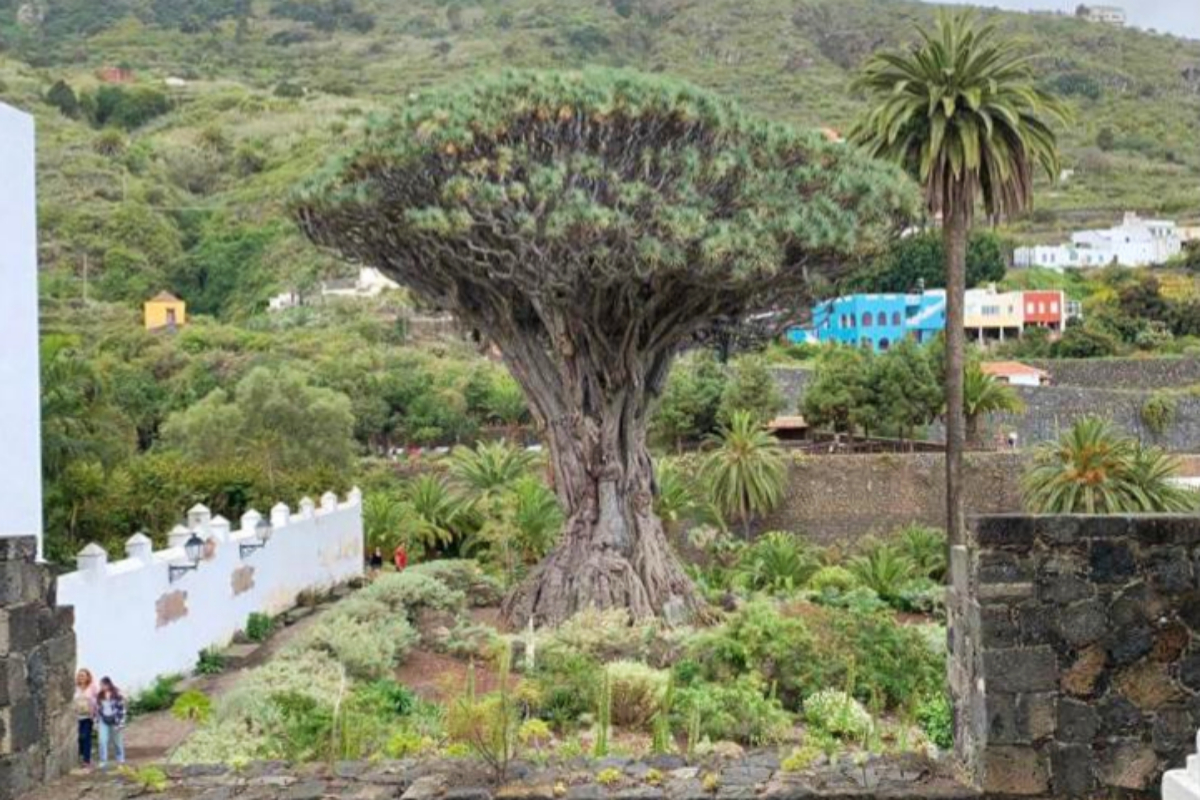 After an atypical Christmas, Tenerife faces

In return, it continues to offer incredible landscapes and an exceptional climate, which allows you to

enjoy the snow on Mount Teide and, in less than an hour, spend the disconnection to the beach

While waiting for the Government of the Canary Islands to determine the new social health measures given the good evolution of epidemiological data on the island in recent days, we offer a particular route for those who choose to escape the cold of the peninsula.

The island has two airports, the Tenerife North-City of La Laguna and the Reina Sofía-Tenerife South International Airport.

Although the distances are relatively short, for an express trip the choice of landing is quite conditioned: it is convenient that it is close to where you are going to spend the night.

To make a quick summary, the south offers "sun insurance", as

, while the north offers closer proximity to must-see places, such as Mount Teide, the Drago Milenario or San Cristóbal de La Laguna.

Precisely the also known as City of the Adelantado, is an excellent starting point.

World Heritage Site by Unesco since 1999 for being

, the first Adelantado, conqueror of Tenerife.

The planning of the city, shaped like a checkerboard that can be read like a star map, was one of the reasons that led to such a coveted distinction.

The Lagoon was drawn following the philosophical principles of the time and the engineer, architect and cartographer

one of the key people in its elaboration.

, such as Old Havana, Cartagena de Indias or Lima.

Full of legends, reluctant to change (many of its streets still retain their traditional name despite being renamed), at the time it was known as the Florence of the Canary Islands for its many churches and convents.

, with its innovative polypropylene vaults;

the Renaissance Concepción Tower or the Salazar Palace, seat of the Bishopric, rebuilt after a spectacular fire in 2006. Nor can we ignore the welcoming Plaza del Adelantado, where the Town Hall is located and, a few meters away, the Church of Santo Domingo , inside which is the tomb of the legendary corsair

, one of the most prestigious institutions in the archipelago.

The former convent of San Agustín preserves the feeling of timelessness enjoyed by some of its illustrious students, such as

As a good university city worth its salt, Aguere also offers a whole list of charming bookstores, such as

In them you can find from the latest novelties to authentic jewelry that will delight collectors.

To eat, Aguere, as it is also known, offers

(Volcán Elena, 9) to the traditional

Another visit that cannot be ignored is that of its two Benetton brand stores (Obispo Rey Redondo, 10 and Herradores, 87), which on the island functions as a kind of

Taking advantage of the stay in the area, it is time to make the leap to

, a Biosphere Reserve since 2015 and the place with the greatest endemism in Europe.

Fall in love with its great landscape and natural relevance, in which

, a type of humid subtropical forest with a characteristic "horizontal rain" and a flora of the Tertiary Period (typical of 20 million years ago) that suddenly moves to another reality, a mixture of a fairy tale,

and a lost frame from the first season of

If the visitor is strong and not tidal, it is time to take the opportunity to follow the road and go down to

From La Laguna you can jump to

, when the troops led by Admiral

The British Crown sought to conquer the island to subdue the archipelago, but its attack was thwarted by the city's defense forces, led by

During the attack, Nelson lost his right arm by a shot from the mythical

It deserves to enjoy the views of

, at dusk, as well as the remodeled Plaza de España, designed by the Swiss architects

, with an artificial lake that will delight the little ones, as well as the many

scattered throughout the island.

is also a perfect place to disconnect with children.

And for those who are already close to adolescence, there are equally interesting options, such as

(Ramón y Cajal, 31), one of the leading stores in Spain in terms

of film and comic

To have a drink,

offers a wide variety of terraces, although if you want to enjoy something typical of a chicharrero, you have to go to

It also offers a good quality / price ratio in establishments like

And if the time still allows it, the dip in

(and the subsequent photo on its viewpoint) is a must.

The morning of the next day should be devoted to

It is recommended to go up one and go down another.

If you climb La Esperanza, you can find wonders such as the sea of ​​clouds (at which point they surpass these heading to the 3,715 meters high of the highest peak in Spain) or

(an ancient river of solidified lava in which accumulate in a superimposed way different types of materials of different characteristics and colors).

In addition, in the ascent there are different establishments specializing in grilled meat, such as

For its part, La Orotava offers wonderful views of its valley and stone structures such as

The Guanche menceys of the Paseo de San Blas, in Candelaria.LBB

For the afternoon, the options are still multiple, depending on energy and accommodation.

To the north, the places that cannot be left behind are

and its natural pools and

with its Playa Jardín: a complex of three beaches in which Punta Brava stands out. with its fierce waves and soft black sand.

To eat in the area, any

that we mention here will delight the staff.

If you opt for the South, the stop at the

Basilica of Our Lady La Candelaria

the Patron Saint of the Canary Islands

, guarded by the Guanche stone menceys that protect her from the force of the ocean that put her in her hands.

In addition, its Cofradía (Pozo, 5) is one of the most respected on the island, with excellent fish, something that the mythical

Los Cristianos (with its magnificent Las Vistas beach) and the majestic Los Gigantes Cliffs, with its Los Guíos beach, may be the final point of the expedition.

And if there is time, hiring a boat visit to see the wonderful cetaceans that swim along its coastline is an excellent option.

AracenaHuelva is not just Doñana: five excuses to get to know its mountains 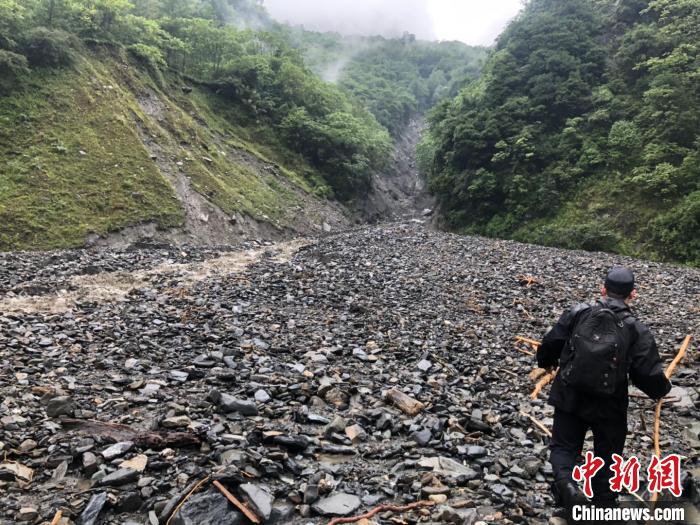 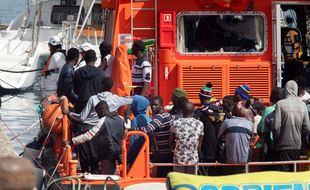 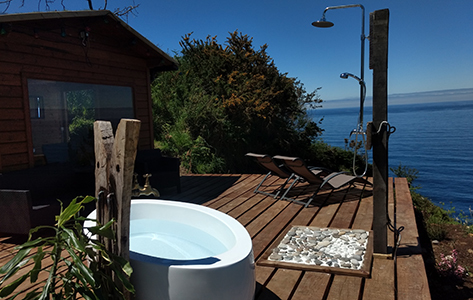