Hundreds of church members poured out... Worship on multiple accusations

The number of new corona 19 confirmed patients to be announced today is expected to be significantly less than 1,000. However, group infection, which is not easily caught in religious facilities, is a problem. 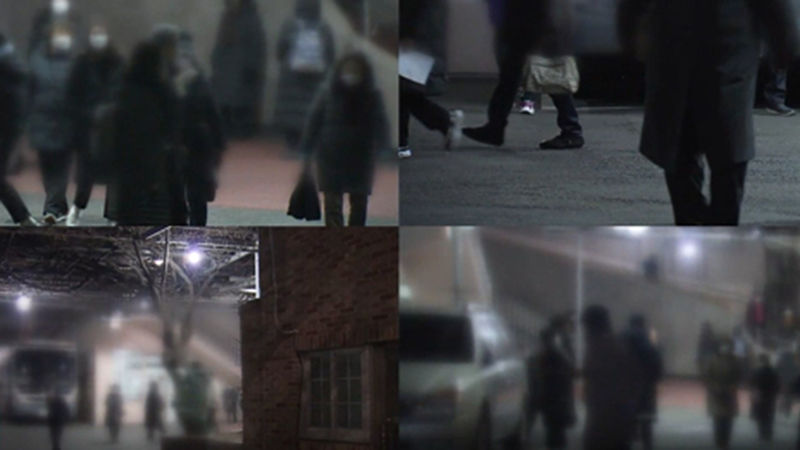 It is expected that the number of new corona19 confirmed patients to be announced today (8th) will be significantly less than 1,000.

However, group infection, which is not easily caught in religious facilities, is a problem.

KNN reporter Park Myung-sun covered some of the churches where hundreds of people still gathered to conduct face-to-face worship.

late evening, more than 400 church members poured out from a church in Busan.

If you violated the quarantine guidelines, you were forced to worship.

Despite being ordered to suspend operations from the next day after several accusations, it violated the quarantine guidelines again the night before.

[Ahn Young-cheon/Busan Seo-gu Office Culture and Tourism Section Manager: Suspension of operation until 24 p.m. on January 16, the administrative disposition has been put down on the 10th.] The

same is true of another church in Gangseo-gu, Busan.

It violated the 2.5 step quarantine rule that no more than 20 people should gather.

A press conference was held where members from all over the country gathered to protest the quarantine guidelines.

[Pastor Son Hyeon-bo/Pastor: (According to taste) I think that it is the way to change the law freely and approach the whole country where we are told to follow and obey.]

If you violate the quarantine rules, up to 30 days following the first warning according to the infectious disease prevention method Shutdown, at the end of the day, may be ordered to close.

However, the jurisdiction of Gangseo-gu, Busan, failed to issue the first warning and is in a position to watch it until the 17th.

Despite continuous field inspections amid the lukewarm response of local governments, face-to-face worship in violation of the 2.5-step quarantine guidelines continues.