With 67 people infected with Noryangjin... 300 vehicles on the fourth day of new confirmation

The spread of corona infection is seldom caught. Yesterday, 386 new confirmed cases were added one day, reaching 300 for four consecutive days. This is reporter Ahn Sang-woo. 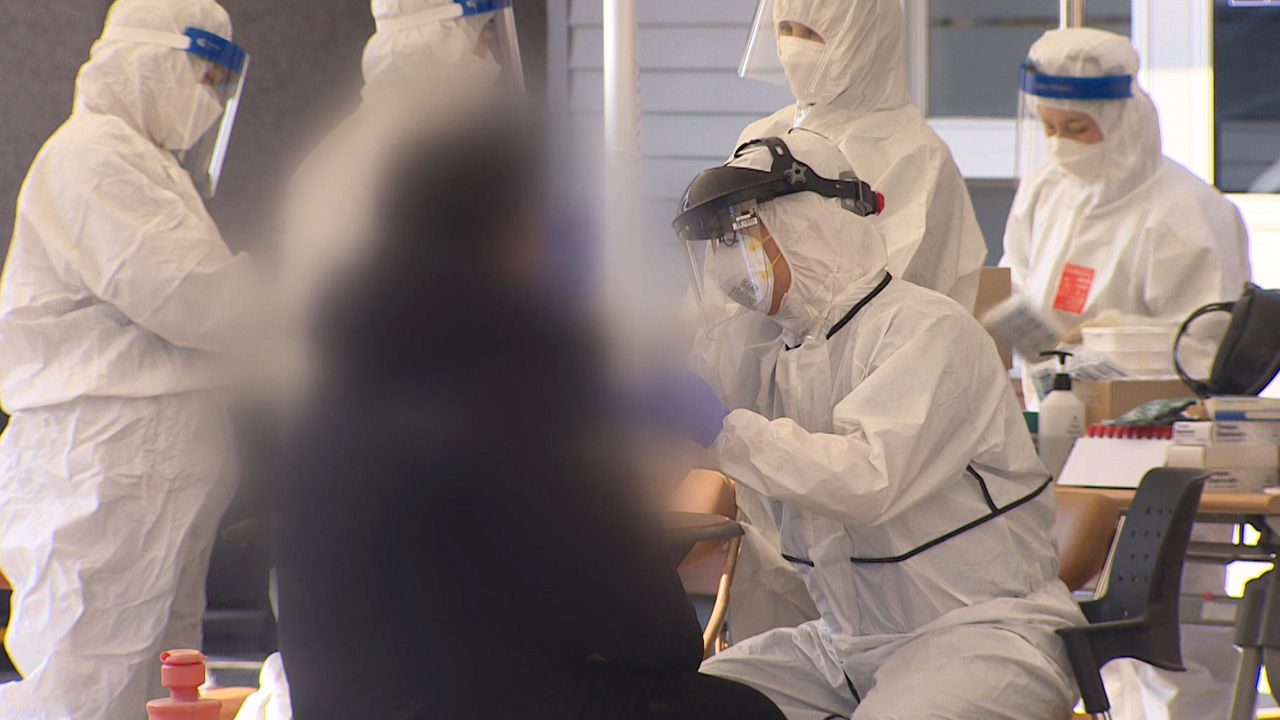 This is reporter Ahn Sang-woo.

Of the 386 new confirmed cases added yesterday, 361 cases were infected in Korea.

There were 154 people in Seoul, the highest in history, and 262 people were concentrated in the metropolitan area.

Schools, academies, religious facilities, and various small groups are causing new outbreaks of large and small groups all over the country.

On the 18th, at the Noryangjin Gosi Academy, where the first confirmed cases came out, 67 test takers were confirmed as of this morning.

Including instructors or school staff may increase the number of related confirmed cases.

In addition, at least 29 people were diagnosed with Cheongnyeonsa in Dobong-gu, Seoul, and the number of confirmed cases related to family and acquaintance meetings in Namdong-gu, Incheon increased to 40.

The cumulative number of confirmed patients related to the nursing facility for the disabled in Cheorwon-gun, Gangwon-do, has reached 40, and 22 additional people have been confirmed positive in the process of tracking contact related to the social gathering in Changwon, Gyeongsangnam-do.

The number of deaths related to Corona 19 infection increased by two more, killing 503 so far. News/Politics 2020-07-01T20:56:27.569Z
If the number of infected people increases sharply, the “declaration” is issued again The government carefully analyzes Corona