American and Chinese scientists have found that two species of flying theropod dinosaurs became extinct in the late Jurassic in just a few million years. Both the chi and the ambopteryx could not compete with their arboreal relatives and the first birds, since they flew very poorly, despite the presence of wings. The study showed that evolutionarily dinosaurs tried to adapt to the air in different ways, but not all development paths were successful. 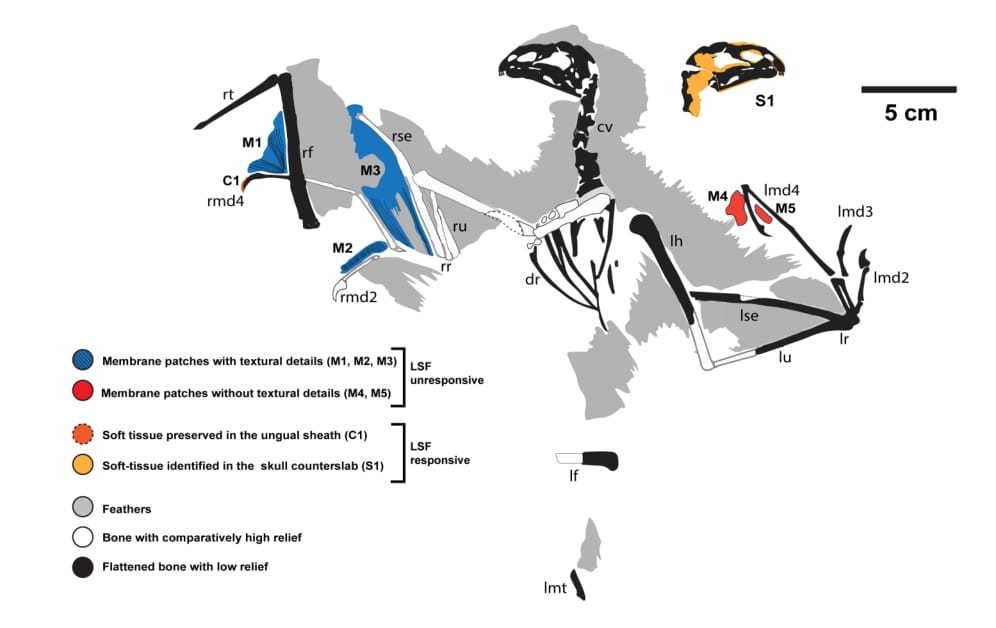 As a result, the reason for the rapid extinction of these animals at the end of the Jurassic period was established - the inability to active flight.

The research is published in the journal iScience.

Scientists scanned the remains of small flying tree dinosaurs using laser spectroscopy to understand the structure of their bones and muscles.

The researchers then applied mathematical modeling techniques to test the flight characteristics of these distant bird relatives.

As calculations of paleontologists have shown, both species represent a kind of "evolutionary dead end": possessing wings, these dinosaurs learned to glide between trees like flying squirrels, but they never mastered active takeoff and flight.

Primitive skills were not enough to compete with other arboreal dinosaurs and the first birds, scientists believe.

Therefore, the Late Jurassic and Chi and Ambopteryx, which lived about 160 million years ago, became extinct in just a few million years.

The results of the study also showed that before the advent of birds, dinosaurs used various flight techniques, but not all of them were successful.

“As soon as the birds took off, it turned out that these two types of dinosaurs were so poorly adapted to flight that they were simply forced out of there.

Probably, with such unsatisfactory indicators, one can survive for several million years, but they were awaited by predators from above, competitors from below, and even some small mammals that drove them out to complete extinction, ”notes the study's author, Associate Professor of Biology Thomas Decekki.

It is this suborder that is the progenitor of birds.

At the same time, both chi and ambopteryx were noticeably different from most theropods - they weighed less than 1 kg, lived in trees and glided from branch to branch, feeding on insects, seeds and other plant foods.

And these dinosaurs, most likely, did not know how to take off on their own.

“Only with a very big stretch it is possible to imagine that they could fly by flapping their wings ... They could soar, but even with soaring they didn’t do very well,” Decekki says.

According to Thomas Decekka and his colleagues, hovering could save small tree dinosaurs for some time, but these creatures could not defend their habitat.

“They could not win either on the ground or in the air.

Therefore, it was done with them, ”the scientist explained.

According to the researchers, work on the complete restoration of the structure and appearance of these unusual creatures will continue.