Threatening tags &amp; nbsp; Jérémie Breaud, LR mayor of Bron, &amp; nbsp; in the suburbs of Lyon &amp; nbsp; were discovered Thursday morning. &amp; Nbsp; The facts would have been committed between midnight and 1am at night by twenty individuals. 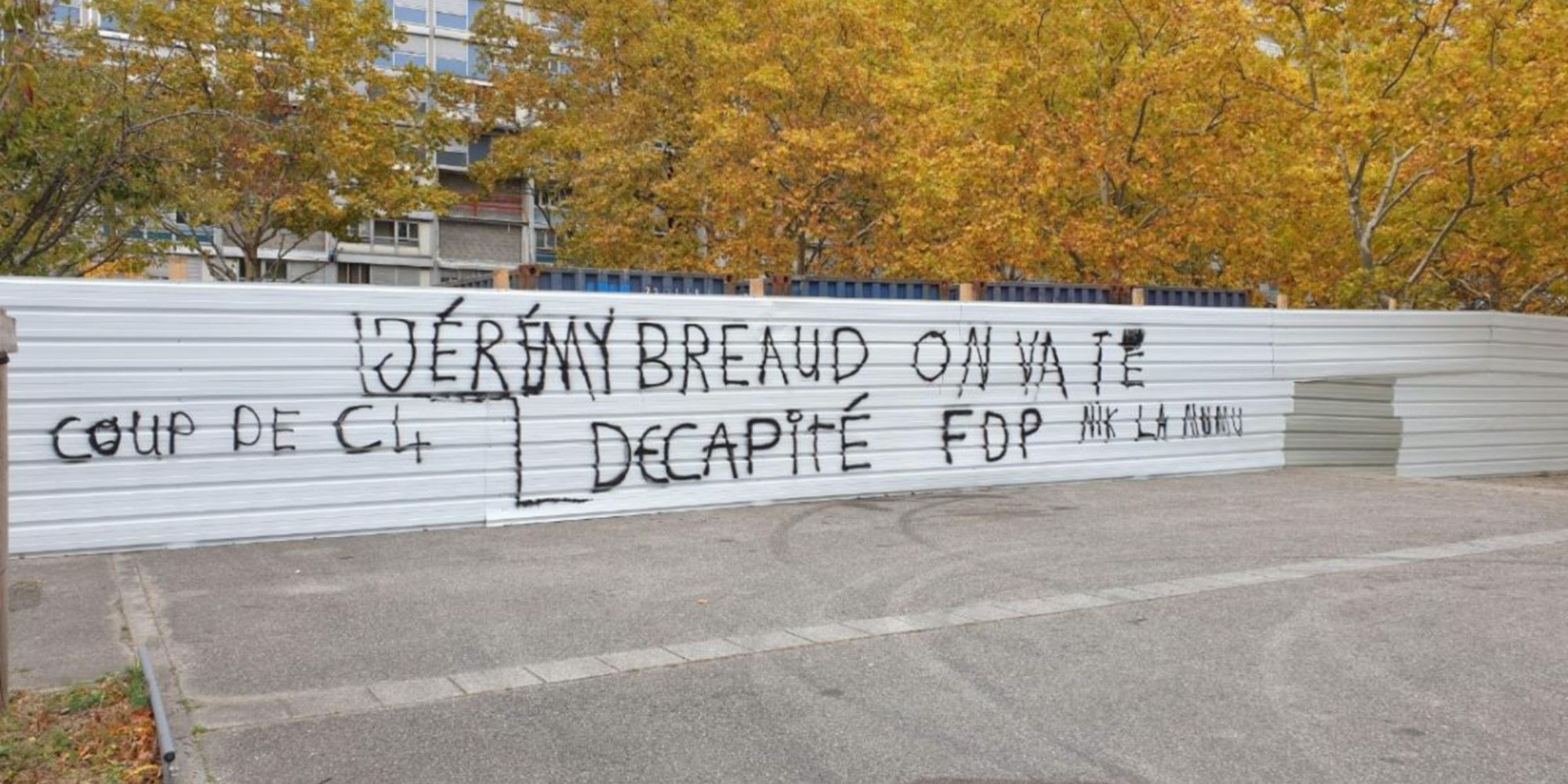 The Facts would have been committed between midnight and 1 am in the night by a score of individuals.

Threatening tags Jérémie Bréaud, LR mayor of Bron, in the suburbs of Lyon, were discovered Thursday in Chassieu, a neighboring town.

According to our information, the acts were committed between midnight and one o'clock at night by about twenty individuals.

It was a security guard who discovered them on a construction site he was monitoring.

Are written in particular "We are going to decapitate you" and "fuck the mumu", in reference to the municipal police.

, Jérémie Bréaud has been regularly the target of death threats in recent days, after an anti-narcotics crackdown carried out in his city.

"How to accept that a man can be beheaded so cowardly in 2020?", Declared Jérémie Bréaud the day after the Conflans-Sainte-Honorine attack, during which Samuel Paty, professor of history and geography, was assassinated then beheaded for showing Muhammad caricatures in class.

"By attacking a teacher, it is the Republic that we attack. A teacher who just defended freedom of expression," he continued, quoted by