Getafe Negro 2020 starts on Monday 19, the great appointment with police literature that, since 2008, has been held in this city in the south of Madrid. For seven days, Getafe and for exten 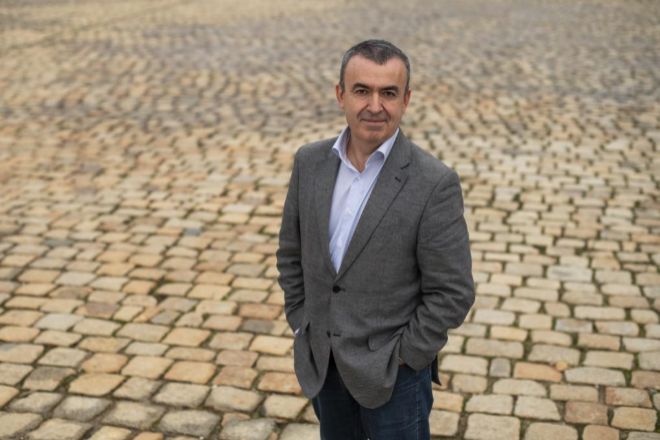 From Chandler to Simenon, Lorenzo Silva's favorite authors to delve into detective literature on the eve of Getafe Negro 2020, which begins on Monday

Getafe Negro 2020 starts on Monday 19, the great appointment with police literature that, since 2008, has been held in this city in the south of Madrid.

and by extension Madrid and Spain will become a

literary embassy of a genre that has more

and that has, precisely, among its great representatives, the curator of the Getafense festival,

Author of more than 70 works, including children's and youth narratives, essays, travel books and novels, it has been his detective titles that have made him one of the favorites of the general public, thanks to the saga starring the pair of guards civilians Bevilacqua and Chamorro.

With these two members of the Benemérita he

) and they are still in the gap: this summer he has published the new installment of the series,

to enjoy this type of literature.

"Selecting only five forces me to

, although, as in everything, it is always a matter of taste," he clarifies.

. He is among my essentials because, in my opinion, he is the writer who

best knew the world of crime of his time

and because he gave it a literary form," says Silva.

The American author (Maryland, 1894-New York, 1961) belonged to a peasant family and left school early, at the age of 14, at which point he began to do all kinds of jobs ... until he came across the

, where he would possibly obtain

for his future stories.

In the 1920s he turned to literature and, between

with novels such as

The Curse of the Dain

and his best-known title,

He parked letters for

, was a member of the Communist Party of the United States, participated in World War II and was persecuted by the Committee on Un-American Activities ... A life of thriller.

of Philip Marlowe, one of the best known private detectives in literature, thanks mainly to cinema - is part of Silva's classics quintet.

"For me, Chandler is

the great author of the crime novel

. He is the one who gives a more

to this type of story," explains the Madrid-based creator.

Perhaps that vision has to do with the maturity of this American (Chicago, 1888-La Jolla, California, 1959) who grew up in England and worked as a journalist and executive for an oil company, who wrote poems and some stories, but did

not publish his first novel until age 51

And that is the moment when

, a character with whom he would always form

and who gave rise to numerous titles, such as

The Lady of the Lake

of the genre," says Silva, who bets on

"because of how it brings the story closer to the

point of view of criminals

Not in vain its protagonists present a twisted and sometimes cruel streak.

Although today he is recognized, along with Hammett and Chandler, as one of the three greats of the genre, Thompson (Oklahoma, 1906-California, 1977) spent part of his life in

with problems with alcohol and money.

Considered a cursed author, he wrote his first stories in a newspaper, in 1921, inspired by the real cases that his mother and sister told him.

After an erratic period that led him to travel the country, he ended up in New York, where he worked as a

at the same time that he began to publish detective novels.

The murderer inside me

There is room for a woman in the quintet of the Getafe Negro curator, one of the most disturbing creators of contemporary narrative:

(Texas, 1921-Switzerland, 1995), whose reading Silva recommends "because of how she dives into

the darkest of human motivations.

Highsmith, who studied journalism and at the age of 29 published his first novel,

Strangers on a train

, when the year after its publication the director adapted it to the cinema ( 1951).

Sea in the background

The talent of Mr. Ripley

and so on up to more than

books, full of topics such as guilt and crime and

characters on the edge of good and evil

Uncomfortable with the American environment of the 1950s and 1960s, in 1963 she left the country and moved to Europe.

Some of the best known books by these five classic novelists.

with a classic of the European

, who is part of this top five "because of how he deals with the dimension,

sometimes everyday and vulgar, of crime

Born in Belgium (1903), Simenon had a long life (he died in Switzerland in 1989) also professionally: he wrote

under his name, apart from those published under a pseudonym.

And, although he has cultivated other genres, it is the works starring the

that have placed him at the top of the crime novel.

Hammett, Chandler, Thompson, Highsmith and Simenon, five basics to get into the black genre and learn from it.

my great reference is Raymond Chandler, but I try to learn from the other four as

well," says the creator of Bevilacqua and Chamorro, the most famous couple in the Civil Guard.