Eric Kayser: "Good bread is sold in bakeries, not in Chinese"

The son, grandson and great-grandson of bakers, Eric Kayser came into the world with a written destiny. Born in Alsace, the life of this French entrepreneur has always been linked to bread. Bu 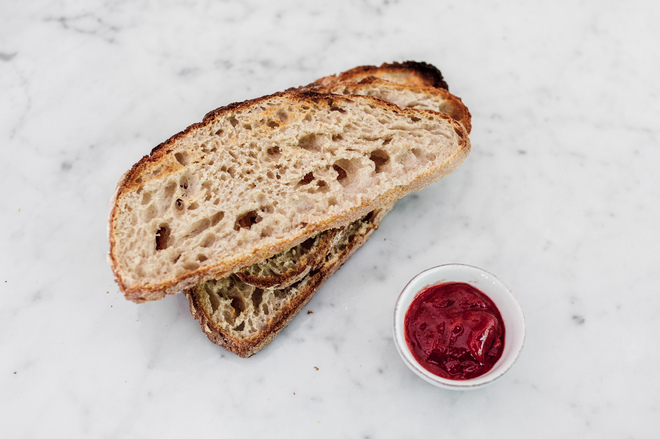 These are (some of) the best bakeries in Madrid

Maison Kayser lands on Velázquez street, with its delicious breads and croissants

Macron advisor, plans to open 20 stores in our country in 4 years

The son, grandson and great-grandson of bakers, Eric Kayser came into the world with a written destiny.

Born in Alsace, the life of this French entrepreneur has always been linked to bread.

Well, good bread, which is not the same.

"At the age of four he already knew that he wanted to be a baker."

He has just been in Madrid to 'officially' inaugurate -the place opened in June- his first Maison Kayser bakery in the capital.

"Our secret is the good ingredients and long fermentations," he explains.

And its sourdough, of course, its famous 'levain'.

In 1994, this food critic created an intelligent machine capable of maintaining and preserving natural liquid yeast at an ideal temperature.

This yeast, the basis of its products, is pampered every day by the bakers in each of its stores.

"Here everything is done by hand and that always makes a difference," he adds.

They offer 15 different breads and so far word of mouth has worked best for them.

The undisputed star, the kayser loaf, which is made with a semi-integral flour.

"The good bread is bought in the bakeries, not in the Chinese one", they defend in this Gallic chain.

Eric Kayser, at his store on Velázquez Street.

Ambassador and benchmark of French bakery, his name has reached the Elysee Palace.

During Emmanuel Macron's 2018 trip to the US, he served as delegate and business, cultural and gastronomic advisor to the French president.

His is an agenda full of commitments.

A teacher at the Institut National de la Boulangerie Pâtisserie (INBP) for almost ten years, in his curriculum he boasts of having traveled the world teaching the essence of tradition and French good work.

in 1996, he started his solo adventure

with his first Maison Kayser location in Paris (8 Rue Monge).

Its business concept is to give prominence to

'the kitchen of the bakery'

, a way of linking good bread with healthy and rich dishes prepared with the same philosophy: fresh, artisan, local products.

Salads, sandwiches, salty croissants ... Everything can be enjoyed with its

, both to pick up at the premises and to take home.

And there is no lack of a high-end pastry shop, with

that already have a place on the list of the best in the capital.

"When you bite into a good croissant, the puff pastry crumbs have to fall off," he explains as he cuts one in half.

"The color of a croissant says it all; the smell of butter and sugar. When you open it, you have to look at its holes, irregular due to fermentation. The fluffiness of the dough is appreciated when you squeeze it and it recovers its shape."

The Maison Kayser chain already has 300 stores in 23 different countries.

Tokyo, New York or Hong Kong have already fallen into the temptation - difficult not to do it with that chocolate palm tree.

In Spain they plan to open

in the next four years

"To be a true baker is to produce a daily miracle by transforming simple food, water, yeast, salt and flour into complex and varied flavors."