In one church in Daegu, the total number of members is 100, but 30%, more than 30 people all contracted coronavirus. The church members took a chartered bus to the Gwanghwamun assembly, and they dried it up in the city. 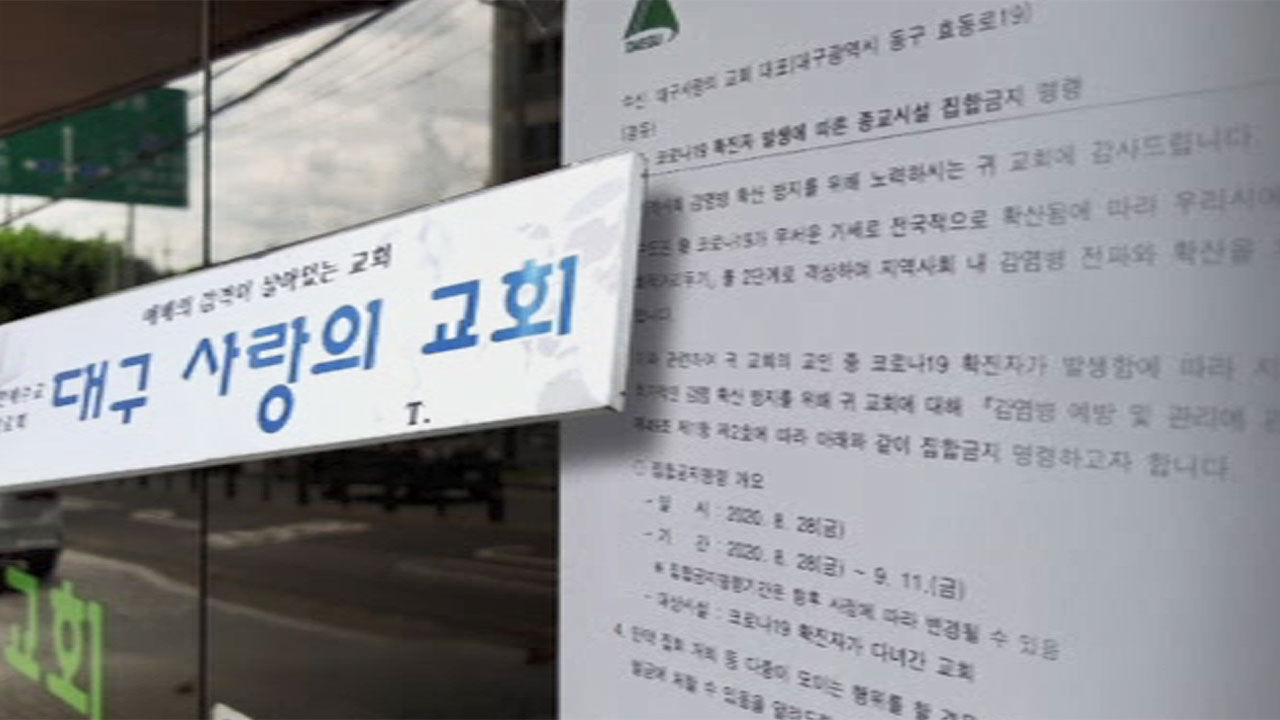 one church in Daegu, the total number of members is 100, but 30%, more than 30 people all contracted corona. The church members took a chartered bus to the Gwanghwamun assembly, and they dried it up in the city. Daegu City is contemplating ways to raise the distance to the level of the metropolitan area.

This is TBC Nam Hyo-joo.

It has been 152 days since April 1 that the number of confirmed cases exceeded 30 per day.

In particular, 29 of them are members of the Sarang Church in Dong-gu, Daegu, where 46 out of 103 members of the church attended the Gwanghwamun assembly.

Of these, 22 attended the Gwanghwamun assembly, and most of them were confirmed again after receiving negative tests in the diagnostic tests that were conducted before the 26th.

Gwanghwamun with parents on the 15th .  After one of the Daeryun Middle School students who attended the rally was confirmed, their parents and older sisters were confirmed one after another, and they went into a thorough investigation into the Church of Love where these families attended, and mass infection was confirmed.

In particular, at the Church of Love, where group infection occurred, participants at the Gwanghwamun assembly held two face-to-face worship services on the 23rd and 26th despite the Daegu City request to refrain from worshiping.

The anxiety of nearby residents is growing.

[Inhabitants near the church: I am anxious to be anxious. Because I am anxious, I don’t like people going there in the future.]

Daegu City self-isolates all members of the Church of Love for two weeks, and is conducting an epidemiological investigation of the movement of confirmed people and contacts.