Accounts dubbed "ficha" have been disseminating intimate photos and videos of young girls, often minors, from the start of their confinement, without their consent. "Nearly 50 reports 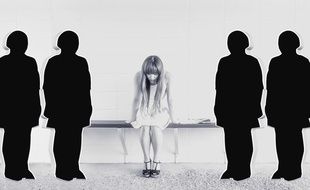 “I no longer dare to go on social media, nor speak to my friends. What happened traumatized me… ”Sarah, 16, has lived prostrate at home in Garges-lès-Gonesse (Val d'Oise) for more than a week. A few days ago, she discovered naked photos of her, posted without her knowledge on a Snapchat account named "ficha 95". "It was a friend who warned me that it was circulating on Snap. When I saw them, I started to cry. I was completely upset, I told myself that my life was screwed up, ”says 20 minutes the girl who, out of shame and for fear of reactions, did not dare to tell her relatives.

Sarah is not the only adolescent victim of these accounts called "ficha" [typing the poster in verlan], which often followed by a department number. Since the start of confinement due to the coronavirus epidemic, this new form of porn revenge and slut shaming has swept over Snapchat and Telegram encrypted messaging. The process is the same every time. The authors of these accounts ask their subscribers to send them sexual images of their ex-girlfriends or any other girl around them, and broadcast them repeatedly on the platform. "Send me your files with first name and city. Go ahead, I put everything! ", Could we still read on a Snapchat post posted earlier this week.

[URGENT] On @Snictionary, "ficha" accounts are created by department and reveal photos and sexual videos of young girls. It is serious and prohibited.
Call @Sn snapchat to intervene.
RT this message!
Cc @PoliceNationale
Via @fannysaintcoeur

This phenomenon of porn revenge particularly affected the departments of Ile-de-France. "I was alerted by a dozen young girls in distress, from the first days of confinement," said 20 Minutes Hind Ayadi, president of the association Hope and Creation in Garges-lès-Gonesse. “It was essentially nudes [naked photos] of minors, some were barely 14 years old. They were "displayed" naked, in compromising positions. It was just disgusting, “adds the activist association. The authors of these accounts have not only disseminated photos and videos of a sexual nature. "Many also revealed personal information concerning the identity of the victims, so that the victims were also harassed," details Hind Ayadi.

The president of the association quickly decided to mobilize to stop these practices. “A kid sent me the photo of a drug strip she had just taken, telling me that she wanted to kill herself. And that's when I said to myself that something really had to be done to stop it. ” With other associative activists, Hind Ayadi then decides to raise the awareness of the maximum of people around them, and to make pedagogy. “I asked all the young people to dissociate themselves from these practices, explaining to them that it was child pornography. And I even talked to the author of one of these accounts, who did not see "where was the harm in doing that". He finally apologized and told me he wouldn't do it again. ” Today, thanks to this mobilization, no more "ficha" account is active in Garge-lès-Gonnesse. But the phenomenon has unfortunately spread, by fashion, to several neighboring departments…

"Fifty reports" since the start of containment

The proliferation of these accounts worries today at the highest peak. “As soon as we learned of the first testimonies on social networks, we got directly in touch with Snapchat. Our priority was first to have all this content removed to protect these young girls, ”said Marlène Schiappa, Secretary of State for Gender Equality, to 20 Minutes . “Platforms must take their responsibilities, particularly during the confinement period when they are very used, because these cyberviolences have consequences in real life! "

Ficha accounts are not a new phenomenon, but the covid-19 epidemic, and the resulting containment, has exploded this practice. “Some are bored. To overcome the monotony, they told themselves that it was fun to "display" girls like that, without realizing the harm it could do, "recognizes the president of the association Hope and Creation . “There is a great deal of idleness on the part of young people who no longer go to college, to high school and who no longer have any activity. I want to take this opportunity to send a message to parents who must be vigilant during this period of confinement: they must check the history of their children and what they do on their networks, it is their responsibility to talk about it. with them, ”adds Marlène Schiappa.

Despite the explosion of these acts of cybercrime in recent weeks, complaints are very rare today. “Young girls are overcome with a sense of shame and face the fear of telling an adult about it. Very often, they are unaware that the distribution of their photos without their consent is a crime, ”deplores the association e-Enfance, which manages the anonymous and free platform for helping victims of harassment Net Ecoute. "None of the teens who contacted me today wish to file a complaint," recognizes Hind Ayadi. “They cannot do it alone because they are minors. And it is just unthinkable for them to warn their parents ”.

It is however essential to report this content and, if necessary, to file a complaint, specifies the e-Childhood association. "Minors can go and report themselves to the police, but also report the content to Pharos [reporting platform] and send it back to us so that we too can act," says Marlène Schiappa. “Social networks are not a zone of impunity, nor is the period of confinement a period of lawlessness. Pharos and the digital brigade, in Rennes and Guyancourt, remain mobilized 24 hours a day! »Contacted by 20 Minutes , the sub-directorate for combating cybercrime (SDLC) and the Central Office for combating crime linked to information and communication technologies (Oclctif) declined to communicate for the moment.

Feel free to reply to the tweet or send a private message for the accounts I haven't listed 😉 # fisha # fishadu91 #stopfisha pic.twitter.com/dNg8HjZaFE

To try to stem this phenomenon during the next weeks of confinement, the State secretariat for equality between women and men decided to work with the lawyer Éric Morain, specialized in cyber harassment issues, "to build educational content which will soon be broadcast on Snapchat, in order to raise awareness among platform users. ”

Benjamin Griveaux's withdrawal: What is the risk of spreading sexual images of another person without his knowledge? 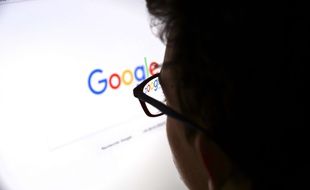 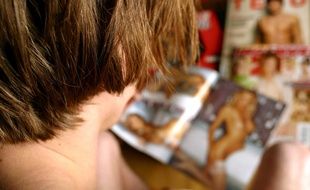