'Social distance' has been strengthened, but some churches still have field worship

'Strengthened social distance' to prevent the spread of corona19 is being carried out, but on the 29th, some churches in Seoul held field worship services. Moon Jae-in, the leader of the Korean People's Struggle Headquarters led by Pastor Kwang-hoon Jeon of the Korean Christian Federation, held a 'Sunday United Worship' at the Sarangje Church in Seongbuk-gu, Seoul this morning. 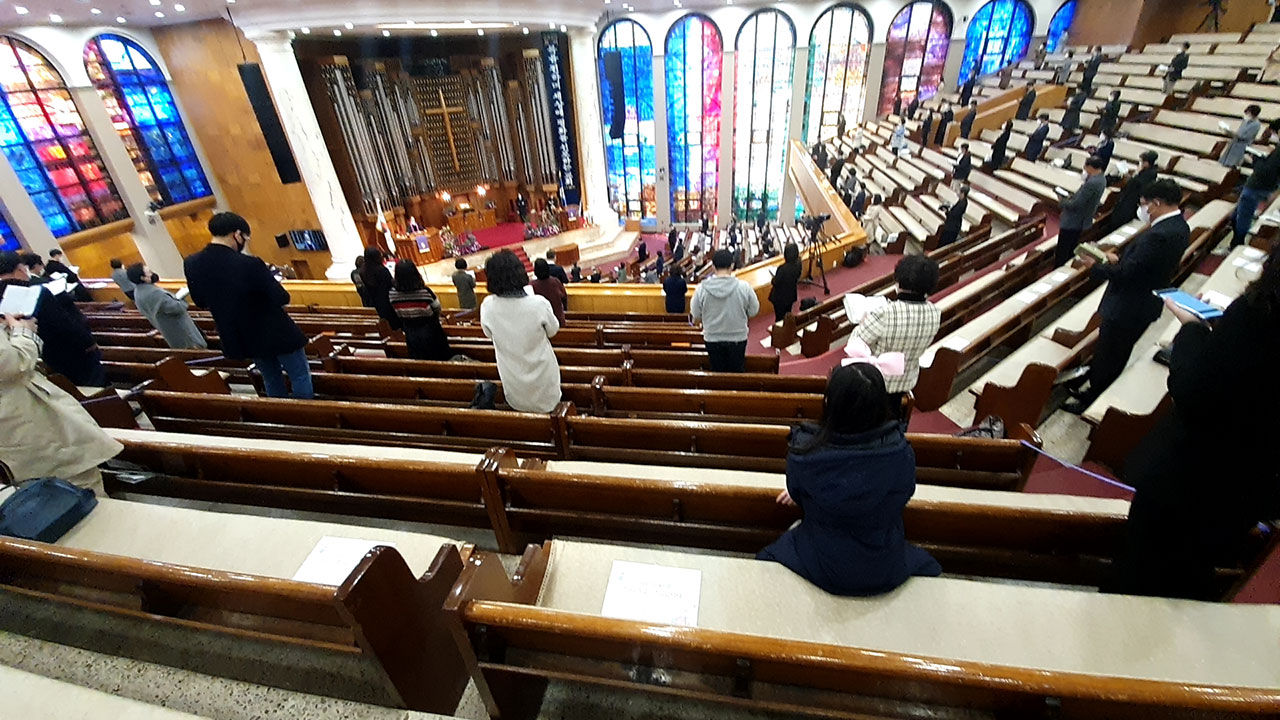 'Strengthened social distance' to prevent the spread of corona19 is being carried out, but on the 29th, some churches in Seoul held field worship services.

The church was given an administrative order to ban the assembly by the city of Seoul on the 5th of the following month because it did not follow the quarantine rules, such as 'maintaining the distance between the believers' at the service on the 22nd of this month.

Violators can be fined 3 million won per person.

Nevertheless, in this church that held on-site worship, believers began to gather one by one from 9:00 am on that day.

More than 110 employees and 400 police officers from the city and Seongbuk-gu offices were dispatched to the site, but they did not completely block access to the church.

The believers took a step by protesting to them, such as "I will sue them for worship violations."

Some have spoken and sweared to government officials and police, such as "Reds who oppress religion. Are you from North Korea?"

At 9 am, a 5t truck with 500 plastic chairs to be placed in a chapel temporarily placed in a church parking lot arrived, but was blocked by police detention.

The church had been playing with the police for about 30 minutes before finally moving the chair by hand.

One Shinto replied, "Before entering the church, it's okay to measure your body temperature and disinfect your hands. Please keep the police and officials away from each other."

An official from the Seoul City Hall said, "Since the city has already ordered the church to ban the assembly, today's worship is a serious violation."

On this day, the Yonsei Central Church in Guro-gu, Seoul, also held a field service with the attendance of believers.

The church only allowed registered believers to attend the service, and all vehicles as well as those coming and going were disinfected.

Church officials explained the reason for sticking to the field service by saying, "More thoroughly than the government's recommendation, we provide more thorough prevention. Online worship is recommended, but we can't stop people coming to church."

Justice Lee Ho-seong, Guro-gu Gap, held a one-person protest in front of the church with a sign saying 'Let's stop worshiping because the people are uneasy.'

"I think the church should fulfill its public responsibilities," said Lee, a candidate for the fourth week's protest.

At the entrance, the church wrote a questionnaire to the believers and wrote their name and contact information in the guestbook.

Inside the chapel, only one or two people sat on a 2-meter long chair.

An official from the church said, “I thought that the church's headquarters was to provide 'a sanctuary of heart' and held field service.

In the meantime, these are facilities that have been classified as having a high risk of infection or due to the nature of the workplace.

The municipality checks whether the facility, which has been advised to stop operations, is open or not and is following the quarantine guidelines.

If a violation is confirmed, a dismissal is issued and an assembly and prohibition order is issued according to the infection prevention method.

On this day, the Seoul Metropolitan Police Agency deployed 906 police officers in 497 religious facilities to support the inspection of the city hall and ward offices.

Meanwhile, the Myeong-Dong Cathedral in Jung-gu, Seoul, which had halted mass until the 5th of next month as a preventive measure for Corona 19, was rare.

Only two people prayed at the cathedral, which was open for church members who came to pray at 10 am on that day.

A church official explained, "There are few people who visit the cathedral because it is replacing Sunday mass with religious broadcasts."

Also, Jogyesa Temple in Jongno-gu, Seoul, which canceled the law until the 5th of next month, seemed to be slack.

After measuring the body temperature at the entrance and writing a guestbook, the hands were sterilized and only a few of them came and sat down in Daeungjeon Hall. 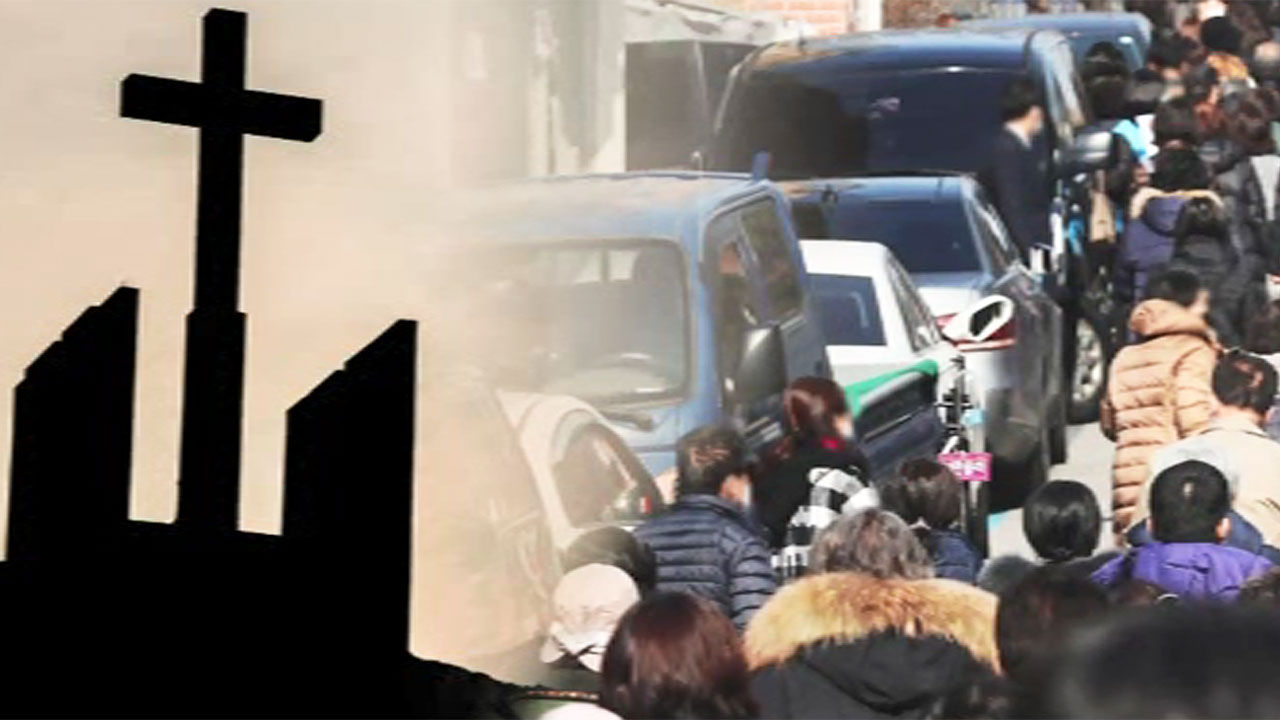 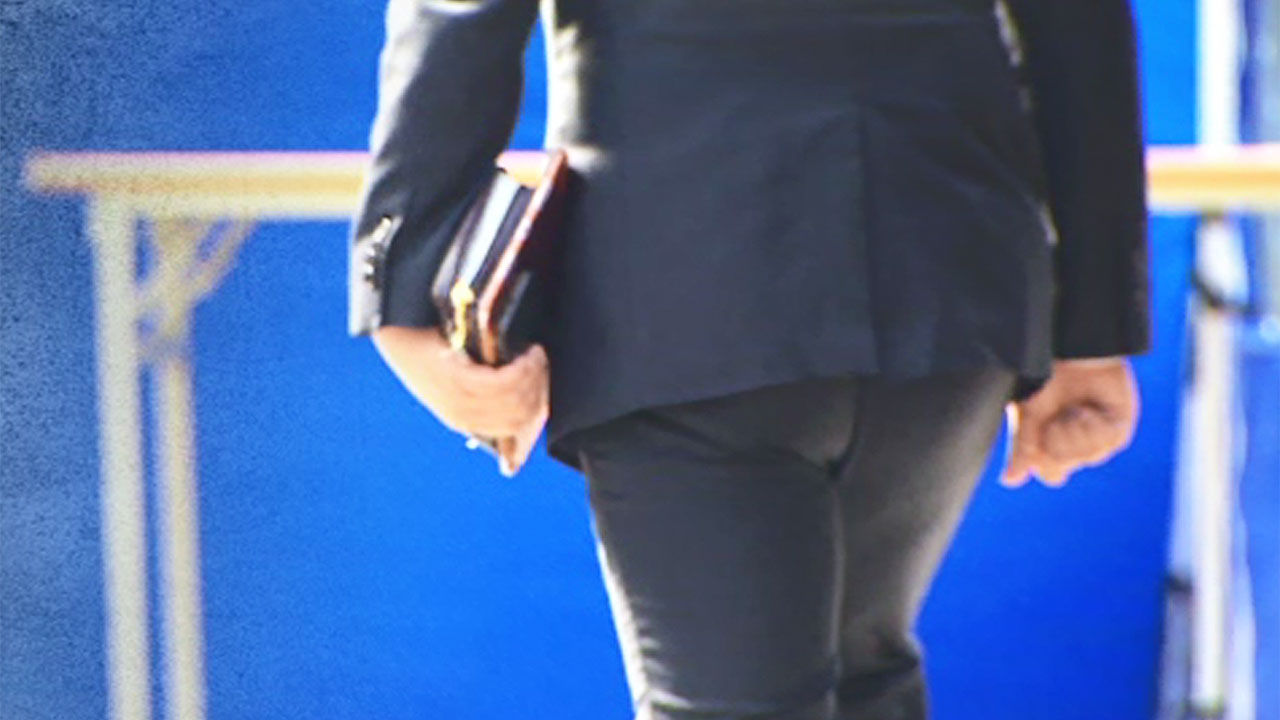 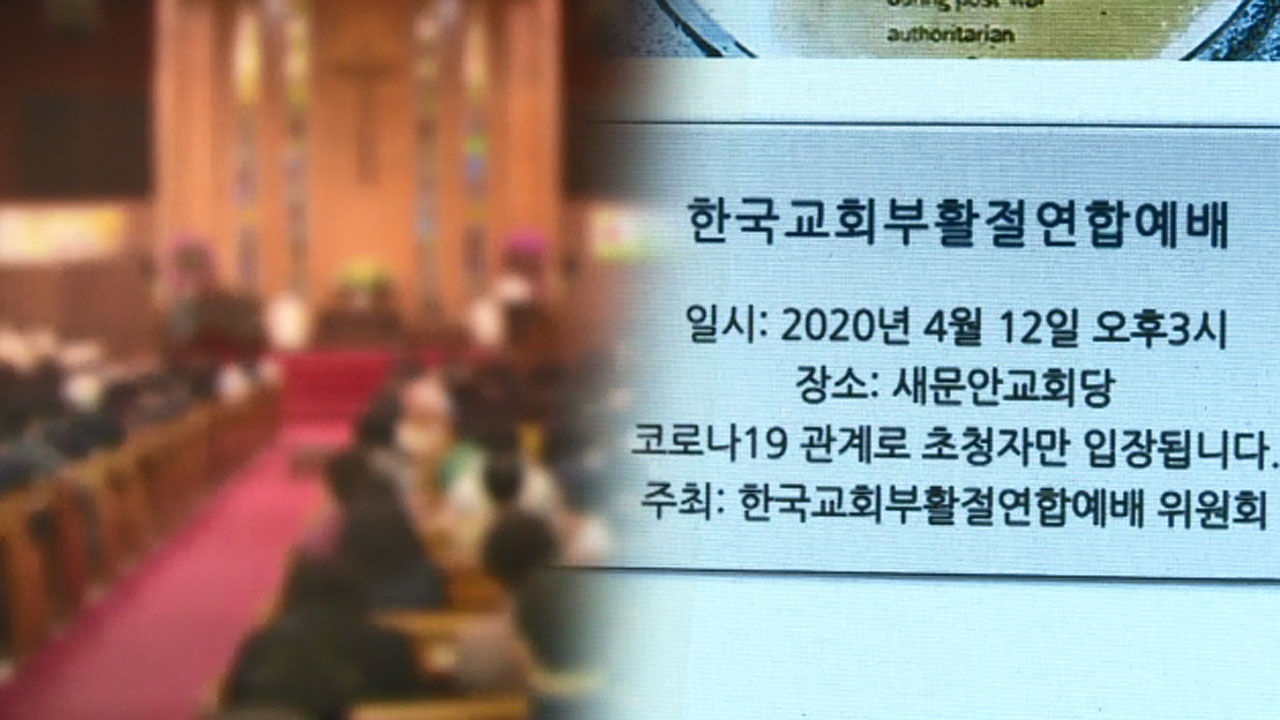