How do some mammals stay underwater with one breath for so long?

The record of being underwater by a human is over 24 minutes, according to Guinness World Records. That is not much compared to some marine mammals. They can stay under for more than two hours and that has various causes. The record of being underwater by a human is over 24 minutes, according to Guinness World Records. That is not much compared to some marine mammals. They can stay under for more than two hours and that has various causes.

Do you recognize animals by their nose? Take the test of Quest!

Sperm whales and beaked whales easily dive to great depths when diving for prey. On average, they only surface again after forty to sixty minutes for a breath. But sometimes they dive even deeper and longer.

The record is held by the Cuvier's dolphin (Ziphius cavirostris), which swims in just about every ocean. A number of these animals were equipped in 2014 by scientists from the Cascadia Research Collective (USA), among others, with transmitters that were read by satellites. They reached a depth of 2,992 meters and remained underwater for up to 138 minutes.

How come these animals can do that? Their body is adapted for a long time without supply of fresh oxygen. Diving mammals can store a lot more oxygen in their bodies than non-diving species such as humans.

Oxygen is transported from the lungs to the rest of the body through the blood. This works because the oxygen binds to the protein hemoglobin, which is in the red blood cells. Diving marine mammals simply have more hemoglobin in their blood than we do. The longer a species can stay underwater, the more of this protein can be found in their blood.

In addition, they have proportionally more blood than a human. With more blood and more hemoglobin, their blood can harbor a much larger oxygen supply than human blood.

In addition, diving mammals have ten to thirty times more myoglobin in their muscles than humans. Like hemoglobin, this protein can bind and release oxygen when the muscles need it. So there is also a large oxygen supply in their muscles.

More oxygen alone is not enough

However, only that large oxygen supply is not enough to stay under water for an hour. For this, the deep-sea divers have to use the precious gas extremely economically. When diving they use very little energy. Most slide through the water with minimal effort.

They also save oxygen in other ways. As soon as they dive, their heart rate drops sharply. In the 1940s, marine biologists from Swarthmore College (USA), among others, printed all kinds of animals under water to map out their physical response. Seals' heart rate dropped to just ten beats per minute.

Pressing an animal underwater is of course not the same as taking a voluntary dive. Fortunately, other researchers later also measured the heart rate in free-swimming and diving animals. For example, the gray seals' heart rate drops to ten beats per minute, researchers from the UK's Natural Environment Research Council recorded.

In addition, the blood of mammal divers during a dive only flows to the important organs such as the heart, brain and muscles. Narrowing the arteries to other organs: they don't waste unnecessary oxygen.

Diving animals can withstand little oxygen in the blood

Finally, diving mammals can also withstand very low oxygen levels in their blood. According to 2009 research from the University of California, San Diego (USA) in elephant seals, the oxygen level during dives (which lasted up to 44 minutes) decreased to 8 percent of the amount just after inhalation.

A person would have long since gone off his baton. If a person holds his breath, the oxygen supply in the blood drops to between 50 and 80 percent in two minutes. Normally someone has to really breathe air, otherwise they will get into trouble.

Do you recognize animals by their nose? Take the test of Quest! 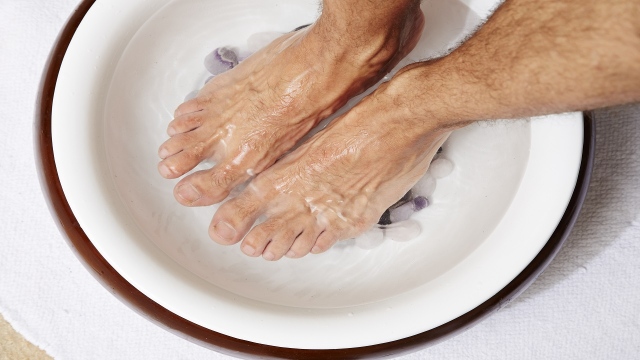