Huawei announces the Mate 30, its new Android phones, but without Google apps

The new Huawei Mate 30 will work with Android, but not the Android we know. Beyond the technical specifications and the new design of the devices, what the gra 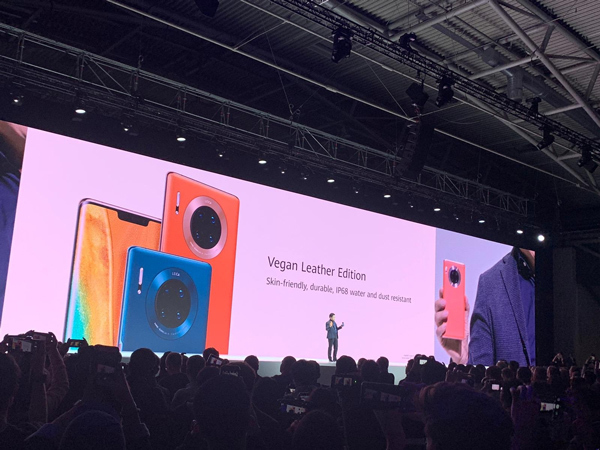 The new Huawei Mate 30 will work with Android, but not the Android we know. Beyond the technical specifications and the new design of the devices, what the great majority of those present at the event of the Chinese company expected was to know if the new Huawei range will work with Google's operating system .

Finally, it will use Android Open Source, the license-free (open source) version with which China can circumvent the veto imposed by Donald Trump. But it is not the Android we are used to.

The million dollar question is: will I have Gmail, Drive, Google Maps or even WhatsApp in the new Mate 30? According to Huawei, yes, but still does not explain how . The Chinese company says it is still working on the solution it will use so that the end user can use its terminal as before, but first the terminal that leaves the box will not have Google applications.

These applications will not come preinstalled on the phone and the user will have to download them. Where? Not on Google Play, because the absence of the so-called Google Play Services (not present in AOSP) translates into the absence of all native Google applications and the functions as usual as receiving notifications from some apps or updating of the same although the user does not find out.

To solve this, Huawei has two plans . On the one hand, it is committed to its own app store, App Gallery , where they claim to have more than 11,000 and have invested more than 1.3 billion dollars to attract developers. The problem comes when discovering that in this store there are no basic ones like WhatsApp , although company sources claim to be in conversations with Facebook.

The absence of Google Play Services is supplanted with Huawei Mobile Services , a solution that seems to be still in the oven and that will allow the operation of a payment platform, GPS positioning and even the Huawei map app itself. Of course, it will not be a substitute for Google Play Services, but an alternative.

Huawei's second plan is the most complex . The company ensures that users of the new Mate 30 and 30 Pro will be able to download the usual applications without any problem, but does not explain how, nor the magic formula they will use, they only allude to the possibility of accessing all these platforms online .

To do this, China is expected to offer a simple gateway for the user on foot, without using technical tricks. That is, when entering the new Huawei Mate 30 there is an "easy and transparent" way to download Gmail, Drive, Google Maps or even WhatsApp without using Google Play.

Huawei says that they have been working on these plans for a while but that their initial intention is still to be able to use Android again as before. "Meanwhile, we can't stop and wait to see what happens to the United States."

The new Huawei Mate 30 and Mate 30 Pro will be available in the coming weeks in China (where they do not have all these problems with Google apps) and at the end of October or November in Europe, although the company has not revealed the markets to which reach.

Just a couple of weeks ago from Google they assured Reuters that the Mate 30 did not have Android licenses, so they would not work with their operating system. 15 days later, Huawei confirms what was expected , but uses the back door to solve this 'brown'.

It must be remembered that China is in full commercial war with the United States , who blacklisted them last May to prevent US companies from trading with it, which especially affects the component market (especially chips) and to the Google operating system.

Although the Android theme has caught the attention of the event, Huawei has presented a call. The Mate family welcomes two new members: Huawei Mate 30 and Mate 30 Pro , which make it clear what this high-end is about.

Both terminals boast a curved screen that takes full advantage of the front surface of the terminal ( 6.53 in the Pro and 6.62 in the Mate 30 ), with a 'notch' where the facial recognition sensor and the camera are located lead. This security system is complemented by an optical fingerprint reader under the screen that according to Huawei is the fastest it has implemented so far .

As we are used to, the camera has been the star of the presentation . On this occasion, Huawei has opted for a circular design to house 3 or 4 lenses - in the Mate 30 or Mate 30 Pro - that promise "the best picture of the moment". It is the first time that Huawei uses the circle in its camera module, an aesthetic solution that almost does not surprise to see the various options that manufacturers are taking lately.

Despite the absence of Android 10 as such, Huawei has mounted its EMUI10 , its customization layer, on the available operating system. In addition to a dark mode for better readability, it has also changed the icons a bit to make them more contemporary, has introduced improvements in control of functions such as the increase or decrease of volume and a facial recognition system similar to that of the iPhone, which goes from Fingerprint sensor hand under the screen .

The Chinese has not indicated price or availability of its new Huawei Mate , although everything indicates that until November they will not reach the European market. To which countries and with what 'solution' for now is a doubt, and it seems that until it is launched it will continue to be.

Additionally, Huawei has introduced the new Huawei Watch GT 2 and its own voice assistant, Huawei Assistant. 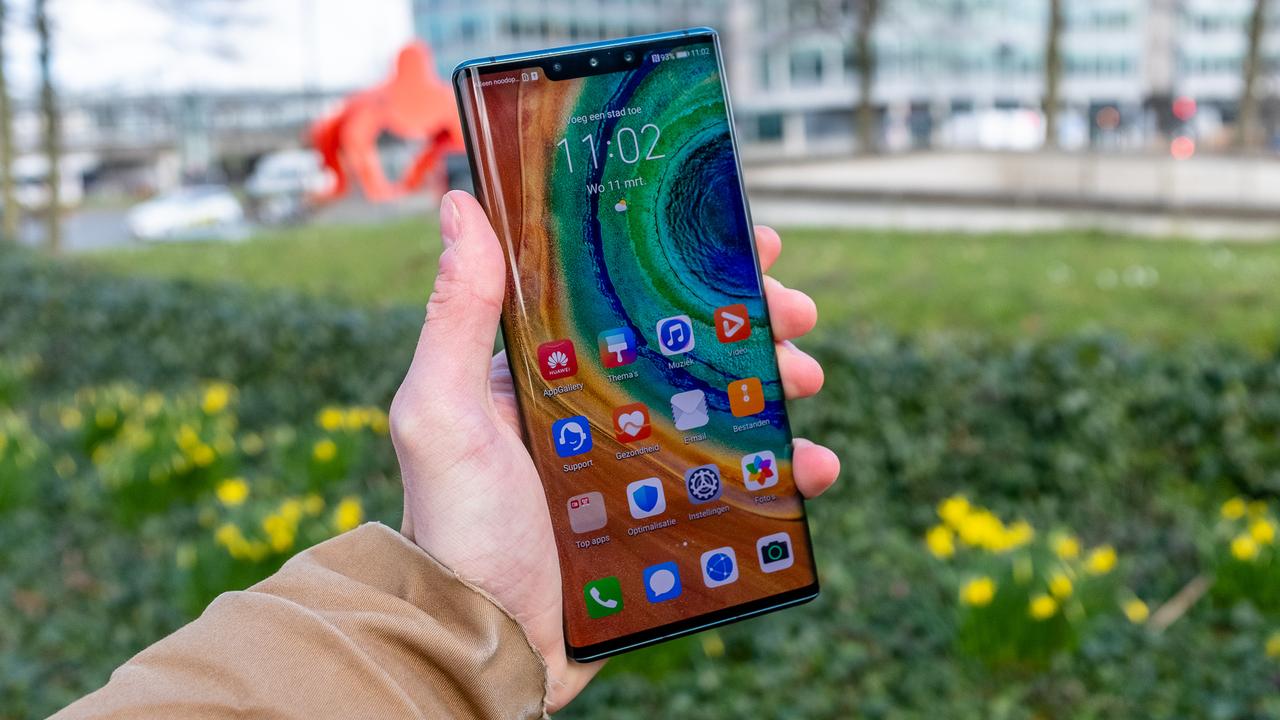 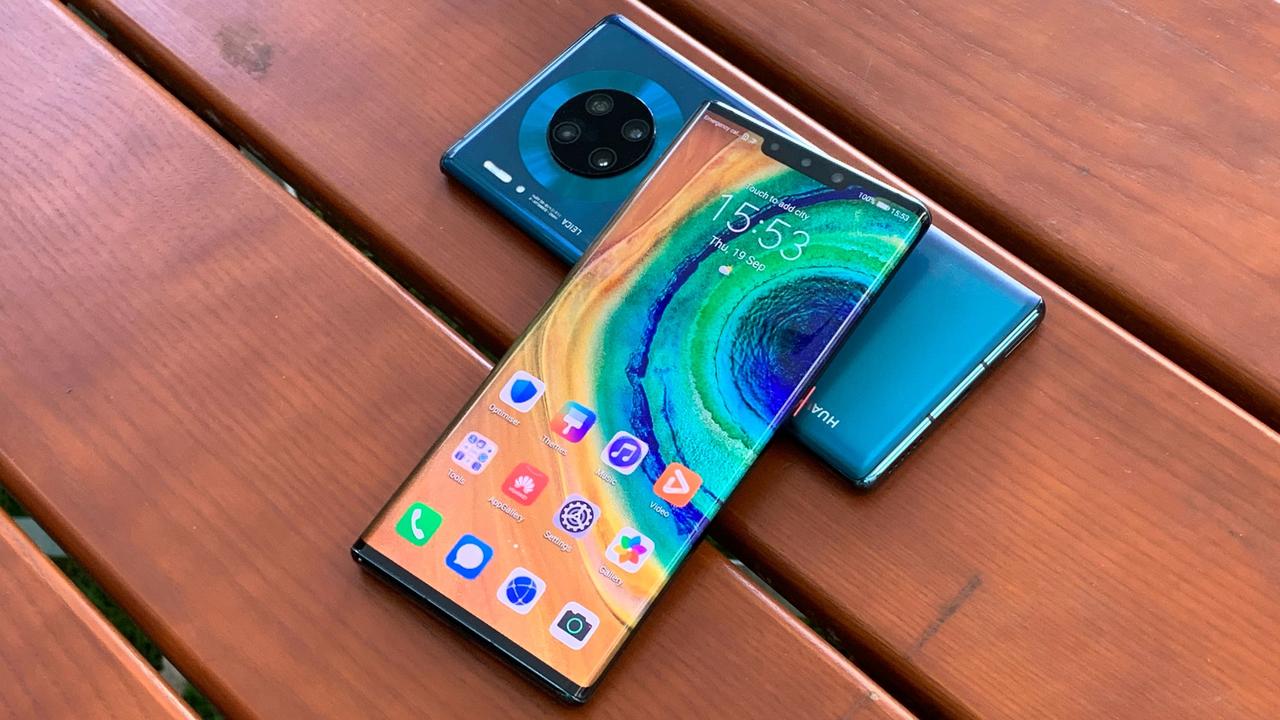