This is the iPhone 11 Pro Max, the new king of photography

Pro has many meanings in Apple marketing. You can refer to products clearly aimed at a professional audience, such as the new Mac Pro, or simply indi 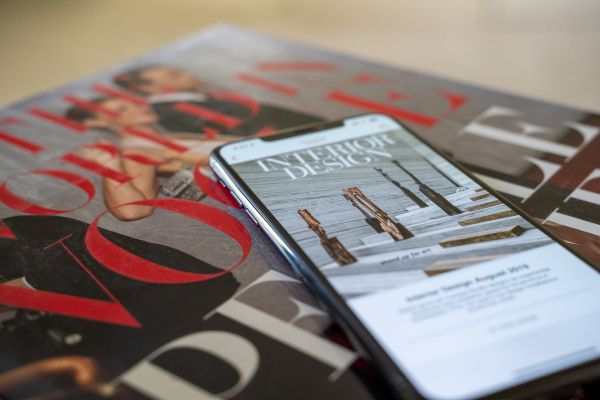 Pro has many meanings in Apple marketing. You can refer to products clearly aimed at a professional audience, such as the new Mac Pro, or simply indicate that an emphasis has been placed on better design or better performance.

It is fundamentally for their cameras, although they are not the only thing remarkable in this device. The new A13 Bionic processor, which also uses the iPhone 11, combined with a new screen technology, gives these new iPhone, for example, enormous autonomy . It is the first iPhone that you can forget to charge during the day regardless of the use you make of the device. In the previous models a medium use allowed to make this affirmation, but abusing the camera or playing podcasts and music without stopping forced to look for a plug in the late afternoon.

The key, as I say, is in the new processor, but also in the new screen and in the fact that these iPhone Pro are a bit thicker than their predecessors, with a somewhat larger battery and therefore somewhat heavier. The 11 Pro Max model, which we tested this week, weighs no less than 226 grams for a phone is enough.

The new OLED screen consumes almost half that of last year's model but it does - and this is incredible - increasing the brightness level. It can reach 800 cd / m2 or even 1200 cd / m2 if HDR (high dynamic range) content is played. It is one of the best OLED I have seen on a phone, exquisitely calibrated and with a perfect contrast . Apple, in fact, has given it a new name, Super Retina XDR, the same combination of letters that accompany its new and very expensive professional reference monitor presented in June with the Mac Pro.

The new design is also one of the things that attracts attention. From behind of course. Ahead is barely distinguished from the iPhone XS and XS Max (it has the same screen dimensions; 5.8 inches in the Pro and 6.5 inches in the Pro Max model). The new matte finish and the cut glass detract from the camera module - visually it looks thinner even though the phone as a whole is thicker - and gives it a fabulous look and feel. The new color, night green, is very elegant when you see it in person and my recommendation for those who are going to get one.

But, as I said, if there is a feature that defines this new iPhone is the camera. There are three, actually (four counting the front), but you have to think of them as if they were one. For all intents and purposes they work as such and Apple has dedicated an immense amount of resources in both software and hardware so that the sensation is that of using a single objective with enormous versatility.

All sensors have something new. The angular - the main camera - is still 12 megapixels but has improved coverage and autofocus speed. The telephoto lens, equivalent to a 2x or 56 mm zoom. In traditional photography, it is now a brighter light step, f / 2.0, and there is a new lens, a wide angle equivalent to a 13 mm that becomes a 0.5x zoom with respect to the main lens and that covers an angle of 120 degree vision (watch your fingers when grabbing the phone because it is easy for one to sneak in the photo).

All three cameras work simultaneously , even when they are not selected. This allows the iPhone 11 Pro Max to perform focus calculations, exposure and white balance beforehand and so, when jumping between them, there is hardly any distortion.

In video it is a very striking effect. You can make a continuous zoom of the wide-angle lens to the telephoto without almost noticing the intermediate jumps between sensors, especially for well-lit scenes and with subjects a few meters away (obviously when an object is very close the jump in perspective cannot be avoided; Apple has not yet discovered how to circumvent the laws of physics).

It is not perfect, and in some occasions the exposure of the sky or the colors of the scene may vary slightly, but there is a new photography menu option that allows you to lock a lens when zooming to avoid these problems. Important: recording at maximum quality (4k at 60fps) this continuous zoom function is also not available.

As in traditional photography, the wide-angle lens expands the possibilities when it comes to telling a scene, offering the opportunity to show bigger landscapes or urban scenes with much more context, but in this specific case it also adds additional functions.

When a photo is shot with the normal angular lens, the iPhone takes another with the wide angle that is associatedly saved. If after taking the photo we decide that we want to reframe it - for example, for having cut off the feet of the person we had photographed - it is possible to do so with this additional information, which is stored on the phone for 30 days before being discarded by full. This function, which is known as Smart Frame, is disabled by default, because it doubles the space occupied by a photo on the device, at least during those 30 days.

The second advantage is that by having a second reference lens, the iPhone 11 Pro can now take portrait photography also with the main objective, not only with the telephoto lens.

There are also new features in the front camera. It has more resolution, can capture a larger area (and therefore FaceID works at more extreme angles) and records slow motion video , which is a very fun function.

Look better than a Pixel

Well, but what everyone wants to know is this: is the new iPhone the best camera phone on the market? Sorry to say that there is no possible answer to that question . It is the best camera that has had an iPhone, without a doubt, but in recent years they have approached the competition at a similar level in which the differences are more stylistic and intentional than the result of better or worse technology, at least in mobile phones. high-end as the Pixel 3, the Galaxy S10 or the Huawei P30 Pro, to put phones with excellent cameras.

Yes you can say that the iPhone does unique things. Take for example the case of HDR. The images that come out of the iPhone 11 Pro camera are fantastic . There is no other way to define them. In part, it is because Apple has improved the high dynamic range (HDR) algorithm that allows smoothing the contrast between lighted and shaded areas. Now the iPhone is able to detect and illuminate faces that are poorly exposed, for example, respecting skin tones, or recover the color tones of very dark areas of the image without adding noise in the most unlikely conditions we can think of, such as a shot almost backlit. The result is incredible.

But making a high dynamic range image is more an art than a science. It is a delicate balance that does not have a single way of solving and each manufacturer applies its logic and preferences when doing so. The Google camera application on Android, for example, also makes a good HDR. Prioritize giving the sky a very bright blue tone in any situation and saturates the colors but less recovering the shadows. It is an option as valid as what the iPhone 11 does, which retrieves more information from the shadows but can leave the sky more exposed.

In general Apple has achieved a good balance that produces natural images and not excessively saturated and with a good level of detail , without excessive noise. It solves very complicated images better than the competition and it does it on the device itself - Pixel takes very good photos but part of the processing is done afterwards on Google's servers. The treatment of the texture and color of the skin and tissues, for example, is excellent and theoretically it will be even more so when Apple activates a new shooting mode, known as Deep Fusion, in a software update that will arrive in the fall. This shooting mode will combine multiple images from all cameras to get even more detail in textures and colors.

But over the next few months we will see many manufacturers develop their own responses to the challenges of computational photography and they will also be good options. The time when it was easy to decide which phone made the best photos - thus, in general - has passed and it is necessary to delve into very specific details to find absolute answers.

But here's a good example: the iPhone 11 Pro makes the best night photos. At least for now. This was one of the aspects in which the iPhone had been left behind but has been resolved very well in this generation. It is not necessary to activate any special shooting mode.

Now, when detecting low light in a scene, the iPhone automatically activates the night mode that takes several captures for three seconds to get a high quality photo with little noise. If there is enough light that time can be cut in two or a second and if the user wants to, the exposure time can also be increased up to 30 seconds (it is recommended to use a tripod for more than three seconds). With 30 seconds it is even possible to make shy attempts at astrophotography . At least you can scratch a star field on a particularly clean night.

The result of these photos is very good, better than Google gets with the Android camera application. With less noise and colors more appropriate to what we expect from a night image (it is not about transforming night into day, no matter how algorithmically it is possible to do so).

In general, this camera is the jump that the iPhone needed in 2019 and is accompanied by an application that has improved dramatically to simplify the process of capturing and editing both photo and video. It is intuitive and helps you discover the creative options of the new wide-angle lens, showing the extra field of view as transparency under the interface. Very good photos will come out of this phone.

The iPhone 11 Pro can be reserved now and will go on sale next Friday at a price of 1,159 euros for the 5.8-inch screen model and 1,259 euros for the iPhone 11 Pro Max , in both cases with 64 GB of memory , which fall quite short considering the prices we are talking about. These phones finally come with an 18-watt quick-charge charger and USB-C port - the phone still uses a lightning connection. Apple allows you to deliver a previous phone to get a discount of up to 500 euros and pay the product in installments in some cases.

Is it worth the jump from an iPhone XS? As I always point out in the analysis, we live in a time when advances are already few and the phones can last perfectly two and three years (or more!) So the most sensible thing is to wait one or two generations before changing. For most of us who live in the iOS ecosystem the iPhone 11 dry, coming from an iPhone 7 or 8, is spectacular. This Pro, a real treat.

Apple scandal: The most serious hacking in iPhone history changes everything we know about your security

Gadgets This will be the OnePlus TV: QLED, 55-inch and with eight speakers 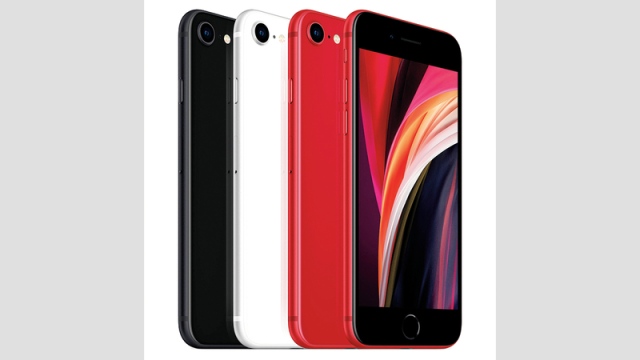 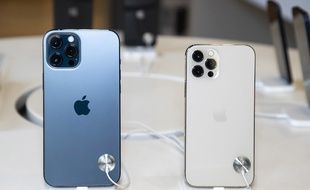 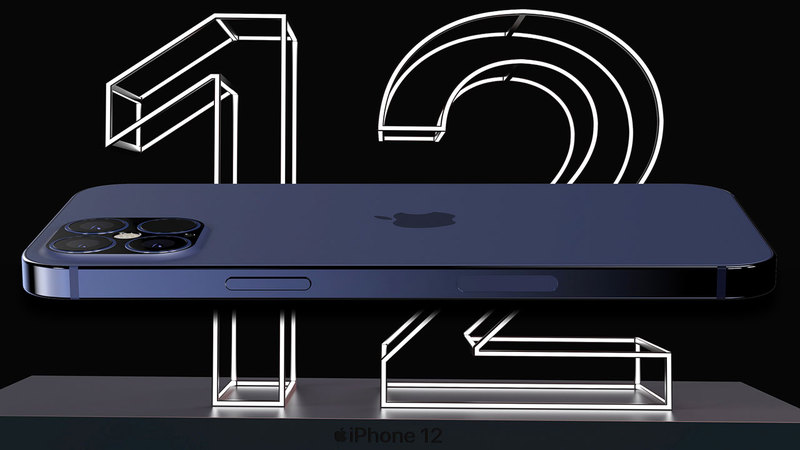 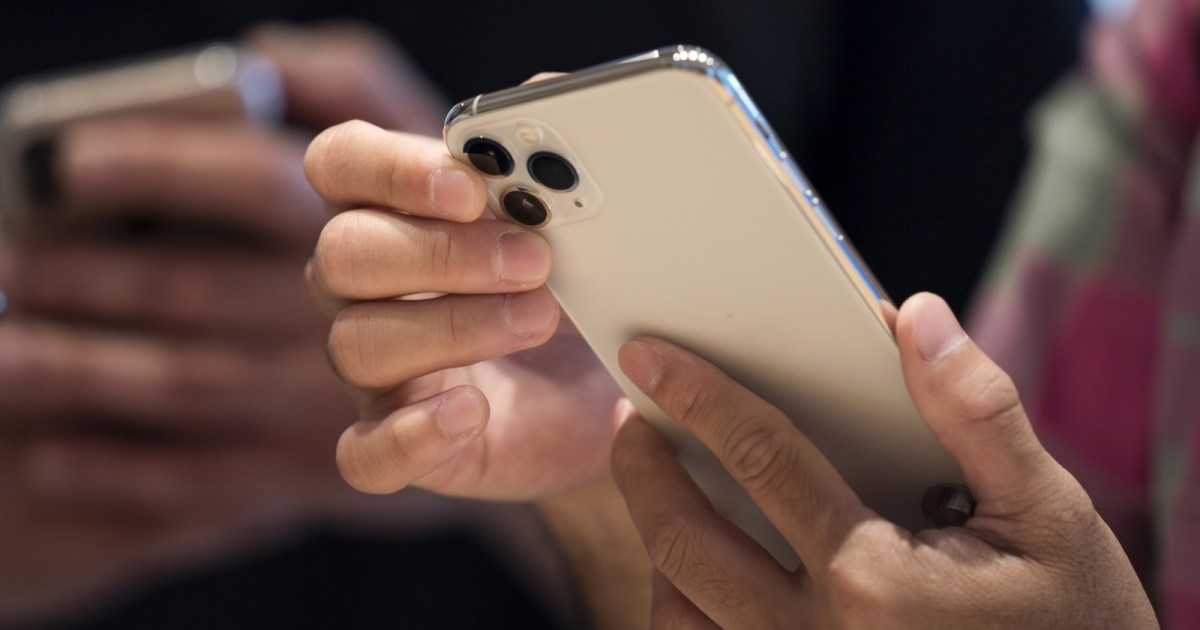 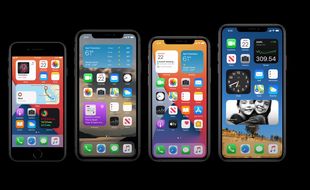 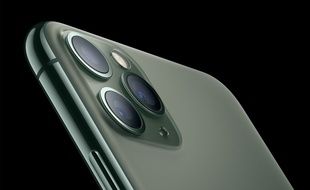 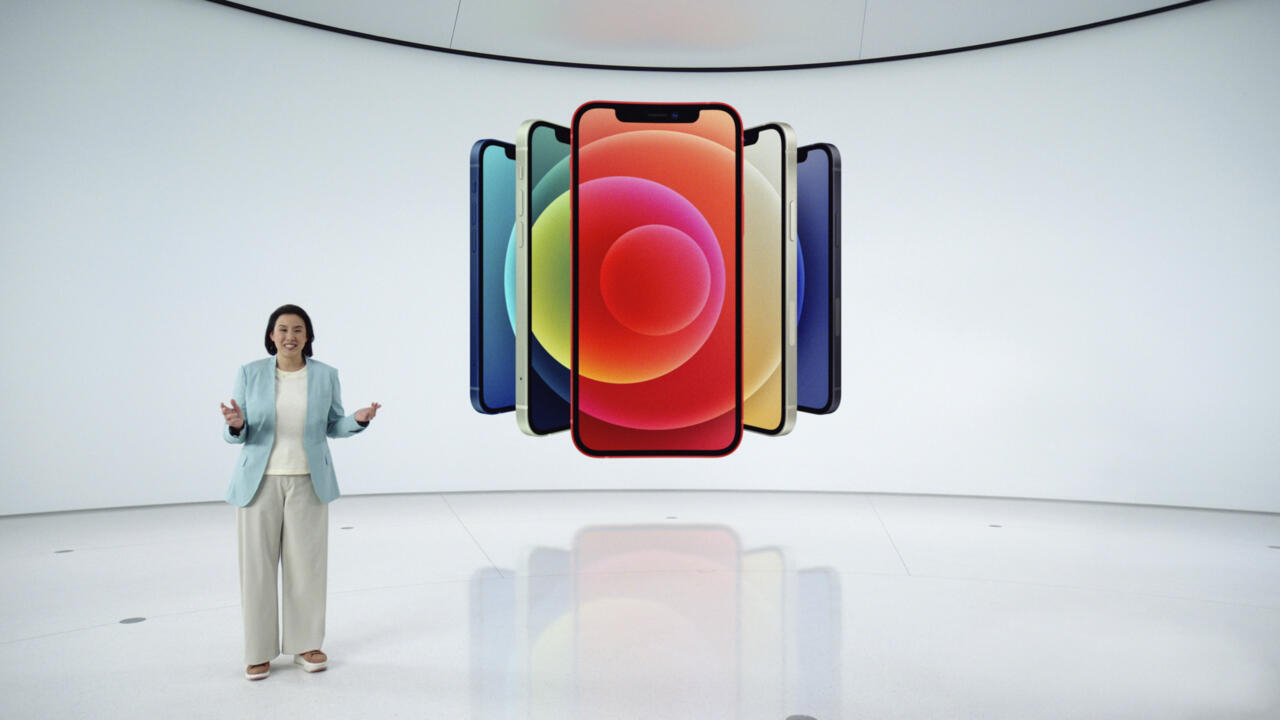 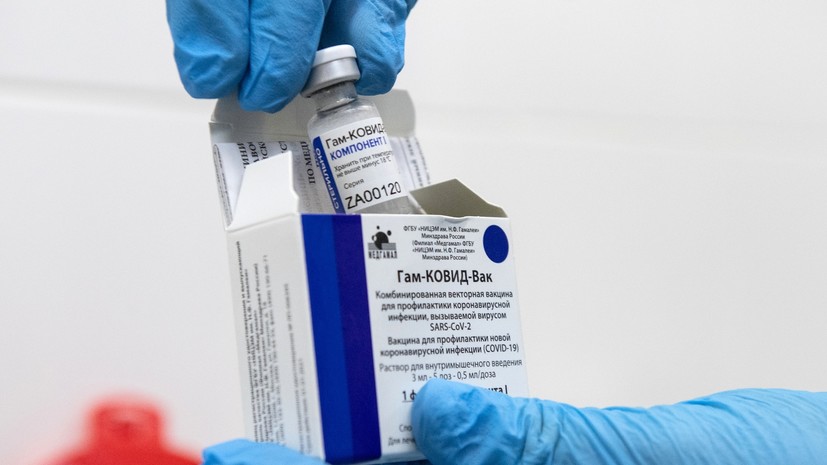 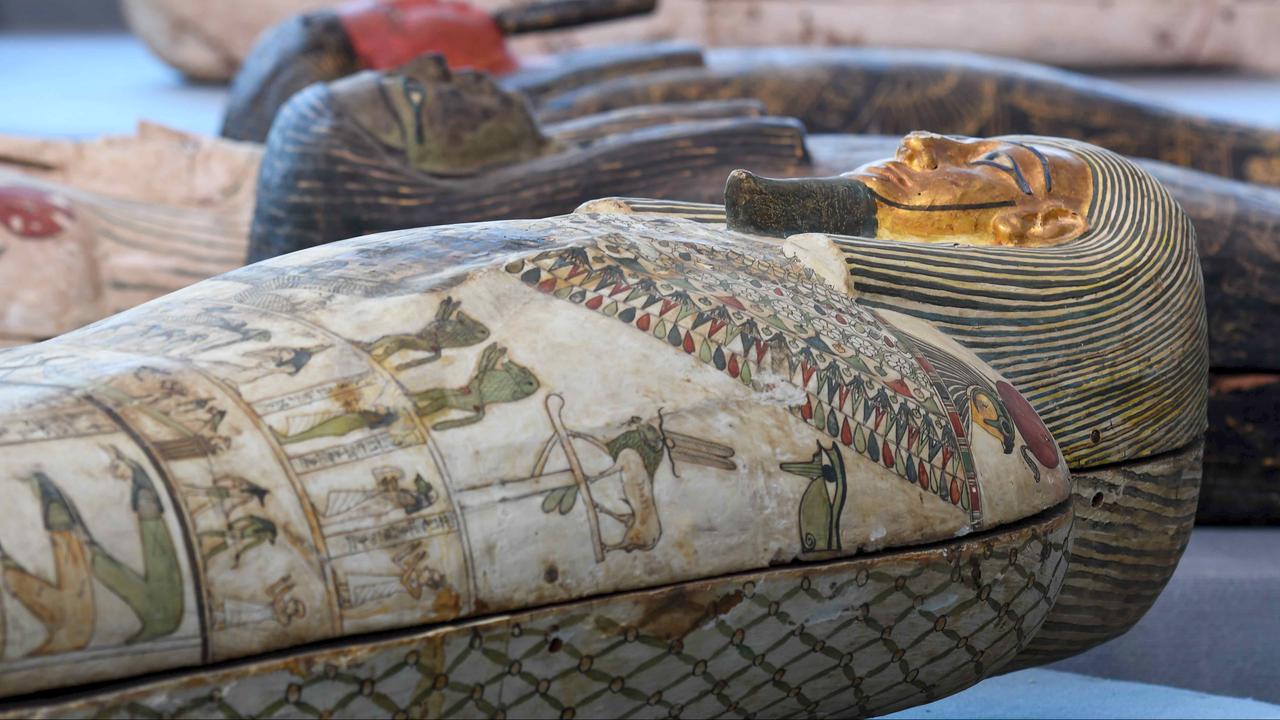 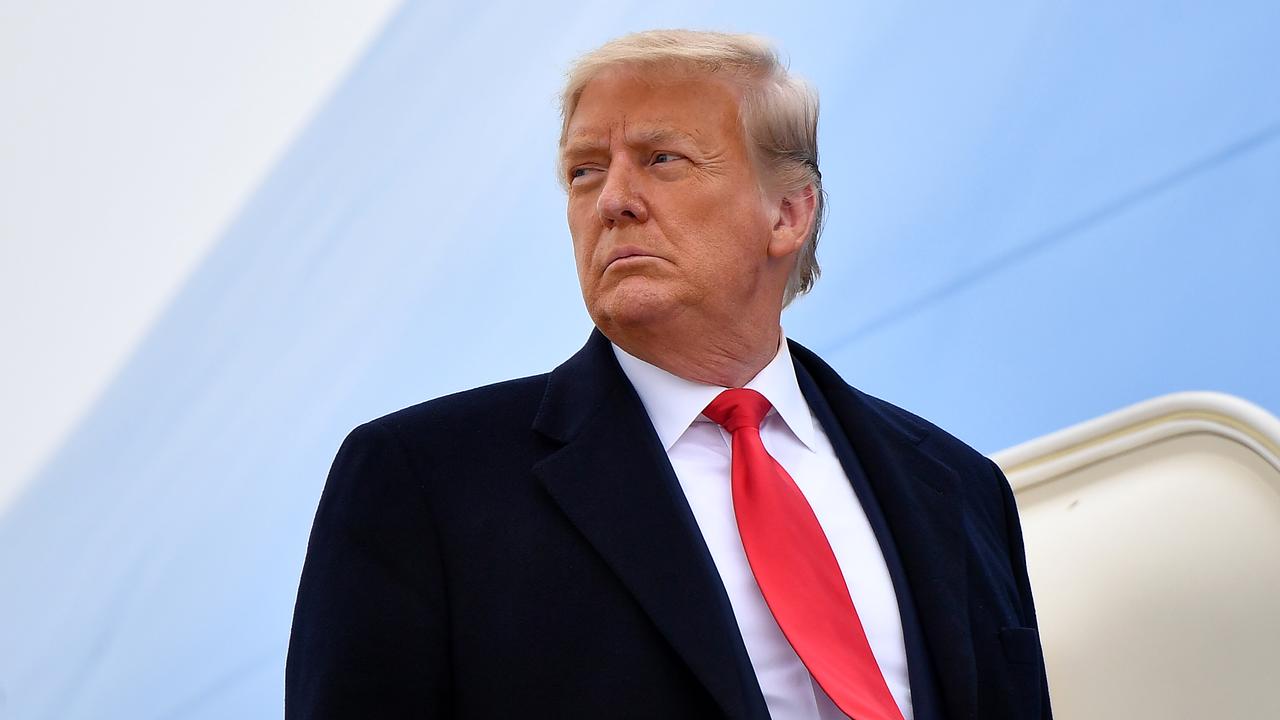 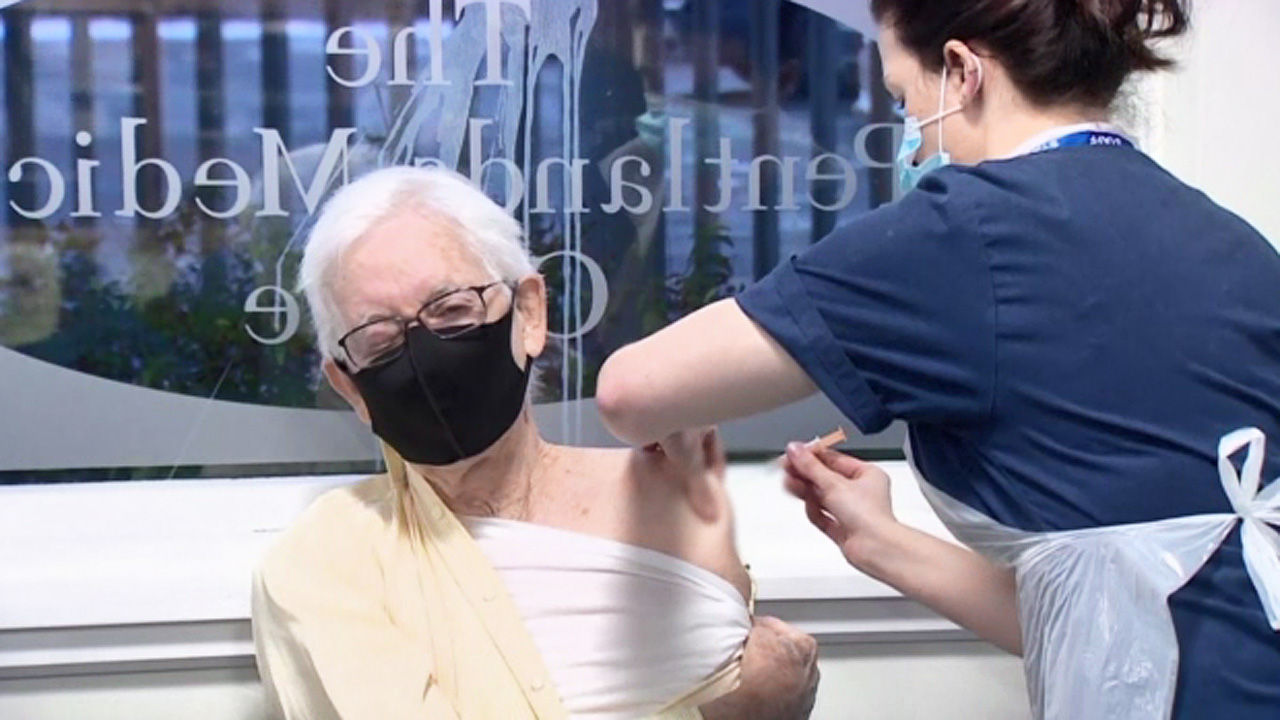 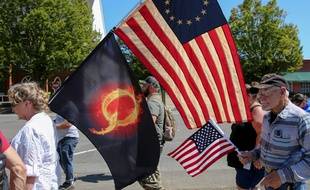 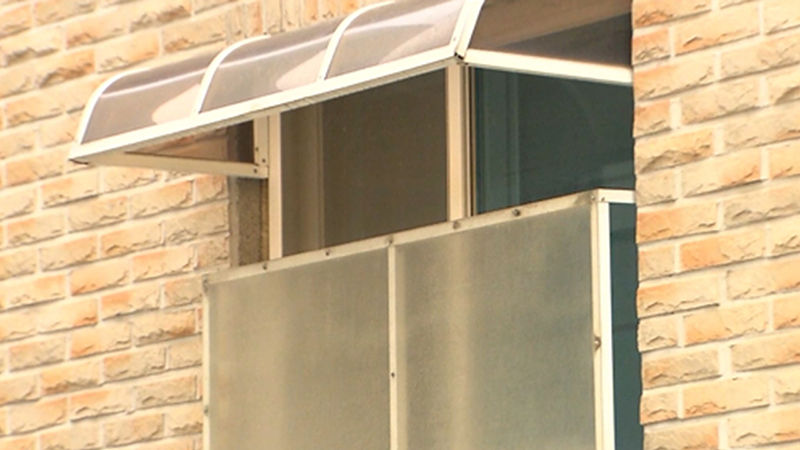 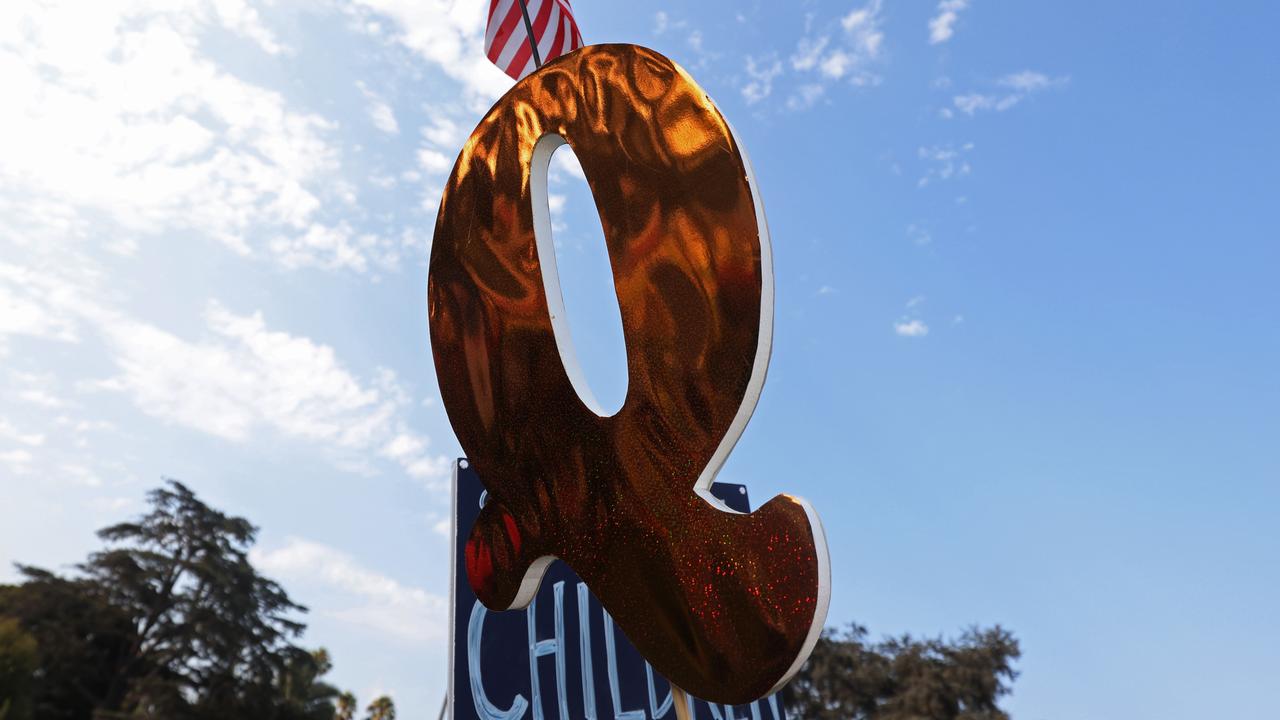 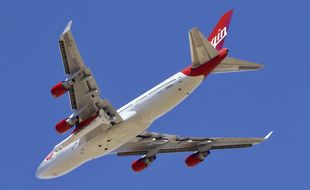