In 20 years, no Swede had managed to win horse jumping's desirable Top 10 final. Henrik von Eckermann, on the King Edward, was the first. - It is indescribable, he says after Friday's competition. 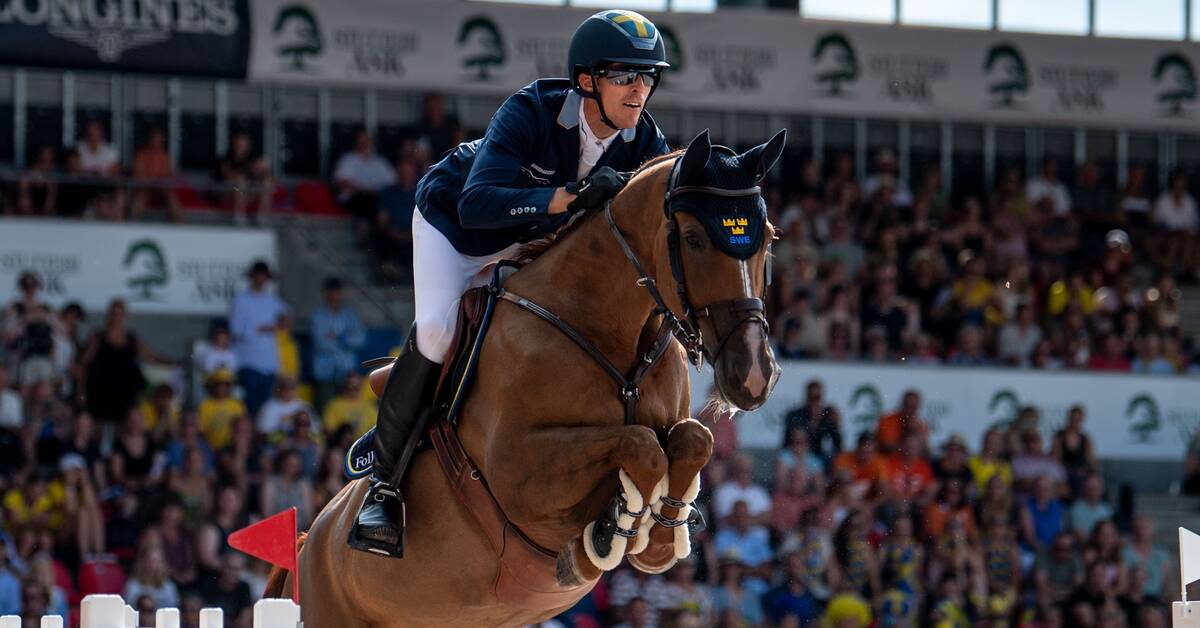 The double WC golds earlier this year (team and individual) were admittedly not enough to clinch the feat gold (which went to Nils van der Poel, skating) on ​​Tuesday.

But on Friday, the 41-year-old showed again why he has climbed to world number one this year.

The Top 10 Final debuted in 2001 and brings together the ten highest ranked show jumpers in the world.

But despite the many blue-and-yellow successes in the sport over the years, no Swede had previously taken home the prestigious, and money-tight, competition.

It was advised by von Eckermann and King Edward in Geneva on Friday.

As one of four crews, they went through the first round flawlessly.

In the second round, it was then only Henrik von Eckermann and the Frenchman Simon Delestre who guided their horses through another flawless ride.

The Swede was the fastest of them, and took home the final with a margin of just under a second.

- It is indescribable, it is hard to believe.

I had luck on my side today, and it's been that way all year.

King Edward is a fantastic horse, says Henrik von Eckermann, who was second last year, in the broadcast on Swiss RTS.

The Swedish success did not end there.

Peder Fredricson and Catch Me Not S also cleared all obstacles in the first round, but were flagged for a fault after exceeding the maximum time by 39 hundredths.

In the second round, the experienced Swede then bet on safety before speed, which paid off.

The flawless round – one fault in total – was enough to climb two places, from fifth place to the podium.