Leo Messi has heaven two steps away. And while he drags the histrionic and tormented Argentina towards its third World Cup, the striker, at 35, is leaving between... 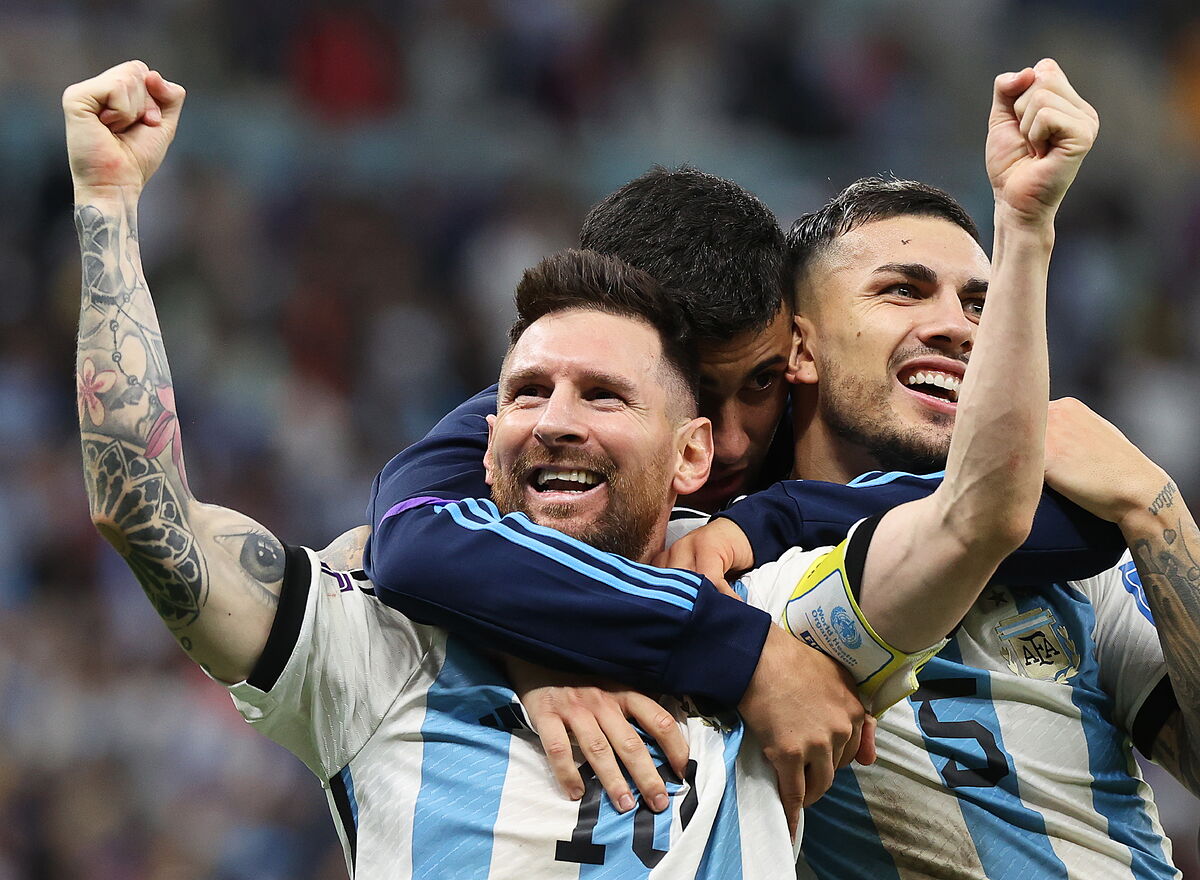 has heaven two steps away.

And as he drags the histrionic and tormented

, the 35-year-old forward is leaving endless memories among soccer fans.

Every performance by Messi in this

is a self-tribute to his career.

An absurd assist to

and a penalty goal (the tenth in the World Cups, the same as

) should have finalized the pass to the

and the crossing with

, who did not show signs of life until the end of regulation time, ended up subjecting the albiceleste to a

torture that bordered on unbearable

after two goals from substitute

, the second thanks to a

strategic action that will go down in history

and that he himself had already led to success with

demanded explanations while the riots took place on the field.

And after an extension in which the albiceleste already deserved to knock down their rival, their goalkeeper,

, had to appear to stop the penalties from

in the final shootout .

Scaloni, the youngest coach in the World Cup (44), did not want to be less than the oldest,

So the first thing he did was plant a mirror in front of the old Dutch wolf scheme, equaling with the inclusion of Lisandro a line of three center backs.

What few could have expected is that Nahuel Molina, with a more than gray career at

and little given to succeeding in his excursions along the shore, would live one of the moments of his life thanks to his new offensive freedom.

Molina had never scored a goal with the albiceleste.

But fate is always twisted in football.

Everything was born, of course, from an amazing action by Messi

dizzy in the three-quarter zone

The City defender could only surrender to that technical storm.

But the Rosario had not yet finished.

While his eyes looked to one side, his foot pointed the other way to deliver a pass that dismembered the last defensive line.

and Van Dijk Nahuel Molina slipped in, who would never have dreamed of fulfilling his mission with such perfection.

Once the first objective was achieved, Scaloni's footballers were able to dedicate themselves to the second: resistance.

The Netherlands found it difficult to adjust to the harshness of the match.

' cleats in an ugly action that cost him a yellow card, and Mateu calmed things down in his own way, admonishing members of the bench for the complaints they made.

Whether it was former defender

, now Scaloni's assistant, or Weghorst, before he took the field to score goals.

who decided to wait until the end, the Rosario kicked to the left with his heart in his boot.

But the Dutch, absent until they saw the churchyard around the corner, revolted after Van Gaal decided to charge into the area.

And Scaloni's men, seeing how the Wolfsburg striker remembered distances with a header, then went into a state of exaggerated nervousness that made it difficult for them to fully immerse themselves in the extra time drama.

For this the Dutch executed an action that will be forever remembered.

Paredes committed a foul on the front.

And in the direct free kick that was to be the last play of the game,

, instead of looking for the goal, fooled everyone by passing the ball to Weighort, hidden in the barrier.

And there the marimorena was armed.

Argentina did not want to go to penalties.

Van Dijk scored a goal from

, sublime in the final chapter, fell within a span of glory.

The hands of Dibu Martínez were also those of God