IFK Kalmar believes that the association takes too little financial responsibility for women's football. Now the Secretary General Håkan Sjöstrand answers. - I understand the frustration you experience, he says to SVT Sport. 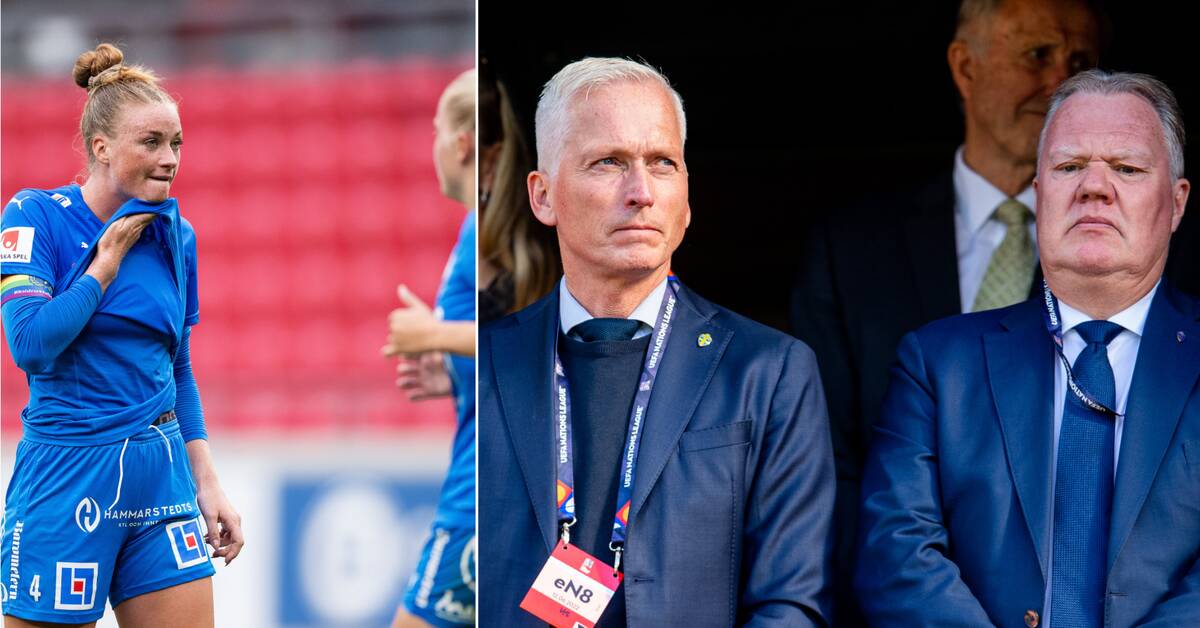 Recently, Eskilstuna United were forcibly demoted when they were not granted an elite license.

One club that does so despite a difficult financial position is IFK Kalmar.

Their sporting director Tommy Nyberg has directed sharp criticism at the association.

- The association must take a much greater financial responsibility for women's football.

We are a confederation that is doing well financially and must take much, much greater long-term responsibility for a business that is still one of the best in the world, said Nyberg.

"In that case, it could rightly be questioned"

- I understand the frustration you are experiencing and I share the opinion that it would be desirable for the financial conditions to be better for, for example, IFK Kalmar - but we have around 3,000 football associations in Sweden and SvFF cannot and should not as a confederation direct individual financial support directly to a few selected elite clubs among these - in that case it could rightfully be questioned, he writes to SVT Sport.

Not the union's role

Nyberg further believes that the difference in how the various leagues are marketed is significant and that it has been clear that the association does not prioritize women's football as it should.

Håkan Sjöstrand points out to SVT Sport that the commercial responsibility does not lie with the football association, but with the interest organizations EFD (Women's Elite Soccer) and SEF (Swedish Elite Soccer).

- The Swedish Football Association and the interest organizations have a clear consensus on which roles and which responsibilities apply between us.

In addition, each individual association is responsible for having its own finances in balance, and for adapting its operations based on its financial conditions and limitations, says Sjöstrand.

MORE FOOTBALL: Here are some of the World Cup's best goals:

England's Saka and Brazil's Richarlison with two of the WC's prettiest goals.