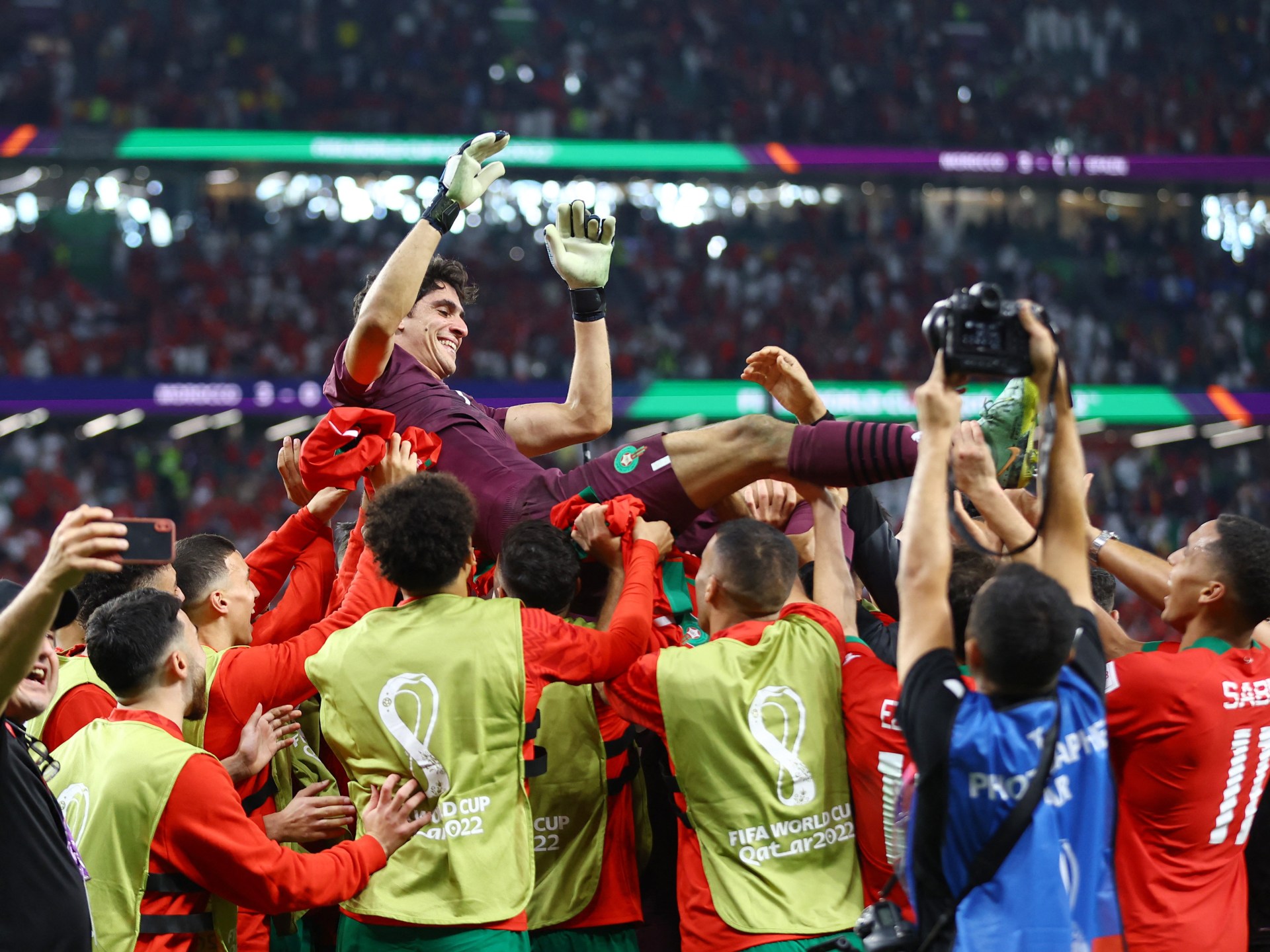 Mohamed Abu Trika, the legend of Al-Ahly and the former Egyptian national team, revealed what he considers the password in Morocco's historic victory over Spain in the final price of the FIFA World Cup in Qatar, as the Egyptian goalkeeper Issam El-Hadary also explained to Al-Jazeera Net the way Yassin Bono followed in countering Spain's penalty kicks. the three.

The Moroccan national team qualifies for the quarter-finals of the 2022 World Cup, after defeating its Spanish counterpart, with a penalty shootout, 3-0, on Tuesday, on the last day of the final price matches.

Watch Ashraf Hakimi's decisive penalty shootout.. and the joy of the Atlas Lions and the sadness of the Spaniards # Qatar 2022 # World_Cup_Qatar_2022@SEFutbol @EnMaroc#Qatar2022 #FIFAWorldCup#VamosEspana # Atlas Lions pic.twitter.com/jAiefkNfof

And I met Abu Trika after he left the analytical studio of the historic match on BN Sports channels, before fans surrounded him from every side to take memorial photos, and asked him about his comment on Morocco's victory over the world champion in 2010, and he said, "The password in winning today is the professionals." .

Indeed, the starting line-up of the Morocco national team today was all professionals in the five major leagues, and even the bench seats were also mostly professional players, and the five substitutes were 3 of them professionals as well, and only two were non-professional defenders.

I was also sitting behind Issam El-Hadary in the stands of the Education City stadium, and the cameras monitored the extent of his enthusiasm and joy after Bono saved the three Spanish penalty shootouts in a row and Morocco won, and immediately I asked him about the successful method that Bono followed in these legendary saves, and he said, “Bono followed a method known to us as goalkeepers and coaches By moving casually back and forth on the goal line, which confuses the kick taker and makes him hesitate to choose the angle of the shot, and Bono succeeded in it 100%, and his high reaction speed helped him.

Praise be to God.. and thanks to the Atlas Lions 🇲🇦♥️👍 #MoroccovsSpain |

Bono, who is 195 centimeters tall, brilliantly saved two penalty shootouts by Carlos Soler and Sergio Busquets, to keep his net clean in the penalty shootout, as he succeeded in doing so for more than 120 minutes despite complete control of the ball from the Spaniards, who attacked fiercely in the second extra half to no avail. .

Bono makes the most powerful save in this match with Olmo's ball.

And the "Atlas Lions" became the first African team to reach this stage in the World Cup since Ghana in the 2010 edition.

Morocco will face Portugal in the quarter-finals, which beat Switzerland 6-1, and the match will be held next Saturday at Al-Thumama Stadium.

Summary of the match between Morocco and Spain |

Morocco's national team qualifies for history at the expense of Spain