Criticism of FIS, the dominance of the Norwegians at the World Cup stage and Korostelev's breakthrough: how the season started in cross-country skiing

Legendary biathlete Ole Einar Björndalen believes that the popularity of cross-country skiing is declining, and the FIS is not doing enough to maintain a decent level of competition in its competitions. According to the coach of the national team Yuri Borodavko, Russian experts have been talking about this problem for a long time, but the international federation rejects all proposals for solving it. Meanwhile, in the absence of international starts, a new star lit up in the team - Savely Korostelev won two sprint races at the stages of the Russian Cup. 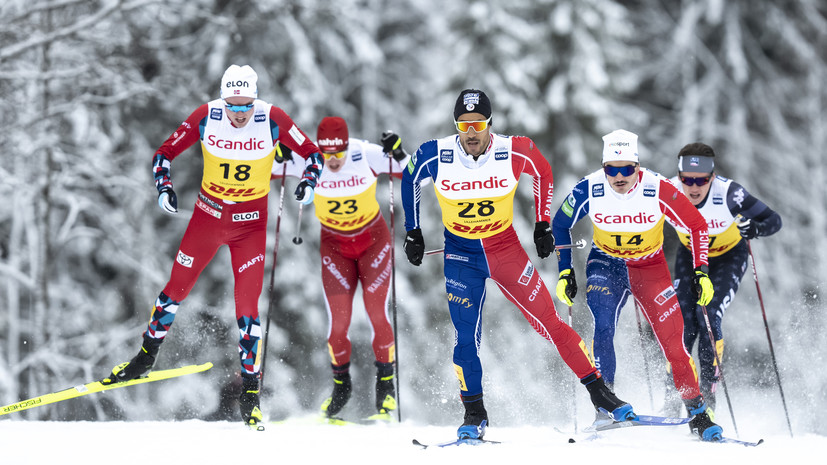 Sports experts around the world are sounding the alarm: in their opinion, interest in cross-country skiing is gradually declining.

First of all, this is evidenced by the almost complete absence of competition in international competitions.

To understand what we are talking about, it is enough to open the results of the last stage of the World Cup, which took place in Lillehammer, Norway.

There are nine representatives of the host country of the competition in the top ten men's “cutting” with a skate.

The final protocol of the mass start in the classical style turned out to be a little more diverse: two Swedes made their way into the top 10 at once - William Poroma and Eric Rushe, who took 5th and 8th places.

Four Norwegians, an Italian and a Swede ran in the sprint final.

In the women's part of the competition, the composition of the winners is a little more colorful, but basically everything boils down to the same Norwegians and Swedes.

“The fact that I don’t even remember the name of the guy who won in Lillehammer says a lot about the dominance of Norway,” admits Swedish biathlete Sebastian Samuelsson, referring to the previously unknown 22-year-old Iver Andersen, who won the “cutting”.

Eight-time Olympic champion Ole Einar Björndalen is sure that cross-country skiing is turning from a once popular sport into a cabal.

In his opinion, the lack of full-fledged competition in competitions is a disaster, and the international federation should make more efforts to popularize this sport.

“I'm not sure that the FIS contributes as much as the IBU and I hope that they will come to ensure that more countries receive sufficient support.

It is no coincidence that the IBU and biathlon have achieved what they have now.

For years they supported weaker countries - and continue to do so, ”Swedish Expressen quotes Björndalen as saying.

The coach of the national team, Yuri Borodavko, agreed with the famous biathlete and stressed that Russian representatives have been talking about these problems for quite a long time, but their opinion is not listened to.

“We have been warned for a long time that everything will be like this.

Everything was done to please some leaders in the FIS who promoted certain ideas.

There was a bias towards sprint, increasing distances.

I would even say more.

Loyalty to the Norwegian team about the same therapeutic approvals is also links in the same chain.

This gives them a certain advantage over the rest.

No other country has as many therapeutic approvals as Norway.

<...> There are a lot of components of the current state of skiing, ”Borodavko told Match TV.

At present, when Russia is isolated from international sports, the opportunities to influence the development of events are completely reduced to a minimum.

At the same time, according to the well-known commentator Dmitry Guberniev, problems in skiing did not appear this year, but the absence of Russians certainly aggravated them.

“With such an organization of skiing competitions, even compared to biathlon and other sports, FIS would have brought the sport to its knees in any case.

This is especially evident now, ”the TV journalist emphasized.

Earlier, he reproached Western skiers for the fact that the absence of domestic athletes is financially beneficial for them - you can easily win and receive prize money.

Norwegian Tiril Veng, as expected, did not agree with him.

According to her, all the girls in the Norwegian team would like to see the Russians on the track, but during the active conflict on the territory of Ukraine, this is not possible.

“The hat on the thief is on fire.

I hit them hard, that's understandable.

This is lies and hypocrisy.

<...> If you really need rivals from Russia, help them return, ”Guberniev commented on her words.

At the same time, he expressed bewilderment why the skiers of the national team themselves remain aloof from controversy and do not speak out on a burning topic.

“Guys, what are you doing?

Why are you all silent?

You spend the best years of your life in silence.

Skiers, you have been unfairly kicked out of the world sports family.

Nobody needs you even in Russia with the lack of broadcasts and so on.

What are you all afraid of, my God?

Be afraid further, ”he emotionally addressed the athletes.

But athletes probably prefer to prove not with words, but with deeds.

Moreover, their statements, most likely, will not change anything, because the IOC recently stated once again: the sanctions and protective measures against Russia and Belarus, which have been in force since February, remain in force.

Meanwhile, in the village of Vershina Tyoi in Khakassia, two stages of the country's Cup have already passed, in which there were some sensations.

The opening of the season was 19-year-old Savely Korostelev, who twice won sprint races, ahead of three-time Olympic champion Alexander Bolshunov.

At the moment, the son of the bronze medalist of the Games in Vancouver Natalia Korosteleva leads the overall standings of the tournament.

“We have a new, unique and very talented athlete who, at the age of 19, can be ahead of the Russian elite, read the world.

Now he shows the result at the highest world level despite the fact that he runs in Russia.

I am glad that it is very stable - this is not an accident and not a one-time action.

He won two sprints in a row, but he is also very strong in the distance.

He gets all these results in a tight fight, where the same Bolshunov needs to try very hard not to concede, ”said Alexander Panzhinsky about the rising star.

Among women, Veronika Stepanova took the lead in the overall standings, Natalya Nepryaeva is slightly behind her.

The next stage of the Cup will be held in the city of Chusovoy on December 10-13.