A matter of spotlights: the future no longer only depends on what Luis Enrique wants

It will not be long until it is known if Luis Enrique continues or not. None of the parties, neither he nor the Federation, wants to lengthen the uncertainty for a long time, which is increasingly... 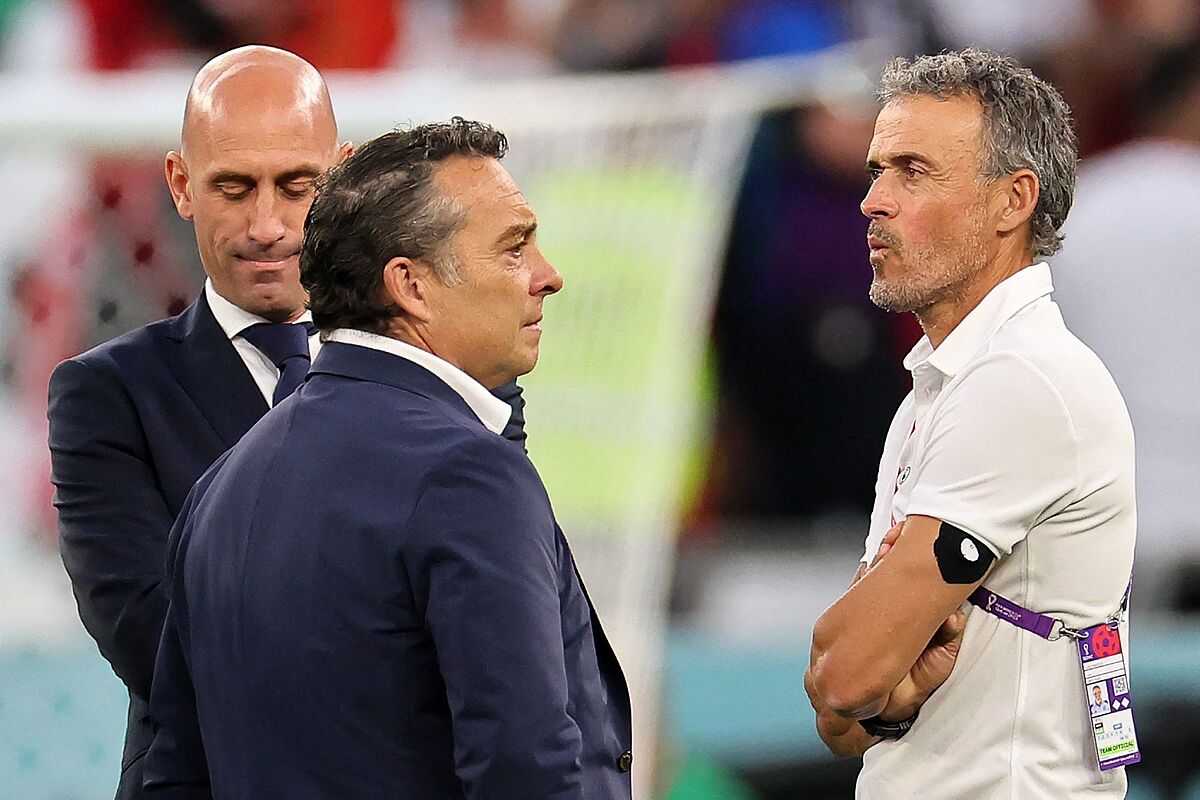 It will not be long until it is known if

None of the parties, neither he nor the Federation, wants to lengthen the uncertainty for a long time, which is less and less uncertainty.

Everything indicates that the coach is not going to continue, although none of the protagonists of this story, nor anyone around them, rule out any option.

and Luis Enrique are two impulsive characters, difficult to decipher, so

the conversation between them can come out of any corner

However, the end-of-cycle signals seem to prevail over those of prolongation, although the latter also exist.

For example, before the World Cup began, someone from the Federation offered the coach two alternatives to launch a project.

Luis Enrique gave his opinion and

, to be played next June in the Netherlands.

And that could lead to thinking that he wants to continue at least until June, but there are more details.

The figure of Luis Enrique has grown in this World Cup.

With the attention of all the international press, there has not been a pre-game appearance where they have not asked him about his Streamer facet.

His messages, about life, about fun football, that this is a show for the public, his advice to parents of footballing children, to coaches

... have definitely launched him to stardom, not only in Spain, where his Image has improved, and a lot, in sectors that were previously neutral with him, and where in no case are Real Madrid fans, who do not forgive him for his contempt in the past, but also abroad.

, an example that many people have drawn from football to assess how to deal with a really serious situation in life like the one the national coach has gone through.

Luis Enrique: "If there is someone responsible, it is me"

Luis Enrique: "If there is someone responsible, it is me"

And it is in those streams where it was possible to appreciate, behind the scenes, that something had changed in the Federation with respect to Luis Enrique.

, without having the communication team, and that did not go down too well in the house.

In fact, in his first 'stream', on Friday the 18th, a lot of personnel from that department were present, but in the following ones that disappeared.

As it was not a communicative initiative of the Federation, the involvement was diluted, and that the people in charge knew that each one of these interventions was a wonderful opportunity to start a fire.

Far from that, the coach's messages, it should be underlined, have helped improve his image.

But the coldness of the Federation with Luis Enrique comes from behind.

The direct ones could have been the straw that broke the camel's back, but the truth is that

, without putting in value, they think in there, the work of

, the sports director, of the rest of the sports bodies of the Federation and also, why not write it, of the president.

Luis Rubiales is a person who always claims, in some way, his share of the screen.

And it is not that he is jealous of Luis Enrique, but he would

prefer to democratize the success of these months a bit

back with the team, because the truth is that since he presided over the Federation, speaking only of sports, the team has gotten into two finals of the three to which it aspired in the League of Nations, it has reached the semifinals of a Euro Cup and only the

blur of falling with Morocco, in addition to the way it happened,

prevents extending praise for a project whose future, due to the age of the players, seems at least viable.

The coach, for his part, has nothing to reproach the Federation for.

On the contrary, he

The Asturian especially values ​​the door that he always had open when he had to leave him due to his daughter's illness.

The gesture of the Federation, which on several occasions told him: "Whenever you want to return, this is your home", and then complied with it, has remained in the heart of Luis Enrique.

But, in the philosophy of "the future does not exist", his body seems to ask him for a change.

Yesterday of course he didn't say anything

"I can't tell you if I'm going to continue or not because I don't know. This is not the time to talk about my future. The team has time until I compete again. You already know that I am very comfortable with the president [Luis Rubiales] and with Molina. If it were up to me, and because of the love they have shown me, I would continue all my life, but I have to think about what is best for me and for the team," he said.

Will what happened influence his decision?

"All the situations that have occurred are going to influence, of course they are. When I talk to the people I have to talk to, we'll see."

It won't take long for the outcome to be known.

The separation is closer, but with Rubiales and Luis Enrique in the middle, who knows.