Morocco is facing a historic achievement for the Arab teams.. Spain prepared with 1,000 penalty kicks

Morocco is seeking to reach the quarter-finals of the FIFA World Cup for the first time in its history when it faces renewed Spain and the 2010 champion. 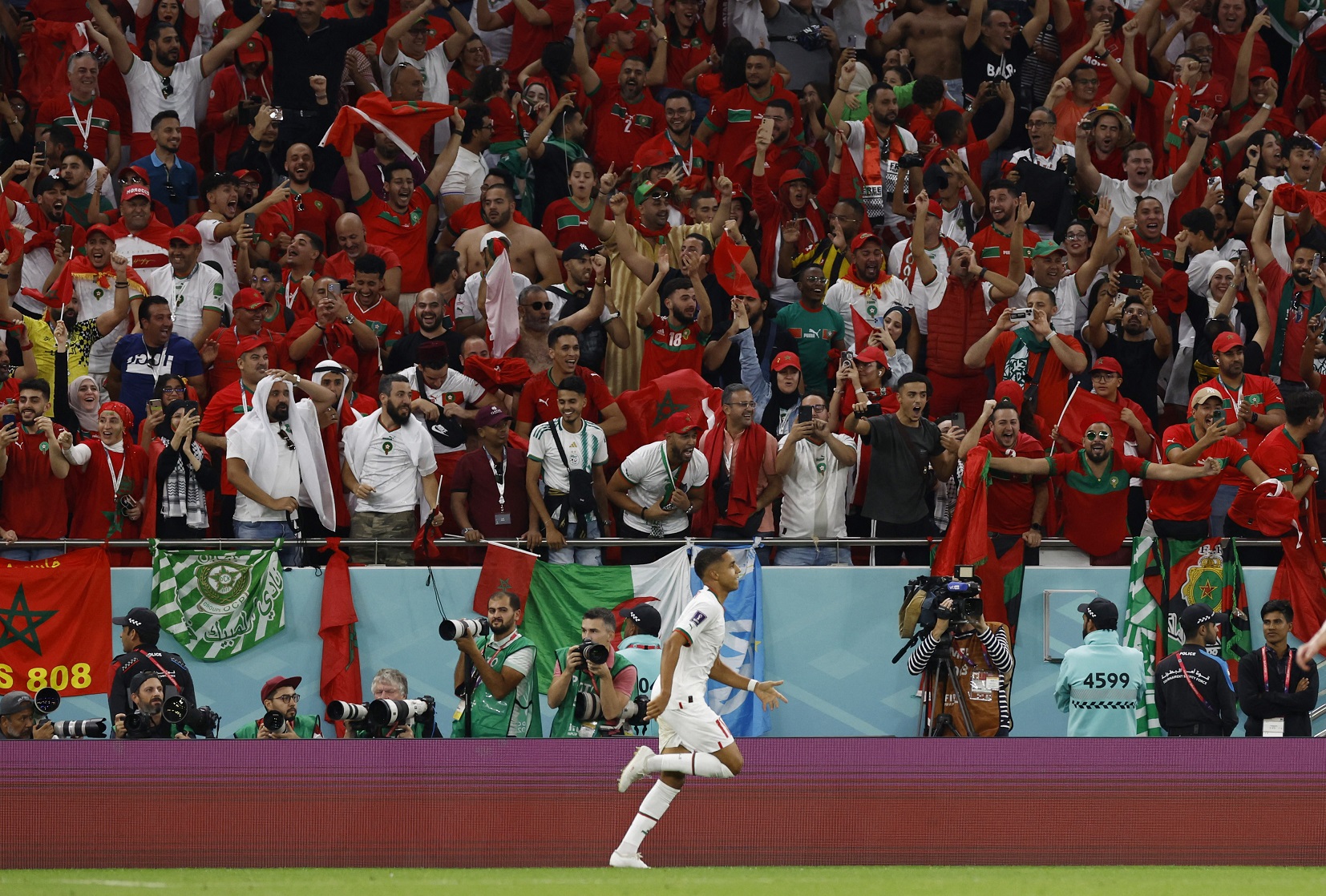 Morocco is facing a historic achievement for the Arab teams.. Spain prepared with 1,000 penalty kicks

Morocco is seeking to reach the quarter-finals of the FIFA World Cup for the first time in its history when it faces renewed Spain and the 2010 champion. It seems that the situation of veteran star Cristiano Ronaldo is shaky with Portugal, dreaming of a first title in its history, when it meets stubborn Switzerland on Tuesday at the end of the final price of the Qatar World Cup.

So far, three confrontations have been known in the quarter-finals: the Netherlands with Argentina, France with England, and Croatia with Brazil, while the winner between Morocco and Spain meets the winner between Portugal and Switzerland.

No Arab team managed to reach the quarter-finals of the World Cup, while this achievement was limited to three African teams: Cameroon 1990, Senegal 2002 and Ghana 2010.

Morocco will be able to catch up with them, if it overtakes Spain in a difficult match at the Education City Stadium, after reaching the 1986 final price was the best in its history in five previous participations.

The “Atlas Lions” achieved a beautiful surprise in the first round, drawing with Croatia, the runner-up of the last edition, beating third Belgium 2-0, then Canada 2-1.

Coach Walid Rekragui, who took over his assignment two months before the finals, instead of Bosnian Vahid Halilodjic, who was dismissed due to his disagreements with the players, especially the star Hakim Ziyech, confirmed that his team relied on his values, quality and qualifications to "create a surprise against Spain": "They know what they are offering, and they take possession of the ball in a way that harms the opponents." Their ownership percentage is 70 percent.

Bayern Munich full-back Naseer Mazraoui said, "I said before the start of the tournament that we can be crowned world champions. If you do not have confidence, you will not achieve this goal."

On the other hand, Spain appears to be a candidate despite losing to Japan 1-2 in the last round of the group stage, after its biggest crushing victory over Costa Rica 7-0 and then tied it against Germany 1-1.

And while speculation arose about Spain's "escape" from facing Brazil and Argentina in the quarter and semi-finals, midfielder Sergio Busquets confirmed that his team was not looking to avoid any opponent.

Spain caught the eye in the past decade when it won the World Cup in 2010 and the European Cup in 2008 and 2012, with a golden squad consisting of Barcelona and Real Madrid players, and its most prominent results in the past few years were reaching the semi-finals of the European Cup last summer.

Its coach, Luis Enrique, said that he gave each of his players an "imposition" to practice taking a thousand penalties before traveling to Qatar, because he is convinced that it is not a lottery but part of the game.