The Taegeuk Warriors did their best against Brazil... Interview after the game

Looking at the results of the match alone, it may be a bit disappointing. But our football team players did their best. He showed us that he did his best without giving up until the end. 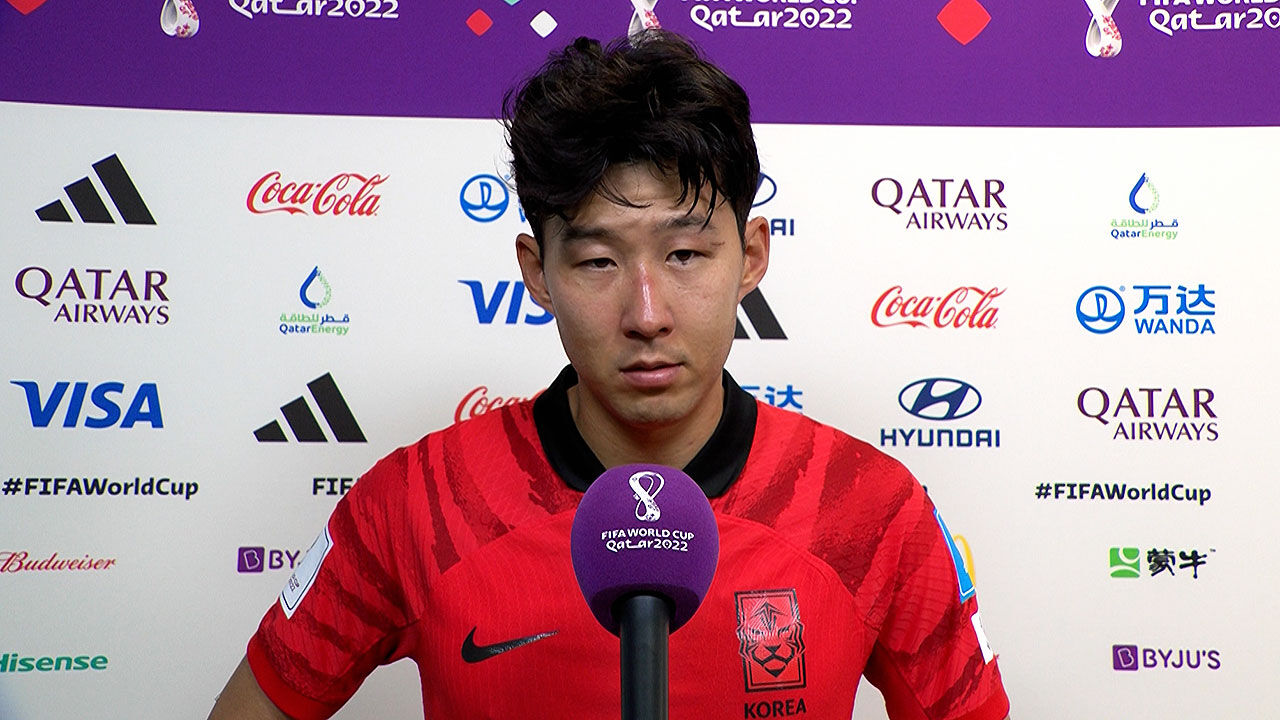 Looking at the match results alone, it may be a bit disappointing.

But our football team players did their best.

He showed us that he did his best without giving up until the end.

Our soccer team players expressed their feelings after the last match.

Let's listen to the voices of Taegeuk warriors together.

[Heung-Min Son/Captain of the soccer team: We did our best, but in the end, the players worked really hard to narrow this gap, but it seems like they played a very difficult game.

Still, I really want to say that the players fought really proudly to get to this point, and there is no doubt that they really dedicated and worked hard.]

[Baek Seung-ho/Soccer national team midfielder: Although we lost today, we seem to have shown everyone that we can do it with faith, so I'm a little satisfied with that.

I think I had a really good experience because this opportunity came, and I will work hard and try harder to show a better image in the future.]

[Hwang Hee-chan/Soccer team striker: I was very disappointed with the finish, but I was very proud of it. Anyway, there was a part where I worked hard without giving up, so I'm very, very proud.

I think it's a very proud moment to be a citizen of the Republic of Korea.]

[Hwang In-beom/Soccer team midfielder: (Korea) is proud of showing that it is a strong country when everyone joins forces...

I have a lot of regrets, but I don't think I have any regrets at all.

We put everything into it, and today's game, as well, watching the players fighting until the end against the world's strongest Brazil made me feel really proud that I was a part of this team.]

[Jung Woo-young/Soccer team defender: I think I poured out everything to the point where I felt I couldn't run anymore, so I don't think I have any regrets.

I don't think we should give up just because we lost to Brazil.

We think that even after 4 years, there are still many good players, so we can show better soccer, and I think we should take this part as hope.]