Serbia is being investigated for rowdy World Cup match

Emotions ran high as Switzerland defeated Serbia in the final group stage match of the FIFA World Cup in Qatar. Now Serbia, who lost the match 2-3, will be investigated by the International Football Association (FIFA). 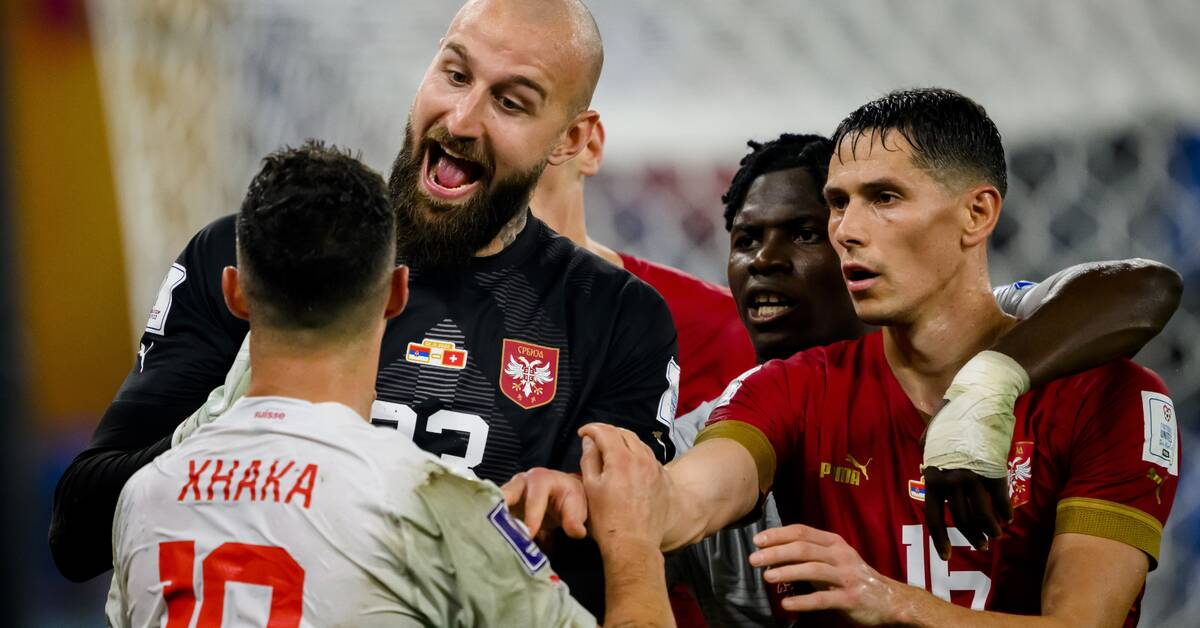 Serbia is being investigated for inappropriate behavior towards players and referees, as well as discrimination.

Fifa does not state when this should have happened, but during the match Serbian fans were told to "stop discriminatory chants and gestures".

It is not entirely clear what prompted the announcement, but it came shortly after a confrontation between Swiss team captain Granit Xhaka and several Serbian players.

The chants are said to have been strongly anti-Kosovo, whose sovereignty is not recognized by Serbia.

Agitated substitutes from Serbia's bench ran onto the pitch after Xhaka appeared to gesture at them, before the referee managed to calm the situation down.

Serbia is already the subject of a separate Fifa investigation after the national team hung a controversial flag in its dressing room.

The banner showed images of Kosovo as part of Serbia and the message "We will never give up".

Kosovo then reported Serbia to FIFA.

Serbia was eliminated from the World Cup in the group stage.

Uruguay may be penalized after refereeing dispute

Uruguay is also being investigated.

Four players - Edinson Cavani, José Maria Gimenez, Diego Godin and Fernando Muslera - risk punishment for aggressive behavior in connection with their attack on the referees after the final whistle in Friday's round of 16 against Ghana.

The Uruguayan federation is also at risk of being punished for discrimination, Fifa reports without giving any further details.

Fifa also writes that there is currently no date for its disciplinary committee to come up with a decision.

CLIP: Here the referee is forced to flee from the players: "There must be limits"

Here, referee Daniel Siebert is forced to flee after the match.