The loudest game between Korea and Uruguay... Noise measurement 131 decibels

At the 2022 World Cup in Qatar, Korea, which advanced to the round of 16 for the third time in 12 years, set a record for the tournament. FIFA announced today the various records created in the group stage. 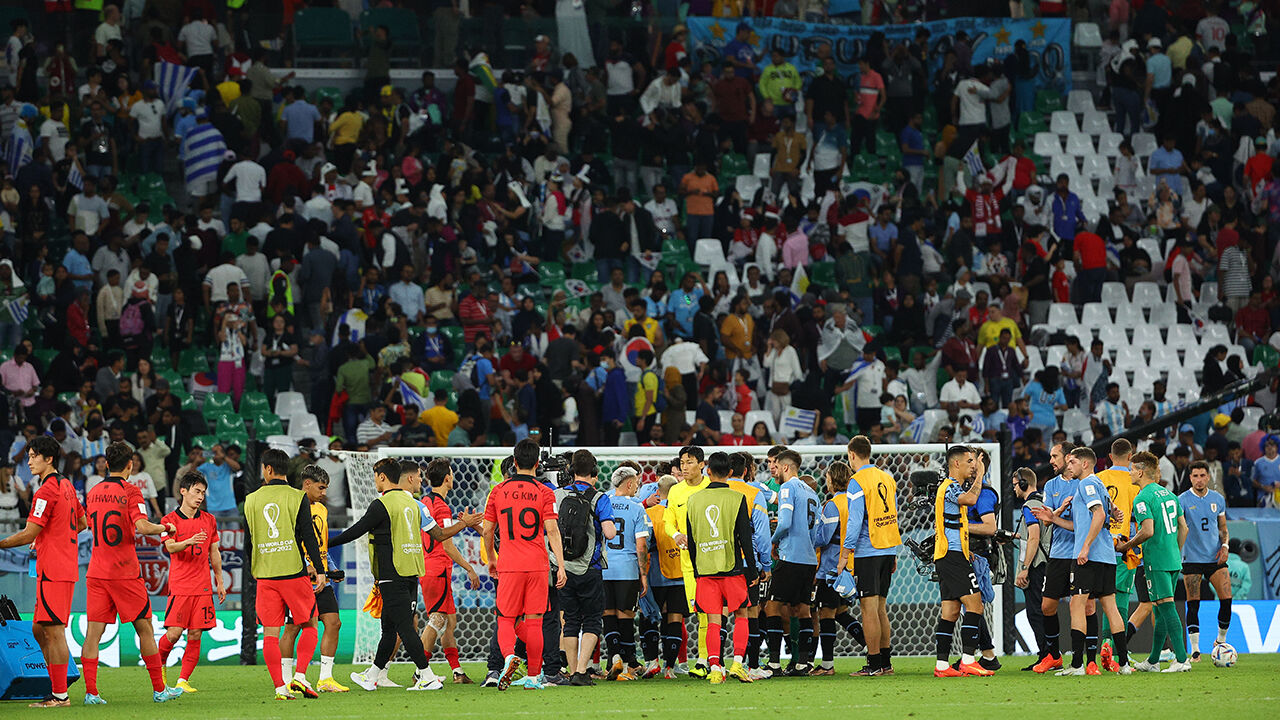 At the 2022 World Cup in Qatar, Korea, which advanced to the round of 16 for the third time in 12 years, set a record for the tournament.

Korea was mentioned twice in the record.

The shouts of 'Dae-Hanmin-Guk', which boosted the morale of the Taegeuk Warriors, echoed several times at the Doha Education City Stadium, where Korea played all three group stage matches.

FIFA measured the fervor of cheering in the stands at each stadium for 40 group league matches. left as a game.

The fourth place in this ranking was also 122 decibels measured in the Korea-Ghana match.

The rankings may change again if the noise measurement results of the final group H match on the 3rd, which confirmed Korea's advance to the round of 16 by defeating Portugal 2-1, come out.

The World Cup, which is being held for the first time in the Middle East, also gained wings at the box office.

FIFA explained that the cumulative crowd of 48 group stage matches was 2.45 million, 280,000 more than the 2.17 million in the Russian tournament four years ago, which is an average of 96% of the capacity of the stadium.

On the 27th of last month, at Lusail Stadium in Doha, Qatar, Argentina defeated Mexico 2-0 in the second leg of the Group C group stage, with 88,966 spectators, the largest number of spectators. It is the largest crowd in 28 years at a World Cup since 91,194 attended Dinah's Rose Bowl.

Portugal's flagship striker Cristiano Ronaldo scored goals in five consecutive tournaments for the first time ever, and in the match against Germany and Costa Rica, Stefanie Frapar (39, France) led by referee Neusa Back (Brazil) and Karen Dias (Mexico) were two assistant referees. FIFA said that it was the first time in the 92-year history of the World Cup to be played by three female referees.

It was the shortest distance between stadiums in the history of the World Cup, so there were unique things to see.

Qatar, the host country, made a transportation plan so that 8 stadiums could be moved by subway and tram, and as a result, an average of 707,032 people traveled to and from the stadium by subway and tram every day.

A total of 120 goals were scored in the group stage (average of 2.5 goals per match).