Griezmann's pacts: the compass of France that Deschamps calmed down in those half-hour nights

At the time of France's last training session, on the eve of the round of 16 match against Poland, calls to prayer thundered from some nearby mosques... 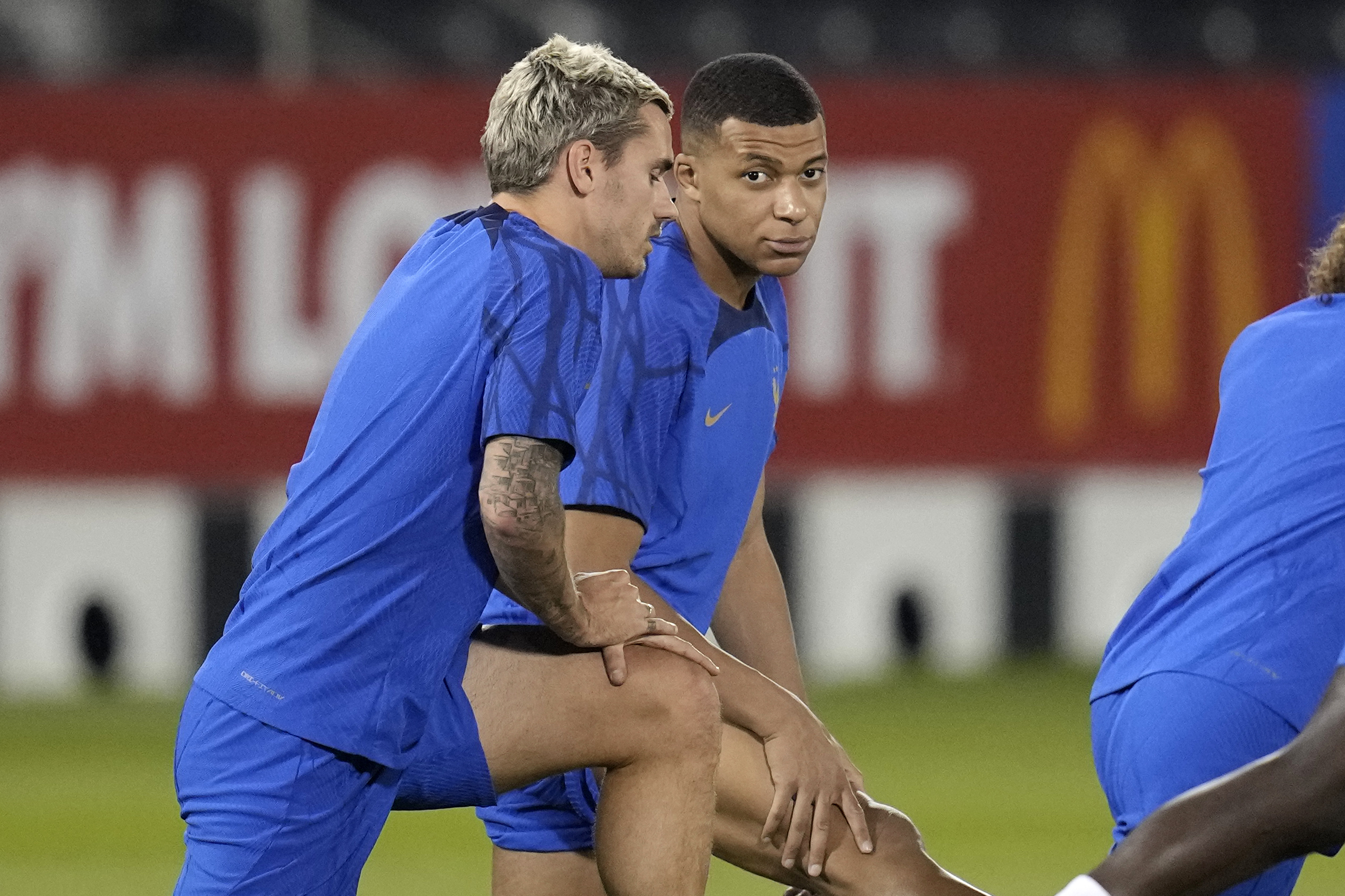 At the time of France's last training session, on the eve of the round of 16 match against Poland, calls to prayer thundered from some nearby mosques.

It no longer attracts their attention.

It's been more than two weeks (they arrived in Doha on November 16) interspersing those religious chants with their shouts and laughter, on the velvety and dense grass of the Al Sadd stadium.

try to convince the current champions that keeping the crown is possible.

From time to time, the coach would approach Antoine Griezmann to comment on something.

They didn't even need to talk, both understand each other with a simple look.

They have been doing it since that first call in March 2014, on the way to the World Cup in Brazil.

«I owe him everything in the selection.

I give everything for the shirt, for France, but also for him.

I want him to be proud of his 7 », Antoine proudly repeated last Friday.

The monumental story of him with

-113 games and 42 goals- cannot be understood without Didier's complicity.

During the months of August and September, Griezmann was locked up in a strange cage.

The loan agreement signed in the summer of 2021 between Barcelona and Atlético included an indigestible clause: if the Frenchman played 45 minutes in 50 percent of the games in which he was available, the rojiblancos would have to pay 40 million to execute player purchase.

So, since the pocket in the Metropolitan was not for any expense, much less of that caliber, in the club they opted for an extravagant measure of pressure: Antoine would never leave before the 60th minute (because of the added time).

The matter had been discussed since the preseason.

, the mattress coach, and Griezmann understood the entity's position.

He transmitted to him (if it was necessary) that the important thing was the quality of the minutes.

And the Frenchman, who maintains a special relationship with the Argentine coach, pushed forward.

Those bizarre scenes, with Antoine always waiting on the wing around the 60th minute, were never a threat to go to the World Cup.

Deschamps understood the situation and reassured the footballer, giving him to understand that, if he was physically at his best (as he was), his presence in Qatar was guaranteed.

Griezmann was very calm because he was aware that both at Atlético and in the French team everything would go well.

The signing of his new contract, on October 10, committing himself to the rojiblanco club until 2026, ended any intrigue and allowed him to focus on sports.

Although Antoine always tried to convey calm, the head unconsciously sometimes travels in another direction.

In the three months of competition, despite the shaky march of his team,

The relationship with Dembélé

Griezmann is happy in Qatar and that is the best news for his team.

He smiles at 31 years old, in the third World Cup of his career, without the obligation of the goal that he did have four years ago, in Russia 2018 (four goals and four assists).

«I think the team needs me more in creative work.

I don't have to rack my brain figuring out how I'm going to score”, he acknowledged two days ago, at the lectern of the multipurpose pavilion attached to the Al Sadd stadium.

From a further back place, with

(his best friend of his in the dressing room) and

ahead, it deploys its radar to move the offensive gears of France.

A sort of organizing midfielder from where the beats of his team are articulated.

It is not a new role for him, since Simeone has used him there on more than one occasion and Atlético, like France, has gained in clairvoyance.

Obviously, nothing would make sense if his physical condition, the result of his millimeter preparation, was not up to par.

, his personal chef, has been monitoring every detail of his nutrition since his first stage as a rojiblanco.

, physiotherapist for the French team at Euro'16 and an extremely trustworthy person, has been another complement for his legs to have become so sharp.

Happiness is above all else in the way Griezmann understands life.

The goal is no longer something that torments him, despite the year that he has not scored with the national team.

Although that does not mean that he does not get annoyed when an occasion fails.

Or, as happened against Tunisia, when it is annulled.

"I think I was one of the first players to have a goal disallowed by VAR," he lamented after falling (1-0), already with the pass to the round of 16 in his pocket.

France filed a claim for the annulment of the goal, but it didn't matter.

Tonight, against Poland, Antoine, who is looking for his third quarter-final, will once again be Deschamps' compass.

Much of what she has is owed to him.