Hwang Hee-chan, who played the role of 'Express Joker'... A 'one shot' that broke the injury and decided the game

&lt;Reporter Kim Young-seong&gt; Hwang Hee-chan, who missed the first and second games due to a thigh injury, was replaced at the most important moment and became the main character of the victory. It was a really twisted drama. 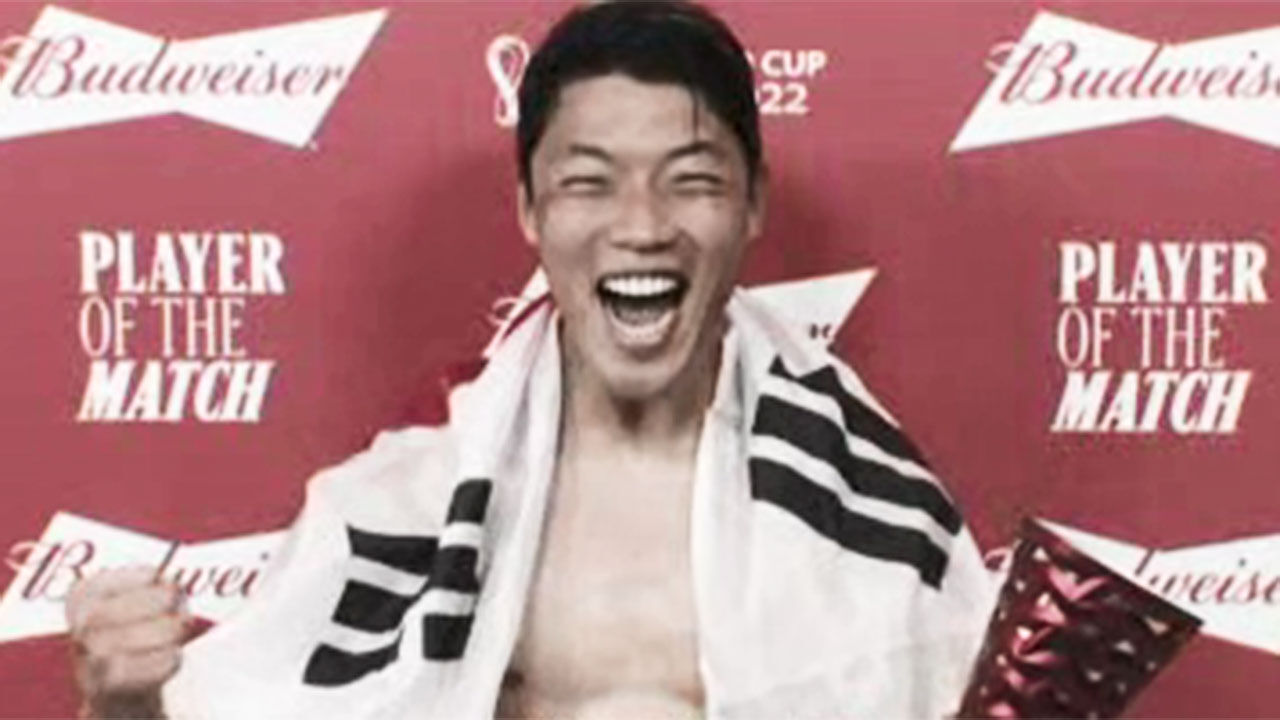 Hwang Hee-chan, who missed the first and second games due to a thigh injury, was replaced at the most important moment and became the main character of the victory.

It was a really twisted drama.

This is Reporter Bae Jeong-hoon.

the middle of the second half of the frustrating 1-on-1 confrontation,

Hee-chan Hwang quickly runs to Coach Coelho's words, takes off his training clothes, puts on underwear for data measurement, a so-called GPS vest, and changes into a uniform to receive operational instructions.

And he showed off his strong presence as soon as he was put in in the 21st minute of the second half.

He stirred up the opposing defender’s camp with a reckless breakthrough and energized the attack by showing off perfect breathing with Son Heung-min.

And he hit the long-awaited shot in extra time in the second half.

When Son Heung-min started running, he terribly caught up and crossed the ground, passed through the offside trap, and shook the net non-stop.

In the aftermath of his thigh injury, he shook off the pain that had only kept him on the bench, and achieved a thrilling come-from-behind victory and advance to the round of 16 with his own hands.

Ignoring the warnings, he took off his top and performed a powerful biceps ceremony.

[Hwang Hee-chan/Soccer team striker: I was so sorry that there was a part I couldn't help, and I think I prepared it with such mental strength that it doesn't matter if it hurts.

However, I am so grateful for such a good result, and I think I am so happy that it was a moment I am really proud of.]

The family shed tears of emotion as they saw Hwang Hee-chan fly away from his injury,

[Hwang Hee-jung/Hwang Hee-chan sister: I cried so much that I had to put on makeup. I worked hard, but everything was erased.

I was so proud and so proud...

Hwang Hee-chan shook off the pain of his slump four years ago and was voted MVP of the match with his first World Cup goal in his life.

[Hwang Hee-chan/Soccer team striker: I think I need to focus on resting well, recovering, winning the round of 16 and showing a good game.] Hwang Hee -chan, who recovered from his

injury and returned to Bentuho's core power, is preparing for another miracle.