The equalizer that paved the way for victory was 'goal-scoring defender' Kim Young-gwon. Kim Young-gwon, who wrote the 'Miracle of Kazan' by scoring the winning goal against Germany four years ago, scored another goal against Portugal this time, leading them to advance to the round of 16. 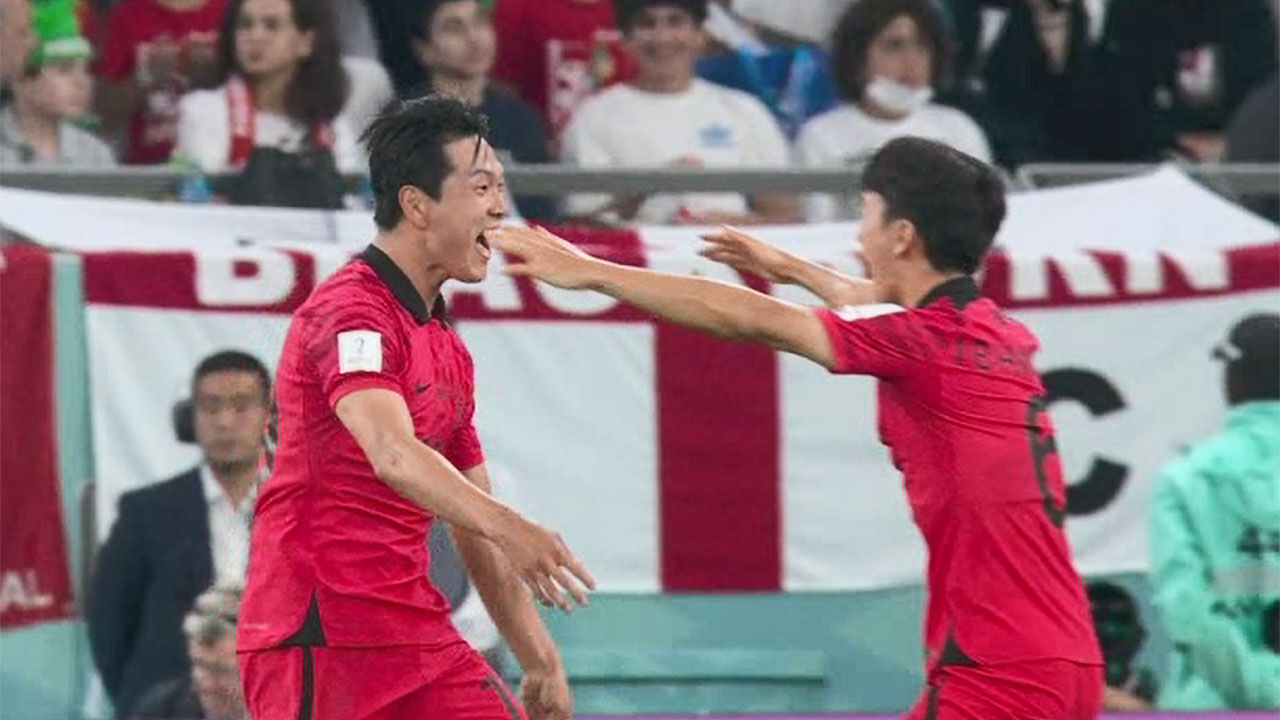 The main character of the equalizer that laid the foundation for victory was Kim Young-kwon, the 'goal-scoring defender'.

Kim Young-gwon, who wrote the 'Miracle of Kazan' by scoring the winning goal against Germany four years ago, scored another goal against Portugal this time, leading them to advance to the round of 16.

This is Reporter Lee Jeong-chan.

While central defensive partner Kim Min-jae was out due to a muscle injury, Kim Young-gwon, who started three games in a row, literally gnashed his teeth and ran.

In the 23rd minute of the first half, trailing 1-0, when a cross came from the side, he kicked it with all his might, preventing Ronaldo from scoring an extra run.

He then scored a corner kick opportunity four minutes later.

When Lee Kang-in's corner kick hit Ronaldo's back and flowed backwards, he didn't lose concentration and connected it with a left-footed shot, shaking the net.

Kim Young-gwon, who led the 'Miracle of Kazan' by scoring the winning goal in the third game against Germany four years ago, once again enjoyed the joy of kissing the arms engraved with his family's name.

In the 36th minute of the second half, Kim Young-gwon, who poured out everything in a one-step battle, finally collapsed on the ground and resigned to the bench, saying that he could not play any more.

With Hwang Hee-chan scoring the winning goal and finishing the game first in second place in the group, Kim Young-kwon, who was watching the Uruguay-Ghana match with his teammates, jumped up and down with enthusiasm when the round of 16 advance was confirmed.

[Kim Young-kwon/Soccer national team defender: I think Hee-chan is happy because of that goal, and Hee-chan came up with a come-from-behind goal again.

I am really happy and very happy that that 1% possibility has become a reality.]

Kim Young-kwon, who had a harsh declaration ceremony at the World Cup debut stage in Brazil, later fired a signal of a reversal in Korean football in Russia,

[Kim Young-kwon (Russia in 2018) After the match against Germany in the World Cup): I will make more sacrifices and strive to improve for the sake of Korean soccer

Kim Young-kwon's last World Cup is not over yet.

Young-kwon Kim, the man from the 3rd game, is now preparing for another miracle on the tournament stage.