Here the referee is forced to flee from the players: "There must be limits"

Emotions boiled over in Uruguay after the exit from the World Cup. Several players raged at referee Daniel Siebert - who was forced to flee the field. - The emotions overflow. There must be limits, says SVT Sports expert Jonas Eriksson. 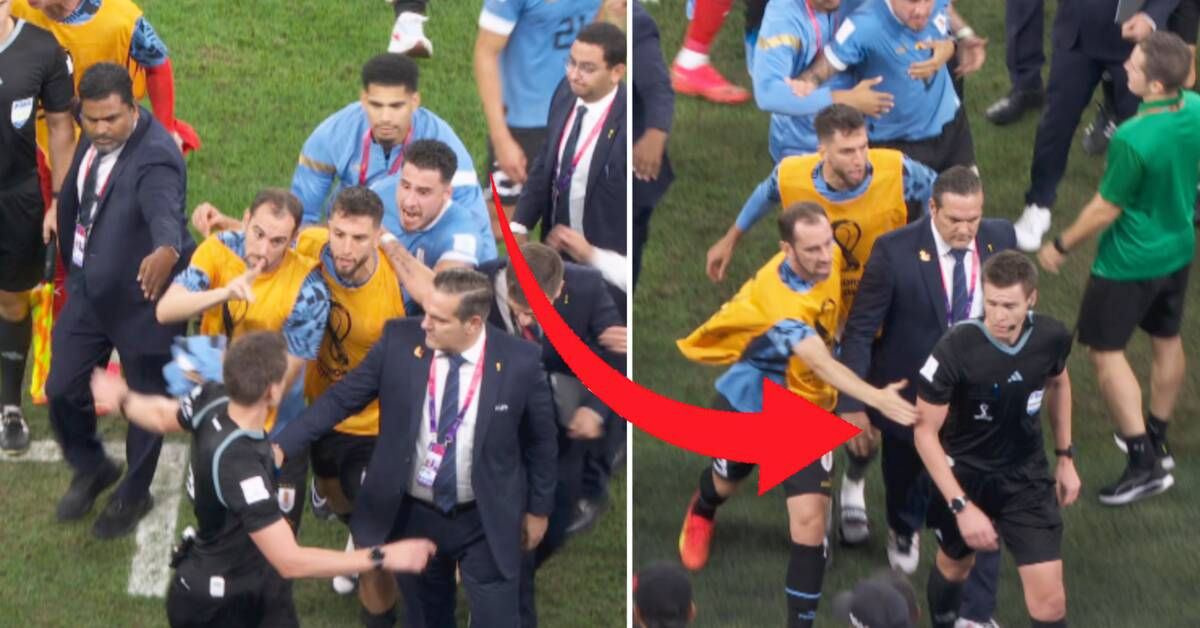 Uruguay beat Ghana 2–0 in the final group stage match, but it was not enough to advance from the group stage.

They needed one more goal to progress - and the chances were there to get the third.

In the second half, Uruguay also screamed for penalties on several occasions, but were denied by German referee Daniel Siebert.

After the game, the players were furious with the referee.

- You can see that there is a lot of frustration with the referee, but they have themselves to blame, says SVT Sports expert Markus Johannesson.

See the situation in the player above.